Is Vaping Bad for You? And 12 Other FAQs 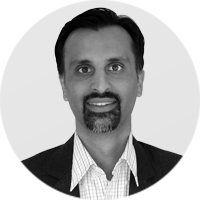 Vaping has risks, regardless of what you vape. Starting to use e-cigarettes, or switching from cigarettes to e-cigarettes, increases your risk of devastating health effects. The safest option, according to the American Cancer Society, is to avoid both vaping and smoking altogether.

Research into the health effects of vaping is ongoing, and it may take some time before we understand the long-term risks.

Here’s what we currently know about the effects of vaping fluids with and without nicotine, as well as vaping marijuana or CBD oil.

How does vaping affect your heart?

The authors of a 2019 review point out that e-liquid aerosols contain particulates, oxidizing agents, aldehydes, and nicotine. When inhaled, these aerosols most likely affect the heart and circulatory system.

A 2018 report from the National Academies Press (NAP) found significant evidence that taking a puff from a nicotine e-cigarette triggers an increase in heart rate.

The authors also described moderate evidence suggesting that taking a puff from an e-cigarette increases blood pressure. Both could affect heart health over the long term.

A 2019 study assessed data from a nationwide survey of nearly 450,000 participants and found no significant association between e-cigarette use and heart disease.

However, they did find that people who smoked both conventional cigarettes and e-cigarettes were more likely to have heart disease.

Another 2019 study based on the same nationwide survey found that e-cigarette use was associated with an increased risk of a stroke, heart attack, angina, and heart disease.

The authors of 2018 study used data from a different national health survey to come to a similar conclusion: Daily vaping is associated with an increased risk of heart attack, even when other lifestyle factors are taken into consideration.

Finally, a of the cardiovascular effects of vaping indicates that e-cigarettes may pose certain risks to the heart and circulatory system, notably for people who already have some form of heart disease.

However, the researchers concluded that, overall, vaping is thought to be less harmful to the heart than smoking cigarettes.

How does vaping affect your lungs?

Some studies suggest that vaping may have negative effects on the lungs, but more research is needed.

In particular, a 2015 study examined the effects of flavored e-juices on both human lung cells and lung cells in mice.

The researchers reported a number of adverse effects on both types of cells, including toxicity, oxidation, and inflammation. However, these results aren’t necessarily generalizable to vaping in real life.

A 2018 study assessed the lung function of 10 people who had never smoked cigarettes immediately after vaping fluids either with or without nicotine.

The researchers concluded that vaping both with and without nicotine disrupts normal lung function in otherwise healthy people.

However, this study had a small sample size, which means the results may not apply to everyone.

The same 2018 report from the NAP found that there’s some evidence that e-cigarette exposure has adverse effects on the respiratory system, but that additional studies are required to understand the extent to which vaping contributes to respiratory diseases.

Finally, lung health effects are not expected to be seen for 20 to 30 years. This is why it took as long as it did for the negative health effects of cigarettes to be widely recognized. The full magnitude of effects of toxic e-cigarette ingredients may not be known for another 3 decades.

How does vaping affect your teeth and gums?

Vaping appears to have a number of negative effects on oral health.

For instance, a 2018 study reported that exposure to e-cigarette aerosol makes teeth surfaces more prone to developing bacteria. The authors concluded that vaping may increase the risk of cavities.

Another study from 2016 suggests that vaping is associated with gum inflammation, a known factor in the development of periodontal diseases.

Similarly, a 2014 review reported that vaping may trigger irritation in the gums, mouth, and throat.

Finally, the same NAP report from 2018 concluded there’s some evidence that both nicotine and nicotine-free e-cigarettes can damage oral cells and tissues in people who don’t smoke cigarettes.

Are there other physical effects to consider?

Some of these cellular changes have been linked to the development of cancer over the long term, though there’s currently no evidence to suggest that vaping causes cancer.

The report that vaping with nicotine can permanently affect brain development in people under the age of 25.

It’s possible that we don’t yet know all the physical effects of vaping.

Is there a difference between vaping and smoking cigarettes?

The long-term effects of smoking cigarettes are well-documented, and include an increased risk of stroke, heart disease, and lung cancer.

According to the , cigarette smoking causes nearly 1 out of every 5 deaths in the United States.

Vaping might appear to be a less risky choice for people who are trying to quit smoking. However, that doesn’t mean there aren’t risks involved, even if the vape liquid is nicotine-free.

There is limited evidence to date of the long-term effects of vaping, because we know the lung effects of vaping will take decades to develop. But based on the experience with cigarettes, similar adverse health effects including COPD, heart disease, and cancer can be expected.

According to the 2018 NAP report, secondhand vapor contains nicotine, particulate matter, and volatile organic compounds (VOCs) at concentrations that are above recommended levels.

More research needs to be done to understand the long-term health effects of secondhand exposure to e-cigarette vapor.

Is there a difference between vaping and Juuling?

Juuling refers to vaping with a specific e-cigarette brand. It carries the same health risks as vaping.

A Juul is a thin, rectangular e-cigarette that can be charged in a USB port.

The e-liquid comes in a cartridge called a Juulpod or J-pod, and it usually contains nicotine.

Does it matter if the fluid contains nicotine?

Vaping is not safe, with or without nicotine. But vaping nicotine-containing products further increases the risk of addiction.

However, e-cigarettes still pose health risks, even without nicotine.

Nicotine-free e-juice contains a number of potentially toxic chemicals, such as base liquids and flavoring agents.

More research needs to be done in order to understand the side effects of nicotine-free vaping.

What about vaping marijuana or CBD oil?

If you vape marijuana, side effects can include:

These side effects tend to be mild.

Marijuana and CBD e-liquids usually contain other chemicals, such as base liquids or flavoring agents. They may cause side effects similar to those of nicotine-free e-cigarettes.

The fluid flavor does matter. A 2016 report indicated that many vape fluids contain flavoring agents at concentrations that may pose risks to users.

Another study from 2016 tested more than 50 e-juice flavors. The researchers found that 92 percent of the flavors tested for one of three potentially harmful chemicals: diacetyl, acetylpropionyl, or acetoin.

Researchers in a 2018 study found that cinnamaldehyde (found in cinnamon), o-vanillin (found in vanilla), and pentanedione (found in honey) all had toxic effects on cells.

It’s difficult to know for sure which flavors contain respiratory irritants, as ingredients tend to differ from one brand to the next.

To be safe, you might want to avoid the flavors listed below:

Are there certain ingredients to avoid?

If you’re concerned about the side effects of vaping, you might want to avoid the following ingredients:

The above ingredients are known irritants.

Are there other ways to minimize side effects?

If you’re concerned about the adverse effects of vaping, try the following:

If you’re using vaping to quit smoking, you should gradually reduce your dose of nicotine. Transitioning to nicotine-free vaping can help you minimize side effects.

Drink water right after you vape to prevent symptoms such as dry mouth and dehydration.

Brush your teeth after

To reduce oral side effects after vaping, brush to clean the surface of your teeth.

When should you see a doctor?

It can’t hurt to talk to a doctor or other healthcare professional about the risks of vaping, especially if you already have a chronic health condition, such as asthma.

You may also want to make an appointment with a doctor if you think vaping is behind any new symptoms, such as coughing, difficulty breathing, or increased heart rate.