Lyme Disease Transmission: Can It Spread from Person to Person?

Can you catch Lyme disease from someone else? The short answer is no. There’s no direct evidence that Lyme disease is contagious. The exception is pregnant women, who can transmit it to their fetus.

Lyme disease can become debilitating for some people and life-threatening if it isn’t treated.

The estimates that 300,000 people in the United States are diagnosed with Lyme each year. But many cases may go unreported. Other studies suggest that the incidence of Lyme may be as high as 1 million cases per year.

Diagnosis is challenging because Lyme symptoms mimic those of many other diseases.

What’s the most common way to get Lyme?

Blacklegged deer ticks infected with Borrelia burgdorferi transmit the Lyme bacteria when they bite. The ticks, Ixodes scapularis (Ixodes pacificus on the West Coast), can also transmit other disease-causing bacteria, viruses, and parasites. These are called coinfections.

A tick requires a blood meal at each stage of its life — as larvae, nymphs, and adults. Ticks normally feed on animals, ground-feeding birds, or reptiles. Humans are a secondary blood source.

Most bites to humans are from tick nymphs, which are the size of poppy seeds. It’s hard to spot them, even on open skin. The prime seasons for human tick bites are late spring and summer.

As an infected tick feeds on you, it injects spirochetes into your blood. has shown that the severity (virulence) of infection varies, depending on whether the spirochetes are from the tick’s salivary glands or the tick’s midgut. In this animal research, infection required 14 times more midgut spirochetes than saliva spirochetes.

Depending on the tick’s bacterial virulence, you could be infected with Lyme within of the tick bite.

Can you get Lyme from bodily fluids?

Lyme bacteria may be found in bodily fluids, such as:

But there’s no hard evidence that Lyme spreads from person to person via contact with bodily fluids. So don’t worry about kissing someone with Lyme.

Can you get Lyme from sexual transmission?

There’s no direct evidence that Lyme is sexually transmitted by humans. Lyme experts are divided about the possibility.

“The evidence for sexual transmission that I’ve seen is very weak and certainly not conclusive in any scientific sense,” Dr. Elizabeth Maloney told Healthline. Maloney is president of the Partnership for Tick-Borne Diseases Education.

On the other hand, Lyme researcher Dr. Raphael Stricker told Healthline, “There’s no reason why the Lyme spirochete can’t be sexually transmitted by human beings. How commonly it occurs, or how difficult it is, we don’t know.”

Stricker has called for a “Manhattan Project” approach to Lyme, including more research.

Indirect studies of human transmission are , but not definitive. A few animal studies of sexual transmission of the Lyme spirochete have shown that it does occur in some cases.

It’s not ethical to test sexual transmission by deliberately infecting humans, as was done with syphilis in the past. (The syphilis spirochete is transmitted sexually.)

A found live Lyme spirochetes in semen and vaginal secretions of people with documented Lyme. But this doesn’t necessarily mean there are enough spirochetes to spread infection.

Can you get Lyme from a blood transfusion?

There are no documented cases of Lyme transmission via a blood transfusion.

But the Lyme spirochete Borrelia burgdorferi has been isolated from human blood, and an older found that Lyme spirochetes could survive the normal blood bank storage procedures. For this reason, the recommends that people being treated for Lyme shouldn’t donate blood.

On the other hand, there have been more than 30 cases of transfusion-transmitted babesiosis, a parasite coinfection of the same black-legged tick that transmits Lyme.

Can Lyme be transmitted during pregnancy?

A pregnant woman with untreated Lyme can to the fetus. But if they receive adequate treatment for Lyme, adverse effects are unlikely.

A of 66 pregnant women found that untreated women had a significantly higher risk of adverse pregnancy outcomes.

Infection from the mother to the fetus can occur within the first three months of pregnancy, according to Donta. If the mother is untreated, the infection would result in congenital abnormalities or miscarriage.

There’s no credible evidence, Donta said, that maternal-to-fetal transmission manifests itself months to years later in the child.

Lyme treatment for pregnant women is the same as for others with Lyme, except that antibiotics in the tetracycline family shouldn’t be used.

Can you get Lyme from your pets?

There’s no evidence of direct transmission of Lyme from pets to humans. But dogs and other domestic animals can bring Lyme-carrying ticks into your home. These ticks could attach to you and cause infection.

It’s a good practice to check your pets for ticks after they’ve been in tall grass, underbrush, or wooded areas where ticks are common.

Symptoms to watch for if you’ve been around ticks

The symptoms of Lyme vary widely and mimic those of many other diseases. Here are some common symptoms:

Again, there’s no direct evidence of person-to-person transmission of Lyme. If someone you live with has Lyme and you develop symptoms, it’s most likely because you’re both exposed to the same tick population around you.

Take preventive measures if you’re in an area where there are ticks (and deer):

Lyme is an underreported epidemic in the United States. Diagnosis is challenging because Lyme symptoms are like those of many other diseases.

There’s no evidence that Lyme is contagious. The one documented exception is that pregnant women can transmit the infection to their fetus.

Lyme and its treatment are controversial topics. More research and research funding are needed.

If you suspect you have Lyme, see a doctor, preferably one who has Lyme experience. The International Lyme and Associated Diseases Society (ILADS) can provide a list of Lyme-aware doctors in your area. 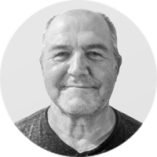