IBS and Your Period: Why Are Symptoms Worse?

If you’ve noticed your IBS symptoms worsen during your period, you’re not alone.

It’s quite common for women with irritable bowel syndrome (IBS) to observe their symptoms change at different points during their menstrual cycle. Experts have estimated half of women with IBS experience worse bowel symptoms during their period.

A concluded the fluctuation of sex hormones during the menstrual cycle may evoke different responses for women with IBS compared to those without IBS.

Hormones, IBS, and your period

The hormones that are most involved in the menstrual cycle include:

Receptor cells for female sex hormones reside throughout a woman’s gastrointestinal tract. A concluded that hormone fluctuations (especially estrogen and progesterone) in women of reproductive age influence gastrointestinal (GI) function. This is particularly the case for those with IBS or inflammatory bowel disease (IBD).

IBS symptoms related to your period

For women who have IBS, their menstrual symptoms may be more frequent and worse. They can include:

Treating IBS symptoms during your period

Treating IBS symptoms during your period follows the same guidelines for treating your IBS symptoms at any other time. You can:

Also, stick with the medications your doctor recommends or has prescribed you. These may include:

Many women with IBS find that their symptoms worsen before or during their period. This isn’t unusual. In fact, it’s pretty common. 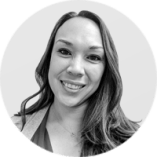