How Long Do Dreams Last?

Artists, authors, philosophers, and scientists have long been fascinated with dreams. Greek philosopher Aristotle wrote an entire treatise on dreams, and William Shakespeare mused about dreaming in the tragedy “Hamlet.”

We still talk a lot about dreams today. We often muse about what they could mean. And we know that almost all people do dream, regardless of whether (or how well) they remember those dreams when they wake up.

But why do we dream? The short answer is scientists don’t really know for certain.

Regardless of why we dream, it’s interesting to take a closer look at dreams and how long they may last.

How long do dreams really last?

It’s hard to say how long an individual dream may last. But experts can provide estimates about how long you may spend dreaming.

According to the National Sleep Foundation, the average person dreams four to six times per night. You might spend as much as 2 hours in dreamland over the course of a night’s sleep, reports the National Institutes of Health.

How long does REM sleep last?

Most of the dreaming seems to occur during rapid eye movement, or REM sleep. REM sleep is one of the two basic categories of sleep that your body experiences, with the other being non-rapid eye movement (NREM) sleep.

And while you can dream during NREM sleep, your dreams are more likely to be the most vivid during REM sleep.

REM sleep cycles tend to occur about every 1.5 to 2 hours. Your body will first enter REM sleep about 90 minutes after you fall asleep. But you might only remain in that first cycle of REM sleep for 5 minutes or so.

Later, when you cycle back through NREM sleep into REM sleep again, you may remain in REM sleep for a longer period of time.

You might spend a half-hour in a cycle of REM sleep as the night wears on. If you sleep for about 8 hours, you might spend approximately one-quarter of that time in REM sleep.

How long do nightmares last?

Can you remember having a nightmare? The American Academy of Sleep Medicine estimates that somewhere between 50 and 85 percent of adults say they’ve had a nightmare.

There doesn’t seem to be a definitive answer about how long a typical nightmare lasts. But experts note that nightmares do tend to happen in later cycles of REM sleep, often in the last third of the night.

Women are more likely than men to report that they’ve had nightmares. There are numerous potential causes, including stress and anxiety or certain medications.

And while anyone can have an occasional heart-pounding nightmare, some people experience regular episodes of nightmare-filled sleep.

Some of these nightmares can be attributed to PTSD, while others may not seem to have a readily identifiable cause.

But research suggests as many as of people who’ve experienced trauma have regular nightmares.

There are treatment options available to help people with nightmare disorder, including image rehearsal therapy and cognitive behavioral therapy.

So, if you think you may be affected, talk to your doctor.

How many dreams do we have a night?

It’s almost impossible to determine how many dreams you have in a typical night.

To complicate things, you may have dreams but wake up and have no memory of them.

Other fun facts about dreams

Dreams seem to be irresistible to researchers, who continue to explore the science behind them. Here are some other interesting facts about dreams and dreaming:

When it comes to dreams, everyone is different. Maybe you rarely, if ever, recall any of your dreams. Or maybe you may frequently wake up with a vivid recollection ringing in your head.

But regardless of whether you remember your dreams or not, you do dream at various points in the night, if you sleep long enough.

It’s just your brain at work in a nightly process with some still-to-be-determined goal.

If you start to experience nightmares on a recurring basis, though, contact your doctor. Your nightmares could be the result of an underlying medical condition that can be addressed. 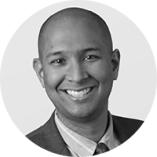