Is Surgery an Option for Hidradenitis Suppurativa? 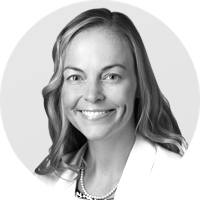 Hidradenitis suppurativa (HS) is a disease that causes painful, pus-filled open wounds to form under the skin, which later turn into hard lumps. These growths are difficult to treat, and they often come back after they’re treated.

HS mostly affects parts of the body that have apocrine sweat glands. These are the sweat glands in our body usually associated with thicker hair follicles. As a result, the wounds from HS usually appear on the groin, buttocks, and other genitals as well as the armpits.

When the wounds heal, they form scars. In severe cases, tunnels called sinus tracts develop from the wound under the skin. The tracts trap sweat and bacteria under the skin, which can cause inflammation and infection.

Medications such as antibiotics and pain relievers can help manage symptoms. People who have a lot of lumps and scars may need surgery to remove them. In general, people with stage 2 or 3 HS benefit more from surgery than other treatments.

Read on to learn about surgery for HS, complications, benefits, and more.

Doctors use a few different procedures to treat HS. It’s not clear from the research which of these surgery types works best.

Your doctor will recommend a type of surgery for you based on factors like:

This is the most invasive type of surgery. Your doctor will remove the growths, along with a large area of healthy skin around the growths to prevent them from coming back. If the surgeon removes a lot of skin, you may need a graft from another part of your body to cover the wound.

Wide excision of the genital areas may require more aggressive surgery. In some cases, a temporary colostomy, or stool bag, may be necessary to allow the surgically removed areas to health without contamination.

This procedure is an alternative to wide excision for people with stage 2 or 3 HS. In tissue-sparing surgery, the surgeon removes (excises) only the affected areas of skin. Then electrosurgery with high-frequency energy seals off the wound.

This technique causes less scarring than wide excision, but HS is more likely to come back afterward.

This treatment removes one growth at a time. It works best for people who only have a few affected areas on their body.

Deroofing is the main treatment for growths that won’t go away, and for sinus tracts. It may be an option for people with stage 1 or 2 HS.

During this procedure, the surgeon removes the “roof” or top part of the tissue over the sinus tract with surgical scissors, a laser, or electrosurgery. The wound then heals over with minimal scarring.

This treatment is an option for stage 1 or 2 HS. It treats sinus tracts by injecting liquid nitrogen into them. The cold freezes and destroys the tunnels.

A laser produces a beam of light that generates heat. The heat destroys HS growths. Laser treatment may put some people with HS into remission.

To relieve pain quickly, your surgeon can cut open the lumps and drain the pus from them. This procedure eases pain temporarily, but it’s expensive and HS often comes back afterward.

Surgery for HS can cost several thousands of dollars. Wide excision is generally more expensive than deroofing because it requires general anesthesia and a hospital stay. Health insurance should cover all or most of the costs for these procedures, with the exception of laser treatments.

Any surgery poses risks like bleeding and infection. It’s also possible for HS to come back after treatment.

With open surgery, the doctor must remove an area of healthy tissue along with the growths. This can leave large scars or hardening of the tissue in the area, called contractures. Surgery can also damage nerves or blood vessels in the treated area.

Tissue-sparing surgery also causes scarring, but usually less than with open excision. It has a shorter recovery time than excision, but the chance of the disease returning is high — about 50 percent.

Because wide excision can dramatically improve quality of life and even cure the disease, it’s often the preferred treatment for all stages of HS. Surgery removes the painful lumps, sometimes permanently. It works best when you pair it with treatments like medication and dietary changes.

Having a wide excision reduces the odds that your growths will come back. It’s the closest thing to a cure for HS.

Deroofing works best for stage 1 or 2 HS, and it has a few advantages over wide excision. For one thing, it doesn’t require you to have general anesthesia. It’s also relatively inexpensive and causes less scarring.

In studies, 90 percent of people who had deroofing surgery said they’d recommend the procedure. Getting deroofing early in the course of your disease can help you avoid having to try other treatments because it cures more than 85 percent of lesions.

Cryoinsufflation is safe and inexpensive, and it works in people with any stage of HS. It’s hard to say how effective it is compared to other procedures because research is limited, but it has helped some people with HS manage their disease.

Your recovery time will depend on the type of procedure you have. It can take several months for your wounds to fully heal, especially if they’re large.

In one study, it took an average of for a large wound to heal after HS surgery, while smaller wounds healed in just over a month. Most people said their pain had improved within 2 to 3 weeks after surgery.

If you have symptoms like painful lumps on your skin or tunnels underneath it, see a dermatologist or your primary care doctor. Once you’ve received a diagnosis, you can start on the right treatment and talk to your doctor about whether you’re a candidate for surgery for HS.