Heart Attack Facts, Statistics, and You 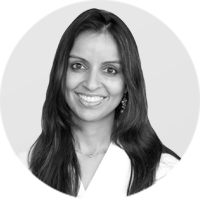 A heart attack, also called a myocardial infarction, occurs when a part of the heart muscle doesn’t get enough blood flow. Every moment the muscle is denied blood, the likelihood of long-term damage to the heart increases.

The following facts and statistics can help you:

1. Coronary artery disease (CAD) is the cause of the majority of heart attacks.

CAD is caused by plaque buildup (made of cholesterol deposits and inflammation) in the wall of the arteries that supply blood to the heart.

Plaque buildup causes the inside of the arteries to narrow over time, which can block blood flow. Or, the cholesterol deposits can spill into the artery and cause a blood clot.

2. The blood flow blockage during a heart attack can be complete or partial.

A complete blockage of a coronary artery means you experienced a “STEMI” heart attack, or ST-elevation myocardial infarction.

A partial blockage is called an “NSTEMI” heart attack, or a non-ST-elevation myocardial infarction.

3. CAD can occur in younger adults.

About adults ages 20 and older have CAD (about 6.7%). You can also have CAD without knowing it.

It’s the leading cause of death for people of most racial and ethnic groups in the United States.

Heart disease is second only to cancer for women from the Pacific Islands and Asian American, American Indian, Alaska Native, and Hispanic women.

Of these, are a first heart attack and 200,000 happen to people who have already had a heart attack.

6. Heart disease can be very costly to the American economy.

From 2014 to 2015, heart disease cost the United States about . This includes the costs for:

7. Heart attacks are steadily rising in young adults under age 40.

This younger group is likely to share traditional risk factors for heart attacks, including:

Substance use disorders, including marijuana and cocaine use, may also be factors. Younger people who had heart attacks were more likely to report overusing these substances.

The most common symptoms are:

9. Women are more likely to have different symptoms.

Women are more likely to experience symptoms such as:

10. Tobacco use increases the risk of heart disease and heart attack.

Cigarette smoking can damage the heart and blood vessels, which increases your risk for heart conditions, such as atherosclerosis and heart attack.

High blood pressure occurs when the pressure of the blood in your arteries and other blood vessels is too high and can cause the arteries to stiffen.

You can lower your blood pressure with lifestyle changes like reducing sodium intake or taking medication to reduce your risk for heart disease and heart attack.

Cholesterol is a waxy, fat-like substance made by the liver or found in certain foods.

Extra cholesterol can build up in artery walls, causing them to become narrow and decrease the blood flow to the heart, brain, and other parts of the body.

13. Excessive alcohol consumption can put you at risk of having a heart attack.

Drinking too much alcohol can raise your blood pressure and produce an irregular heartbeat.

14. Outdoor temperature can affect your chances of having a heart attack.

Large day-to-day swings in temperature were associated with significantly more heart attacks in a study presented at the American College of Cardiology’s 67th Annual Scientific Session.

Given that some climate models link extreme weather events with global warming, the new findings suggest climate change could, in turn, lead to an uptick in the occurrence of heart attacks.

Adults who report puffing e-cigarettes, or vaping, are significantly more likely to have a heart attack compared with those who don’t use them.

E-cigarettes are battery-operated devices that mimic the experience of smoking a cigarette.

In the United States, someone has a heart attack .

17. Once you’ve had a heart attack, you’re at a greater risk of having another one.

About 20 percent of adults ages 45 and older who have had a heart attack will have another one within 5 years.

18. Certain heart attack risk factors can not be changed.

We can manage our lifestyle choices, but genetic or age-related risk factors can’t be controlled.

19. Heart attacks can be treated in a number of different ways.

20. It is possible to reduce your chances of having a heart attack.

Making these lifestyle changes can reduce your risk of developing CAD and having a heart attack.