All About Gallbladder Cancer

Your gallbladder is a small sac-like organ about 3 inches long and 1 inch wide that lives underneath your liver. Its job is to store bile, which is a fluid made by your liver. After being stored in your gallbladder, bile is released into your small intestine to help digest food.

Gallbladder cancer is rare. According to the American Cancer Society (ACS):

Doctors don’t know exactly what causes gallbladder cancer. They do know that, like all cancer, an error, known as a mutation, in a person’s DNA causes uncontrolled rapid growth of cells.

As the number of cells quickly increases, a mass, or tumor, forms. If not treated, these cells eventually spread into nearby tissue and to distant parts of the body.

There are risk factors that increase the odds for gallbladder cancer. Most of them are related to long-term gallbladder inflammation.

Having these risk factors doesn’t mean you’ll get cancer. It just means your chances of getting it may be higher than someone without the risk.

Gallstones are little chunks of hardened material that form in your gallbladder when your bile contains too much cholesterol or bilirubin — a pigment formed when red blood cells break down.

When gallstones block the passageway — called bile ducts — out of the gallbladder or in your liver, your gallbladder becomes inflamed. This is called cholecystitis, and it can be an acute or long-term, chronic problem.

Chronic inflammation from cholecystitis is the biggest risk factor for gallbladder cancer. According to the American Society of Clinical Oncology (ASCO), gallstones are found in 75 to 90 percent of people with gallbladder cancer.

But it’s important to remember that gallstones are extremely common and having them doesn’t mean you’ll get cancer. According to ASCO, over 99 percent of people with gallstones never get gallbladder cancer.

Some other factors associated with the risk of gallbladder cancer are:

Signs and symptoms of gallbladder cancer

Noticeable symptoms of gallbladder cancer typically don’t appear until the disease is very advanced. That’s why, usually, it’s already spread to nearby organs and lymph nodes or traveled to other parts of your body when it’s found.

When they do occur, signs and symptoms may include:

Diagnosis and staging of gallbladder cancer

Occasionally, gallbladder cancer is found by coincidence in a gallbladder that was removed for cholecystitis or another reason. But usually, your doctor will run diagnostic tests because you had symptoms appear.

Tests that might be used to diagnose, stage, and plan treatment for gallbladder cancer include:

Cancer staging tells you if and where the cancer has spread outside of your gallbladder. It’s used by doctors to decide on the best treatment strategy and determine the outcome.

Gallbladder cancer is staged using the American Joint Committee on Cancer TNM staging system. The scale goes from 0 to 4 based on how far the cancer has grown into the gallbladder wall and how far it’s spread.

Stage 0 means the abnormal cells haven’t spread from where they first formed — called carcinoma in situ. Larger tumors that spread to nearby organs and any tumor that’s spread, or metastasized, to distant parts of your body are stage 4.

More information about cancer spread is given by TNM:

Surgery can potentially cure gallbladder cancer, but all of the cancer must be removed. This is only an option when the cancer’s found early, before it’s spread to nearby organs and other parts of the body.

Unfortunately, statistics from the ACS show only about 1 in 5 people get a diagnosis before the cancer has spread.

Chemotherapy and radiation are often used to make sure all the cancer is gone after surgery. It’s also used to treat gallbladder cancer that can’t be removed. It can’t cure the cancer but can prolong life and treat symptoms.

When gallbladder cancer is advanced, surgery can still be done to relieve symptoms. This is called palliative care. Other types of palliative care may include:

Palliative care is also used when surgery can’t be done because a person isn’t healthy enough.

The outlook for gallbladder cancer depends on the stage. Early-stage cancer has a much better outlook than advanced-stage cancer.

According to ASCO, the five-year survival rate for gallbladder cancer by stage is: 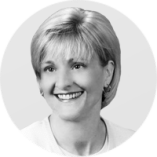