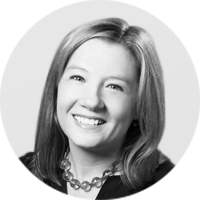 Medically reviewed by Kimberly Dishman, MSN, WHNP-BC, RNC-OB — Written by the Healthline Editorial Team on May 4, 2016

Many women, especially first-time mothers, may get conflicting advice about a number of pregnancy-related issues, including what is and isn’t safe to eat. If you’re pregnant, it’s important to have a healthy diet to ensure the health of your baby.

These toxins can cause serious illnesses, and they can affect your baby’s development. You should avoid or limit consuming certain foods and beverages while you’re pregnant. Discuss your diet with your doctor and let them know about any questions, concerns, or symptoms you have.

Toxoplasmosis and how to avoid it

Most people don’t have symptoms, but those who do may have flulike symptoms, such as:

Severe toxoplasmosis can affect your brain and eyes and may lead to reduced or blurred vision.

Toxoplasmosis can lead to premature birth. It can also cause the following in your baby:

If you contract toxoplasmosis early on in pregnancy, your developing baby has an increased risk of effects. Children who are born with toxoplasmosis may not show symptoms at first and can develop them later in life.

Follow these tips to minimize the risk of a getting toxoplasmosis:

It’s rare to get toxoplasmosis from cats. Most people who do contract it get it from undercooked meat and unwashed vegetables. Medications are available to treat toxoplasmosis during pregnancy.

Listeriosis and how to avoid it

The L. monocytogenes bacterium causes listeriosis. It can be present in contaminated water and soil. The cooking process often kills bacteria. However, it may still be present in some packaged, ready-to-eat foods. It may be present in:

The symptoms of listeriosis include:

These bacteria can easily pass through the placenta. It can then cause:

According to the American Pregnancy Association, 22 percent of Listeria infections in pregnant women result in stillbirth or death of the unborn child.

Follow these tips to reduce your risk of listeriosis:

Your doctor can treat listeriosis with antibiotics. Talk to your doctor if you have the symptoms of listeriosis.

How to avoid the effects of mercury

Most fish contain trace amounts of mercury. It tends to build up in larger and older fish. If you’re pregnant or nursing, you should avoid eating fish that are high in mercury because mercury can damage your baby’s developing nervous system.

Fish that tend to be high in mercury are:

What fish can you eat?

Many commonly eaten fish are considered to be low in mercury and these fish can be a great addition to your diet while you’re pregnant. They contain omega-3 fatty acids, which contribute to heart health and are good for your baby’s brain development. If you don’t like fish, talk to your doctor about whether you should take omega-3 supplements.

You should eat up to 12 ounces of any of the following fish each week:

You should always eat fish while it’s hot. Avoid eating any preserved, smoked, or raw fish.

If you drink alcohol while pregnant, it can be present in breast milk. You should avoid alcohol until you’re no longer breast-feeding.

Any raw or undercooked food can have bacteria in it. Because of this, you should make sure that all food you eat has been cooked thoroughly. In particular, certain foods are known to carry Salmonella, such as:

Pregnant women should also wash their hands after handling eggs because Salmonella is commonly present on the shells. You should also rinse eggs thoroughly before cooking.

It’s safe to have moderate amounts of caffeine while you’re pregnant. However, caffeine is a stimulant and can increase you and your developing baby’s heart rate and blood pressure. According to the America Pregnancy Association, pregnant women should consume no more than 200 milligrams of caffeine per day. Caffeine is present in:

Honey may contain the bacteria that cause botulism or other toxins that can be harmful for pregnant and breast-feeding women. These toxins can also potentially harm your developing baby or infant younger than 1 year old. You should avoid eating honey while you’re pregnant, and you should also avoid giving honey to children under 1 year old.

These methods can eliminate potentially harmful bacteria and help prevent infection. See your doctor immediately if you have any symptoms that may be due to toxins present in your food.

Medically reviewed by Kimberly Dishman, MSN, WHNP-BC, RNC-OB — Written by the Healthline Editorial Team on May 4, 2016