Aspartame is a popular sugar substitute found in:

It offers a low-calorie alternative to sugar.

The Food and Drug Administration (FDA) has approved it, but some people fear it may cause health problems.

In this article, find out what aspartame consists of and what the research says about its safety.

Aspartame is a synthetic substance that combines two ingredients:

1. Aspartic acid. This is a nonessential amino acid that occurs naturally in the human body and in food. Amino acids are the building blocks of protein in the body. The body uses aspartic acid to create hormones and to support normal function of the nervous system. Dietary sources include meat, fish, eggs, soybeans, and peanuts.

2. Phenylalanine. This is an essential amino acid that’s naturally present in most protein sources, but the body doesn’t produce it naturally. Humans have to get it from food. The body uses it to make proteins, brain chemicals, and hormones. Sources include lean meats, dairy products, nuts, and seeds.

Combining these two ingredients creates a product that is about 200 times as sweet as regular sugar. A small amount can make food taste very sweet. It also delivers very few calories.

What are the claims?

A number of websites claim that aspartame (also sold as Equal and NutraSweet) causes a range of health problems, including:

The approved aspartame as a nutritive sweetener in 1981 and for use in carbonated beverages in 1983. According to the FDA, studies support its use.

At the time of approval, some scientists objected to the approval. An animal study indicated that its components might have a negative effect on brain development and health. However, this would probably only happen with a very high intake of aspartame.

A safety board decided that it was unlikely a human would consume the amount of aspartame needed to trigger these health problems. They added that the study was flawed, and the sweetener was safe.

The American Cancer Society adds that the FDA has set an “acceptable daily intake (ADI)” for the ingredient. This is 50 milligrams (mg) per kilogram (around 2.2 pounds) each day or about 100 times less than the smallest amount that was found to cause health problems in animal studies.

What are the potential dangers?

What have we found since the 1980s? For the best information, we turn to scientific studies. Here’s some of what we’ve discovered so far:

Authors of a 2017 review concluded that aspartame may affect the immune system and, as a result, it may lead to oxidative stress and inflammation.

Their findings suggested that aspartame could affect the cells of various body organs, including the brain, the heart, the liver, and the kidneys. Being resistant to bacteria, it could also lead to an imbalance in the gut microbiota.

They suggested aspartame could affect glucose tolerance and insulin levels and called for further research into the benefits and drawbacks of this sweetener for people with diabetes.

The FDA warns that people with phenylketonuria, a rare hereditary disease, have difficulty metabolizing a phenylalanine, one of the components in aspartame. If the person consumes this substance, the body doesn’t digest it properly, and it can accumulate.

The FDA urges people with this condition to monitor their intake of phenylalanine from aspartame and other sources.

Could aspartame increase risk of mood disorders like depression? In , scientists found that aspartame seemed to increase symptoms in people with a history of depression, but not in those without such a history.

A of healthy adults found similar results. When participants consumed a high-aspartame diet, they experienced more irritability and depression.

, some researchers reviewed studies into the link between aspartame and aspects of neurobehavioral health, including:

They suggested that the phenylalanine in aspartame may prevent the body from producing and releasing “feel-good” neurotransmitters, such as serotonin and dopamine. They also proposed that aspartame may contribute to oxidative stress and the release of cortisol.

The authors proposed using aspartame with care, but they also called for further research to confirm a link.

Some animal studies have found a link between aspartame and leukemia and other cancers.

A 2007 study, for example, found that rats given low doses of aspartame every day of their lives, including fetal exposure, were more likely to develop cancer.

A 2012 study found that males who consumed more than one daily serving of diet soda had a higher risk of non-Hodgkin’s lymphoma.

However, males who consumed high amounts of regular soda also had an increased risk for non-Hodgkin’s lymphoma. The reason for the increase in each case was not clear.

The same scientists later issued an apology, as they had used weak data in the study.

A 2019 evaluation of studies found no evidence of a link between low-calorie — or zero-calorie — sweeteners and beverages and a higher risk for cancer in people.

The American Cancer Society notes that there’s not enough evidence to show that aspartame causes cancer.

According to the National MS Society, the idea that there’s a link between aspartame and MS is a “disproven theory.”

The Lupus Foundation of America doesn’t believe that consuming aspartame can lead to lupus.

In a , researchers found that people who took aspartame didn’t report more headaches than those who took a placebo.

However, the authors of concluded that some people may be susceptible to headaches from aspartame. Other scientists later criticized this study because of its design.

Get some tips here on natural ways to get rid of headaches.

In , researchers tested 18 people who said they experienced seizures after consuming aspartame. They found that even with a high dose of about 50 mg, aspartame was no more likely to cause seizures than a placebo.

An on animals with and without epilepsy found similar results.

In 2010, scientists published a about two patients and the negative effect of aspartame. Both patients claimed to have experienced relief from fibromyalgia pain when removing aspartame from their diets.

However, no experimental evidence supports these claims. found no evidence to support a connection. Removing aspartame from the diets of 72 study participants didn’t affect their fibromyalgia pain.

Should you avoid aspartame?

People with phenylketonuria should take care when consuming aspartame, and it may have an impact on those with a mood disorder. Some scientists have suggested it could also affect the way the immune system works.

However, there’s currently no evidence to suggest that it increases the risk for seizures, MS, lupus, cancer, or other illnesses.

The following organizations all consider aspartame as a safe sugar substitute:

Because of increased public concern, however, many food and drink manufacturers have chosen to avoid aspartame. If you think you may be sensitive to the sugar substitute, be sure to read food and beverage labels and try to choose aspartame-free products. 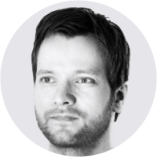