11 Ways Apple Cider Vinegar Lives Up to the Hype

Plus, four cautions to remember before jumping full speed on the ACV train.

Apple cider vinegar (ACV) is one of those buzzy wellness ingredients that people time and time again swear by. It’s not surprising why, though.

It almost like the holy grail of home remedies — for instance, a shot of it is said to help boost energy, control blood sugar, and promote weight loss. Topically, ACV may help improve your hair’s shine as well as the texture and tone of your skin by clearing up unwanted breakouts.

Mixed with other good-for-you ingredients like lemon juice or olive oil, ACV can be a potent booster for your daily routine. Here are 11 easy ways to boost your health with ACV.

1. Trouble with digesting roughage? Use ACV in your salad dressing

There are a few reasons ACV can help out with digestion issues, according to nutritionist Rania Batayneh, MPH, bestselling author of “The One One One Diet.”

The first is thanks to ACV’s antibacterial properties, which can lend help to common gut issues that can be caused by bacteria, like diarrhea. As a fermented food, ACV also contains probiotics that help regulate overall healthy digestion.

“Pairing an ACV-based dressing with vegetables does double duty for your digestion, as both the fiber in the veggies and the probiotics in the ACV can boost digestive health,” Batayneh points out.

2. Looking to curb your appetite? Make a daily ACV tonic

Sometimes the hardest part of recalibrating eating habits is restriction. According to Batayneh, drinking ACV can “be incredibly useful when trying to eat less and lose weight.” She refers to a that found that ACV may suppress areas of the brain that control appetite, resulting in fewer calories eaten over time.

Try it, based on science

ACV may also help with fat storage, thanks to a special component: acetic acid. In , this acid has been shown to help .

After such positive results from animal studies, a looked at 122 people with obesity and found that daily consumption of vinegar reduces obesity and aids weight loss.

3. Need natural energy? Sip an ACV-mixed tea in the AM

Skipping coffee? For Batayneh, a tea with ACV is a great alternative to other calorie-heavy, caffeinated drinks like lattes and sodas.

Lemon juice has many nutritional benefits, but specific research that links lemons to weight loss is sparse. However, drinking about four ounces of lemonade per day is suggested to help with kidney stone prevention. As for cayenne pepper and cinnamon, both have ingredients that provide therapeutic benefits to help boost your metabolism and reduce inflammation.

Not the Master Cleanse

While this drink sounds very close to the Master Cleanse diet, we definitely don’t recommend drinking this as a substitute meal or in attempt to detox. It’s best to drink alongside a meal or as a morning tonic.

4. Sore throat? Mix ACV and honey into a soothing concoction

With antibacterial and antiviral properties, ACV can be incredibly beneficial.

With all that said, there isn’t much scientific evidence backing the claim that honey and ACV tea will completely get rid of a sore throat. The theory is that the ACV works to fight the bacteria while the honey can help suppress coughs by coating and soothing the throat.

If your sore throat continues for days, you should see a doctor. They can prescribe antibiotics if it’s a bacterial infection.

5. Managing insulin levels? Drink ACV with water and a meal or snack

For people with diabetes, incorporating ACV may be a helpful step in managing the condition. “It’s thought that… acetic acid may slow down the conversion of complex carbohydrates into sugar in the bloodstream,” Batayneh explains. “This provides more time for sugar to be removed from the bloodstream, allowing the body to keep blood sugar levels constant and limit spikes.”

There’s not too much research to completely back this up, however one 2007 study with 11 participants found that people with type 2 diabetes who took 2 tablespoons of ACV with a bedtime cheese snack woke up with much lower blood sugar levels.

“The main reason being is that the acetic acid in apple-cider vinegar is what makes it effective in lowering low-density-level (LDL) cholesterol.”

Although evidence supporting these claims are mostly anecdotal, combining ACV with other heart-healthy options can only help! Getting your cholesterol and triglyceride under control is one natural way to lower risk of heart disease.

Just this year, a study found that a moderate consumption of eggs can actually lower risk for cardiovascular disease. Plus, avocados are also known to contain healthy fats that can help reduce risk for heart disease.

There’s a theory that ACV can help make your blood alkaline, which . However, it’s not a full shield against cancer since your body is typically able to maintain a pretty balanced pH.

It’s important not to treat ACV as your only course of treatment. Instead, rely on it for its other benefits, such as energy. The few studies showing that different types of vinegar can kill cancer cells are mostly animal studies.

Try it with other cancer-preventing foods

8. Have a headache? Make a compress out of ACV

Similar to the sore throat benefit, ACV’s ability to reduce headaches is mostly anecdotal. While this trick may not work for everyone, you may benefit from ACV if you get headaches from:

Not only will ingesting ACV help, but making a cold compress could also relieve headaches.

One of the most highly marketed beauty benefits of ACV is the ability to increase hair shine. “ACV can be used as a hair rinse to boost shine by temporarily flattening the cuticle,” says Batayneh. The acetic pH can close up the hair cuticle which in turn prevents frizzing and promotes shiny smoothness.

Try it (with caution)

Use sparingly: Batayneh points out that you shouldn’t use ACV as a rinse more than three times a week or it might start to dry out your hair. Since the pH of ACV is so different, it could turn your hair brittle and make it look dull.

If your dandruff is a result of a yeast infection, ACV may be an affordable home remedy as it has antifungal properties. The acid in ACV can make it difficult for fungus to grow and spread.

Don’t try this if your dandruff is caused by a dry scalp. An ACV wash may further dry out your scalp and make dandruff worse.

11. Make an acne potion with ACV

As previously mentioned, ACV has antibacterial benefits thanks to its acetic acid. In addition, it also has small amounts of citric, lactic, and succinic acid. These antibacterial acids to kill P. acnes, the bacteria that causes breakouts.

On top of the bacteria-killing acids, Batayneh points out that some claim ACV’s astringent properties may help fight acne. “However,” she cautions, “this hasn’t been scientifically proven.”

While ACV contains all the right properties, there hasn’t been direct research on this ingredient as a topical treatment. Even though acids can be a good thing, too much can irritate your skin, and may cause chemical burns on some people. See a dermatologist before you try any home remedy — some may be more harmful than helpful.

If you’re looking to try an all-natural treatment like ACV, remember to dilute the ingredient before applying directly onto your skin.

4 things to never do with ACV

No matter how you add ACV to your diet, make sure you never ever drink it straight. Doing so will most likely cause damage.

“It’s so acidic, it may actually cause damage to your tooth enamel, esophagus, or stomach lining, especially with chronic use,” warns Batayneh. “Always, always dilute it.” The safest method if you’re drinking it, according to Batayneh, is mixing 10 parts water or tea to every one part ACV.

2. Start out by taking a lot of it

When introducing ACV to your daily ingestion intake, you want to start off slow and steady. “See how your body reacts to it,” says Batayneh. “And if you tolerate it well, you can eventually work up to one tablespoon.”

She says to scale back if you experience an upset stomach or a burning sensation. If you’re nervous or unsure, see a doctor before introducing it to your routine at all.

3. Apply it directly to your skin

If you’re using ACV topically, there are a few things to know. First, you should never put it directly on your skin. It’s a potent ingredient so you should always dilute it with some water when using it as a toner or rinse.

4. Mix it with other irritating topical ingredients

People with sensitive skin should be wary of ACV. The acetic acid and astringent properties alone can irritate your skin.

However, a no-no for all skin types is to mix it with other harsh topical ingredients like salicylic acid or benzoyl peroxide. You’re highly likely to experience a bad, irritating reaction if you do.

In praise of ACV

It’s safest to think of ACV like a little booster instead of a go-to miracle. In small doses, it can be incredibly beneficial and delicious. In large amounts, it could be dangerous and harmful to your health. It may even irritate your skin or erode your tooth enamel.

But with so many benefits, it’s no surprise many people turn to ACV for their ailments, but it’s also equally important to keep the facts first.

If you’re interested in upping your intake beyond the recommended serving of two tablespoons, talk to professional before going full speed ahead. After all, there’s a reason ACV is known to be a holy grail ingredient — you only need a little bit to feel the effects.

Emily Rekstis is a New York City-based beauty and lifestyle writer who writes for many publications, including Greatist, Racked, and Self. If she’s not writing at her computer, you can probably find her watching a mob movie, eating a burger, or reading a NYC history book. See more of her work on her website, or follow her on Twitter. 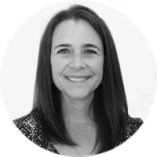