The No BS Guide to Added Sugar 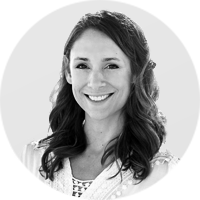 In recent years, the diet and nutrition industry has painted sugar as a villain. The truth is, sugar isn’t that “evil.” For starters, it’s a fast source of energy.

That doesn’t mean you have to gobble up the sweet stuff all day to keep going. In fact, that would be a bad idea for many reasons. Let’s break things down before explaining why.

We get sugars from fruits, veggies, and dairy. Our body converts starches — like potatoes, pasta, rice, bread, and beans — into the simple sugar called glucose.

Sugar consumption can become an issue when we eat too much of the stuff that’s added to processed goods, or when we put too much of it in the natural foods we eat. This is what we call “added sugar.” It goes by many other names, which you may or may not recognize on an ingredient list.

Despite popular diet trends and added sugar’s terrible rep, you don’t have to cut ties with the sweet stuff entirely. Instead, you can find ways to consume it more healthfully and strategically.

What is added sugar, and where does it show up?

If you’re sprinkling a packet of white granules in your morning coffee or onto your halved grapefruit, it’s obvious that you’re having some added sugar. But lots of foods in our fridges and pantries have sneaky portions under more discreet names. You may not even realize you’re consuming it.

The ketchup on your fries, the bottled dressing on your salad, and the “all natural” fruit flavoring in your yogurt or instant oatmeal can all contain surprising amounts of added sugar. And of course, the things we like to drizzle on our foods, like honey, agave, or maple syrup, are added sugars, too. But how can you tell when you read the Nutrition Facts label?

Added sugar can show up as many different ingredients, and the list is long. No one expects you to commit them all to memory. But these simple tips will help you spot added sugar on a food label.

In 2016, a change to food labels will make counting added sugars easier. As of , products of companies with more than $10 million in revenue must include an indented line under the “Total Sugars” amount that states the added sugars tally in grams. Products from companies with less revenue have until January 1, 2021, to comply. Over the next year or two, expect to see added sugars calculated on the Nutrition Facts label.

Added sugars matter because, well, they add up. The average American downs a little more than 70 grams of added sugar a day. That equates to nearly 60 pounds of added sugar in a year. To put it into perspective, we’re consuming more added sugar than the weight limit for a checked airline bag.

According to the American Heart Association, the maximum amount of added sugar you should consume in a day is 36 grams (9 teaspoons) for men and 24 grams (6 teaspoons) for women. Chances are most of us are going way over the suggested daily intake.

We can exceed 24 grams fast. For example, if you have a can of Coca-Cola for an afternoon jolt, you’ve already consumed a whopping 39 grams of sugar.

But even some foods we think of as healthy, like yogurt, are loaded with added sugar. A plain Greek yogurt will have about 4 to 5 grams of dairy sugar and no added sugar, but if you like the flavored version, you could be looking at 10 to 14 grams of added sugar in your snack. Non-Greek yogurt can run even higher in sugar, containing up to 36 grams of sugar in a 6-ounce cup.

Obviously this varies depending on the brand and serving size. The point is, it’s incredibly easy to get two, even three times a day’s worth of sugar in one single meal.

The naturally occurring sugars in your foods, like your yogurt’s dairy sugar (lactose), or the sugar in an apple (fructose), aren’t counted, since they’re not added sugars.

Why does added sugar matter?

The reason we need to consider how much sugar we’re piling into our system has to do with what happens to it when it enters our body.

That spike in blood glucose that added sugar causes tells the pancreas to produce the hormone insulin. Insulin signals your cells that it’s time to gobble up their energy fix. Your cells will use that energy if they need it, like if you haven’t eaten since noon and you’re trying to hold a pose during your evening yoga class. If you’re at home watching Hulu on the couch, your muscle and liver cells will bank that sugar for later.

But since this process happens so fast when we eat added sugar, your blood glucose is going to do a quick dive not long after you’ve eaten. The “sugar crash” you feel as your blood sugar drops to or below normal can cause symptoms like fatigue and irritability. Plus, it leaves your cells wanting another fix fast.

Before you realize it, you’re reaching for that next sleeve of Girl Scout Tagalongs. No, there’s nothing wrong with eating cookies. We don’t need to think of foods as “good” or “bad.” But constant added sugar overload can lead to certain issues and disease processes.

Regular intake of added sugar can mess with endocrine function

The concern is that if you’re on a regular track of spikes and crashes fueled by a constant intake of added sugar, insulin resistance can result. Your cells stop responding to the insulin signal that’s telling them to tap into the energy. Instead, your body and your liver will store sugar as fat.

Overconsumption of added sugar can lead to issues with vital organs

When we think of things that are bad for the liver, alcohol tends to come to mind. But heaps of added sugar over time can be just as damaging to the liver as booze, increasing one’s risk for non-alcoholic fatty liver disease (NAFLD).

Nearly 25 percent of the world’s population has NAFLD, so it isn’t a rare condition, and it’s a dangerous one, too. Lifestyle changes can reverse it, but if left to progress, liver failure or cancer can result.

Added has been shown to be the worst offender. It’s concentrated in foods and beverages sweetened with high-fructose corn syrup, table sugar, sucrose, or agave nectar.

Our heart doesn’t like the sweetness overload, either. Getting more than 21 percent of your calories from added sugar doubles your risk for dying from cardiovascular disease.

Ways to cut back on added sugar

We’ve all had the occasional sugar craving, especially late at night. Does that pint of Ben and Jerry’s Chunky Monkey beckon before bed? Sugar’s hit to the bloodstream is hard and fast, giving our bodies a satisfying reward when we eat it.

Simply put, it makes you feel good — in the short term, at least. That “high” and need to refuel after a sugar crash is what can make the sweet stuff so hard to resist.

Eating high-sugar foods late at night is a double whammy, too, because insulin sensitivity decreases in the evening in preparation for melatonin production and sleep, causing blood sugar levels to rise more with sweet foods than if eaten earlier in the day.

Plus, in studies on sugar dependence in rats, 5 out of the 11 criteria for substance use disorder are met:

So, it’s definitely possible to develop an unhealthy relationship with added sugar.

That said, if you really like sweets, that doesn’t necessarily mean you have a dependence or that you have to completely break up with added sugar. But if you’re tired of a constant roller coaster of sugar highs followed by unpleasant lows, you can opt for several sugar-reducing solutions.

This can help reset the craving-reward-crash cycle. Afterward, you can mindfully let added sugar back into your diet in moderation and feel less dependent on it as a food flavoring or pick-me-up.

Aim to give up added sugar for anywhere from 3 to 30 days. You may experience some withdrawal symptoms, like headache, nausea, fatigue or trouble sleeping. These should subside within a week or so.

Try swapping a few of your added sugar go-to items

Just a few cutbacks here and there can make a big difference.

Keep a temporary log of your added sugar consumption

Maybe you’re not even sure how much added sugar you’re consuming daily, or whether you’re going over the recommended amount. Track all your added sugars for a week and see where the sweet stuff makes a stealthy appearance in your diet.

Get strategic about added sugar

How and when you eat added sugar can help mitigate its effects on the body. On its own, added sugar, which is a simple carb, basically goes straight into your bloodstream, where it spikes your blood glucose level. But what if added sugar arrives in the body with protein and fat?

These take a little longer to digest, so if they’re along for the ride, then it slows this process down. In other words, if you pair your added sugar with protein, fat, or both, it won’t spike your blood glucose quite as fast as it would on its own.

Pairing a small amount of sugar (added or from natural foods) with protein as a snack — like apple and peanut butter — can also be helpful if you’re planning a workout and need energy to power through. Aim for eating 45 to 60 minutes before exercise.

Are some added sugars better than others?

While it may be tempting to think that honey, agave, or raw cane sugar are inherently better for you than regular table sugar or high-fructose corn syrup, that’s not necessarily the case.

Yes, honey is a natural substance and contains trace minerals, but the amounts are small. does reveal, though, that honey causes a more subtle rise in blood sugar than other added sugars. It also tastes sweeter on the palate, which can help keep intake to lower amounts.

That said, any added sugar is still an added sugar. Whether it’s an agave syrup you’re squeezing into your smoothie or the high-fructose corn syrup in your soda, they can have similar effects on your health and metabolism.

None of this means you can’t go for an ice cream on a hot summer night or enjoy a fizzy root beer now and then. Understanding added sugar isn’t about labeling foods as bad or off-limits. Instead, it’s about being mindful of where it sneaks into your diet and how it affects your body. This knowledge empowers you to make helpful changes while still occasionally indulging.

Jennifer Chesak is a medical journalist for several national publications, a writing instructor, and a freelance book editor. She earned her Master of Science in journalism from Northwestern’s Medill. She’s also the managing editor for the literary magazine Shift. Jennifer lives in Nashville but hails from North Dakota, and when she’s not writing or sticking her nose in a book, she’s usually running trails or futzing with her garden. Follow her on Instagram or Twitter.