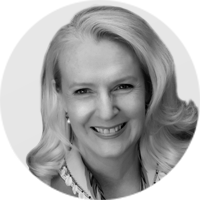 Fibromyalgia is a real condition — not imagined.

It’s estimated that 10 million Americans live with it. The disease can affect anyone including children but it’s more common in adults. Women are diagnosed with fibromyalgia more often than men.

The cause of fibromyalgia is unknown. It’s believed that people who have this condition process pain differently, and that the way their brains recognize pain signals makes them overly sensitive to touch and other stimuli.

Living with fibromyalgia can be challenging. You may experience pain and fatigue that interferes with daily activity. But yet your family, friends, and even your doctor may not appreciate the level of your concerns.

Some people may also not think fibromyalgia is a “real” condition and might believe symptoms are imagined.

There are many doctors that recognize fibromyalgia, although it can’t be recognized by diagnostic testing. They’ll work with you to find a treatment to reduce your symptoms.

Some people believe fibromyalgia is a new condition, but it’s existed for centuries.

It was once considered a mental disorder. But in the early 1800s, it was classified as a rheumatic disorder that caused stiffness, pain, fatigue, and difficulty sleeping.

Fibromyalgia tender points were discovered in the early 1820s. The condition was initially called fibrositis because many doctors believed pain was caused by inflammation at the sites of pain.

It wasn’t until 1976 that the condition was renamed fibromyalgia. The name was derived from the Latin word “fibro” (fibrosis tissue), and the Greek terms for “myo” (muscle) and “algia” (pain).

In 1990, the American College of Rheumatology established guidelines for diagnosing fibromyalgia. The first prescription medication to treat it became available in 2007.

As of 2019, the International Diagnostic Criteria for fibromyalgia includes:

What are the symptoms of fibromyalgia?

Arthritis causes inflammation and affects the joints. Fibromyalgia doesn’t cause observable inflammation, and it doesn’t damage muscles, joints, and tissues.

Widespread pain is the main symptom of fibromyalgia. This pain is often felt throughout the entire body and can be triggered by the slightest touch.

Other symptoms of fibromyalgia include:

There’s currently no diagnostic test to confirm fibromyalgia. Doctors diagnose it after ruling out other conditions.

Having widespread pain, sleep problems, and fatigue doesn’t automatically mean you have fibromyalgia.

A doctor only makes a diagnosis if your symptoms match the criteria established by the 2019 International Diagnostic Criteria. To be diagnosed with fibromyalgia you must have widespread pain and other symptoms that last for 3 months or longer.

Pain typically occurs in the same spot on both sides of the body. Also, people living with fibromyalgia may have up to 18 tender points over their body that are painful when pressed.

Doctors aren’t required to conduct a tender points exam when making a fibromyalgia diagnosis. But your doctor may check these specific points during a physical exam.

Despite there being plenty of resources and information on fibromyalgia, some doctors still aren’t as knowledgeable about the condition.

After completing a series of tests with no diagnosis, a doctor may wrongly conclude that your symptoms aren’t real, or blame them on depression, stress, or anxiety.

Don’t give up in your search for an answer if a doctor dismisses your symptoms.

It can still take on average more than 2 years to receive a proper diagnosis of fibromyalgia. But you can get an answer more quickly by working with a doctor who understands the condition, like a rheumatologist.

A rheumatologist knows how to treat conditions that affect the joints, tissues, and muscles.

There are currently three prescription medications approved by the U.S. Food and Drug Administration (FDA) to treat pain in fibromyalgia:

Many people don’t require prescription medication. They’re able to manage pain with over-the-counter pain relievers like ibuprofen and acetaminophen, and with alternative therapies, such as:

Lifestyle changes and home remedies may also be effective. Some suggestions include getting plenty of sleep, exercising, and reducing stress. Learn more below.

Get plenty of sleep

People with fibromyalgia often wake up feeling unrefreshed and have daytime fatigue.

Improving your sleep habits may help you get a restful night’s sleep and reduce tiredness.

Some things to try before bedtime include:

Pain associated with fibromyalgia can make it difficult to exercise, but staying active is an effective treatment for the disease. However, you don’t have to engage in strenuous activity.

Start slow by doing low-impact aerobics, walking, or swimming. Then slowly increase the intensity and length of your workouts.

Consider joining an exercise class or consulting with a physical therapist for an individualized exercise program.

Check out some workout tips to ease fibromyalgia pain.

Stress and anxiety can worsen symptoms of fibromyalgia.

Learn stress management techniques such as deep breathing exercises and meditation to improve your symptoms.

You can also reduce your stress level by knowing your limitations and learning how to say “no.” Listen to your body and rest when you’re tired or overwhelmed.

Even if you and your doctor recognize your symptoms, it can be difficult to make friends and family understand what you’re going through. Many people don’t understand fibromyalgia, and some may think the condition is imagined.

It can be challenging for those who don’t live with the condition to understand your symptoms. But it’s possible to educate friends and family.

Don’t feel uncomfortable talking about your symptoms. If you can educate others on how the condition affects you, they might be more sympathetic.

If there are fibromyalgia support groups in the area or online, encourage friends or family members to attend a meeting. You can also provide them with printed or online information about the condition.

What’s the outlook for fibromyalgia?

Fibromyalgia is a real condition that can interfere with daily activities. The condition can be chronic, so once you develop symptoms, they may continue.

While fibromyalgia doesn’t damage your joints, muscles, or tissues, it can still be extremely painful and challenging. It’s not life-threatening, but can be life-altering.

Seek medical attention if you experience widespread pain that lasts for more than 3 months. With proper treatment and lifestyle changes, you can cope with the disease, relieve symptoms, and improve your quality of life.