Is Fantasy Football an Addiction? 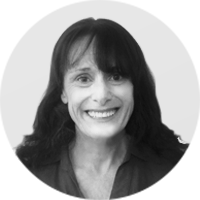 Last year, a record-setting 114.4 million people watched the Super Bowl, making it the most viewed broadcast in American history. And Super Bowl 50, which will be held on February 7 at Levi’s Stadium in Santa Clara, California, is expected to beat those numbers.

But not everyone watches the game just for fun. In 2014, people wagered a whopping $119.4 million on the game in Las Vegas casinos alone, setting a record. And some officials estimated that illegal wagers for 2015’s game amounted to around $3.8 billion.

And it’s not just the big games that get people to make bets. Fantasy sports competitions held all over America, from small office pools to large online forums, allow you to make daily picks.

Rodney Paul, Ph.D., economist at Syracuse University’s Falk College of Sport and Human Dynamics, says though most reports peg the number of fantasy leagues in the United States at approximately 2.5 million, that figure is probably even higher. “It’s tough to estimate exactly how many leagues there are,” he says, “so my guess is that the number of leagues is even higher than reported.”

According to the Fantasy Sports Trade Association (FSTA), 56.8 million people play fantasy sports in the United States and Canada. The average player, according to their data, is a 37-year-old man with at least a college degree, and spends $465 a year on fantasy sports.

Is It Really Gambling?

Fantasy sports sites like DraftKings — which boasts “more than $1 billion guaranteed” — and FanDuel consider daily fantasy sports as a game of skill, so they don’t see it as gambling, which excludes them from the 2006 Unlawful Internet Gambling Enforcement Act.

The FSTA, too, argues that it isn’t gambling, but a skill game. And appellate courts in New York have disagreed that such sites are merely “a rebranding of sports betting,” allowing them to continue to accept fees and wagers.

According to Paul, the proper definition of gambling is this: A person puts something (typically money) at risk, with the distinct possibility that they could lose. With fantasy sports, he says, there is definitely money at risk, unless you are playing for free (in which case, you are gambling your time, “which is valuable as well,” he says.)

Paul says that while some gambles are useful to society, like betting on yourself by starting a business, others can be detrimental. From a certain point of view, even buying season tickets for your favorite team or to see a movie are risky, because your team might lose, or the film might be bad.

“Fantasy sports and sports gambling in general likely fit this bill,” says Paul. “People bet on games or pay to enter fantasy games to add to their enjoyment of watching sports.”

But while all risk-taking can end badly, playing daily fantasy sports can have especially hazardous consequences because there are so many factors at play — for example, the house taking a cut, or inefficient NFL player pricing.

“People genuinely enjoy the activity of playing fantasy sports even though they realize it’s a negative expected value game in the long run,” Paul said. “That is not a reason to demand they go away.”

But when the gains continue to be negative, or when the activity is more compulsive or enjoyable, it may be a sign that someone has a gambling problem.

When Does Fantasy Become a Real Addiction?

Fantasy sports can enhance the experience of being a sports fan. Games can be more fun to watch when there is something more personal at stake than team pride, especially if your hand-picked team ends up being the best.

These gambles made on sports serve the function of psychological arousal and reinforcement. Some small studies have shown that this sensation seeking rises with the bet price, no matter the form of the bet, whether an online football fantasy league or a Vegas blackjack table.

One study of 1,556 college students found “an association between fantasy sports participation and gambling problems.” Other research looked at the behavior of 563 male online gamblers, and classified 23 percent of them as “problem” gamblers. These gamblers were significantly more likely to spend more than “social” gamblers per session, as well as gamble from school, gamble alone, and make bets while drinking or taking illicit drugs. They were also more likely to gamble more money, and lose more.

And in another study of 1,356 college students, a whopping two-thirds of regular online gamblers were deemed “pathological gamblers” by the researchers, meaning that the frequency of their gambling exploits was significantly associated with poor mental health.

But it’s hard to prove a cause and effect relationship. The majority of people who play in fantasy football leagues do so without negative consequences, beyond being short a few bucks.

The National Council of Problem Gambling (NCPG) says that anyone who gambles can develop problems if they are not aware of the risks and don’t gamble responsibly.

Gambling addiction is now a recognized psychiatric disorder. The criteria for diagnosable pathological gambling include preoccupation with the game, increased tolerance, loss of control, restlessness, or irritability when stopping, playing to get away from problems, and problems with family, work, or school.

The NCPG estimates that 2 million U.S. adults meet these criteria, while between 4 and 6 million people are considered problem gamblers. But 85 percent of U.S. adults who have gambled at least once in their lives have done so responsibly, says the NCPG.