Why Do I See Halos Around Lights?

Medically reviewed by Ann Marie Griff, O.D. on May 23, 2019 — Written by Jacquelyn Cafasso

Halos can sometimes be a normal response to bright lights. Halos can also be caused by wearing eyeglasses or corrective lenses (contact lenses), or they can be a side effect of cataract or LASIK surgery.

However, if the halos appear suddenly, are very bothersome, or they’re accompanied by pain, blurred vision, or other symptoms, they could be a sign of a serious eye disorder.

People who are developing an eye condition known as cataracts, for example, may start seeing halos due to changes in the lens of the eye. The halos are a result in diffraction of light entering your eye.

If you’re seeing halos around lights, it’s a good idea to schedule an appointment with an ophthalmologist or optometrist (eye doctor) so they can properly examine your eyes and find out if there is an underlying cause.

Halos around lights are caused by diffraction, or bending of the light entering your eye. There are many eye conditions that can cause this to happen. These include:

A cataract is a cloudy area that forms in the lens of the eye. Cataracts develop slowly and are common in older people. Clouding of the lens can cause diffraction of light entering the eye, which means you’ll see halos around light sources.

Other symptoms of cataracts include:

Cataract surgery involves replacing your cloudy lens with a custom intraocular lens (IOL). Seeing halos around lights can sometimes be a side effect of the new lens.

Fuchs’ dystrophy is an eye disorder that causes the clear layer on the front of your eye (cornea) to swell. The abnormalities in the cornea can cause someone with Fuchs’ dystrophy to see halos around lights.

Glaucoma is a condition caused by optic nerve damage related to high pressure in the fluid circulating in the front of the eye. Glaucoma is a of blindness in the United States.

One type of glaucoma known as acute-angle closure glaucoma is considered a medical emergency. Symptoms of acute glaucoma usually appear suddenly. If you suddenly start seeing halos or colored rings around lights, it could be a sign of acute glaucoma.

See a doctor immediately if you have any of these symptoms.

Kerataconus occurs when the cornea progressively thins and causes a cone-like bulge to develop on the eye. This results in visual impairment and may cause you to see halos around lights. The cause of kerataconus isn’t known.

Other signs and symptoms of keratoconus include:

It’s possible for your eyes to become sunburned if they’re exposed to too much of the sun’s ultraviolet (UV) light. In addition to seeing halos around lights, the most common symptoms of sunburned eyes, or photokeratitis, include:

These symptoms usually go away on their own within a day or two. See a doctor if they don’t subside or if the pain is severe.

Some corrective eye procedures, such as LASIK (laser in-situ keratomileusis) surgery, can also result in halos as a side effect. The halos usually only last for a few weeks after the surgery. More modern types of LASIK are less likely to cause this side effect.

An ocular migraine is a rare type of migraine that causes visual disturbances. Along with a severe headache, people who experience ocular migraines may see flashing or shimmering lights, zigzagging lines, and halos around lights.

Wearing corrective lenses, like eyeglasses and contact lenses, can also cause a halo effect when looking at a bright source of light. Researchers are working on developing contact and intraocular lenses that minimize the halo effect.

When the eye’s surface is too dry, it can become irregular, and light entering the eye can scatter. This can cause you to see halos around lights, especially at night.

Symptoms of dry eye include:

Symptoms are often made worse by reading, using a computer, or being in a dry environment for a long period of time.

Treatment will depend on the underlying cause of seeing halos around lights.

Eye disorders, such as cataracts, can’t always be prevented, but you can take steps to delay their progression. A few ways to keep your eyes healthy and prevent eye disorders that could make you see halos around lights include the following tips:

To prevent several of the eye disorders associated with seeing halos around lights, it’s important to have regular eye examinations, especially after you turn 40.

If you start noticing halos around lights, it’s a good idea to schedule an appointment with an eye doctor for a regular checkup to make sure you’re not developing any eye disorders.

If you’re having any of the following symptoms, see an eye doctor as soon as possible:

Having a regular eye exam is the best way to prevent or manage vision problems, especially as you get older.

If you haven’t had an eye exam in more than a year, or if you suddenly notice any vision changes such as halos around lights or strong glare during the day, schedule a visit with an eye doctor for a checkup. 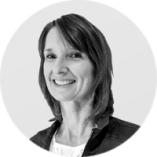 Medically reviewed by Ann Marie Griff, O.D. on May 23, 2019 — Written by Jacquelyn Cafasso