The need to choose logically between cost and care, while your pet is on the exam table, can seem inhumane.

Fears about the affordability of veterinary care are very real, especially for people on fixed incomes, like Patti Schiendelman. “At this point I don’t have a cat because I’m now disabled and poor, and I can’t afford to take care of one properly,” she says, adding wistfully that she wishes she could have a feline companion again.

Schiendelman is right to be concerned about what she describes as the “unexpected vet things.” These high bills may be the result of aging and end of life, injuries for boisterous young pets, or freak accidents.

It’s not improbable that pet guardians will face at least one catastrophically high emergency vet bill. Few things leave us feeling more helpless than standing over an exam table with a sick or injured animal, listening to a vet list off a series of lifesaving interventions.

Add the mental stress of calculating the amount of money left in the bank and the process can feel inhumane: to think our pet’s life should be based on what we can afford, rather than what we want to do. Yet those who might rush to condemn people for not trying everything might want to reconsider.

According to the American Veterinary Medical Association, pet guardians spent an average of less than $100 on veterinary care for cats annually as of 2011 (the latest year for which numbers are available) and roughly twice that on dogs. However, researchers elsewhere suggest that these numbers are quite low.

Veterinary students at the University of Pennsylvania, for example, estimate that the average lifetime cost of owning a dog can be around $23,000 — including food, veterinary care, supplies, licensing, and incidentals. But that doesn’t include everything, like trainings.

According to pet insurer Pet Plan’s data, in addition to average costs, one in three animals requires emergency veterinary care every year for procedures that can rapidly climb into the thousands.

Veterinarian Jessica Vogelsang, who specializes in hospice and palliative care, says it’s important to be aware that palliative care “isn’t giving up,” it’s just taking treatment in a different direction.

Even as pet owners have more options available, some of those options are costly, and the perceived social pressure to “do everything” can guilt people into spending money.

The truth is: Your veterinarian may not actually know the procedure costs

Dr. Jane Shaw, DVM, PhD, a recognized expert in veterinarians, client, and patient interactions, tells us that vets often present pet guardians with treatment options but not costs. This can be especially common in emergency clinics, and it’s not necessarily out of a desire to trick guardians into expensive interventions.

Especially in corporate hospitals, veterinarians may be deliberately kept out of the loop on the cost of care: They can’t always tell clients how much treatment option A costs in contrast with treatment option B. Instead, a receptionist or assistant will sit with you to go over costs.

Guardians may also feel like they have no option but to pay for costly interventions if they think the alternative is euthanasia or giving the animal up. Those feelings of guilt, however, make it hard to communicate with vets and clinic staff about care options — which hurts everyone in the end.

Being up front about cost fears can help guardians learn more about different avenues to pursue. These could include less aggressive approaches to managing or treating a disease, being cautious about which medications are prescribed, and timing visits more carefully to reduce expenses associated with office visits.

Sometimes cost-based decisions actually align with the pet’s best interests. But if aggressive surgeries and repeated vet visits don’t add much length or quality to an animal’s life, is it worth it? In some of these cases, switching to hospice or palliative care, or opting to pursue euthanasia immediately, may actually be the more ethical choice.

Veterinarian Jessica Vogelsang, who specializes in hospice and palliative care, says it’s important to be aware that palliative care “isn’t giving up,” it’s just taking treatment in a different direction.

She’s well aware of how cost can become a factor in decision-making. “I think [veterinarians] have to give [clients] permission to be honest. And they will. Oftentimes they do feel judged, and that’s unfortunate. Very few people who aren’t independently wealthy don’t have these same concerns and fears.” And a failure to communicate, she says, can lead to resentments between veterinarian and client.

“It doesn’t seem to cover anything,” complains Simmons, explaining why she opted against [pet insurance] after seeing friends submit claims that their insurance refused to pay.

Sharing your life with pets, in other words, can get expensive

Getting into a precarious financial situation by taking on large amounts of debt without a realistic plan for resolving that debt will be stressful for both pet guardians and animals alike.

For Julie Simmons, another pet guardian who’s faced multiple challenging medical decisions, says that the issue of care gets even more complicated when she’s making financial decisions on behalf of someone else — as was the case when her mother-in-law’s cat got sick. Simmons declined to pursue a $4,000 treatment on the grounds that it was too expensive and the cat’s life expectancy didn’t balance out the cost.

“[My mother-in-law] kept saying, you know, ‘we might be able to cure it, let’s fix it,’” recalls Simmons, expressing sentiments that put her in a difficult position. By contrast, when her four-year-old dog required ACL surgery, with a similar estimated cost, she approved it, feeling he had many active years ahead of him and she could afford it.

It may seem like a betrayal to balance affordability alongside treatments. But cost is a reality, and being unable to afford care doesn’t mean people don’t love their pets. Counterbalancing fears of cost with considerations like pain, anticipated outcome of treatment, and your animal’s quality of life may help you make a decision that leads to less future guilt and stress. And if it happens to be the less expensive one, that doesn’t make you a bad person.

Author Katherine Locke experienced this when making the decision to euthanize her cat Louie: He was aggressive and didn’t tolerate treatment well, so expensive care would have been traumatic — not just costly — for everyone involved.

Saving up for the inevitable

Simply designating a savings account for veterinary expenses is one approach — setting money aside every month can ensure that it will be available when it’s needed, and it can be added to a monthly budget along with other savings goals. Some pet guardians also opt to purchase pet insurance, which ostensibly either pays for care at the point of service or reimburses pet guardians after the fact for care they’ve purchased.

But know what you’re buying. “It doesn’t seem to cover anything,” complains Simmons, explaining why she opted against it after seeing friends submit claims that their insurance refused to pay.

While frank talk about how much you’re willing to spend and in what context isn’t a comfortable conversation, it’s a necessary one.

Many plans are expensive and have high deductibles, which may result in price shock during major medical events. Some hospital chains, like Banfield, offer “wellness plans,” operating much like an HMO where pet guardians can buy into a plan that covers routine care and defrays the cost of significant medical events.

Those interested in pet insurance should review plans carefully and may wish to contact their veterinarians to see if they have recommendations.

CareCredit — a company that offers medical lending for both veterinary and human care — allows pet guardians to take out short-term zero interest loans to cover veterinary costs in emergencies. But when the term expires, the interest spikes.

This may be a good option for those who can quickly pay off a veterinary debt, but those operating on limited budgets may run into trouble. Similarly, limited numbers of veterinary offices may offer installment plans rather than requiring payment in full at the time of service, but these are rarely an option.

A loan adds up Before taking on an obligation like CareCredit, you should consider whether you can pay off the loan within the term. $1,200 over 12 months might be doable for one person, for example, while $6,000 might be utterly unrealistic.

Organizations like Red Rover provide some limited help with veterinary bills for qualified applicants, while breed-specific rescues may also maintain veterinary funds. These emergency measures aren’t a guarantee, though, and managing applications and calls for help can be stressful in the midst of an emergency.

Relying on crowdfunding may not be a realistic solution either. We hear stories from crowdfunding sites like GoFundMe and YouCaring helping with emergency expenses, but successful fundraisers usually have appealing stories, excellent photographs, and the support of a network with one or more celebrities who can spread the word.

For example, this victim of horrific animal cruelty raised $13,000 thanks to a deeply sad story and the fact that the campaign was organized by a cat photographer who had a built-in fan base willing to chip in. These are factors that don’t come easily to the average pet owner.

Instead, those who are worried about finances should find the happy medium between the extremes of paying whatever it costs or doing nothing. To do this, they need to think about these decisions in advance. While frank talk about how much you’re willing to spend and in what context isn’t a comfortable conversation, it’s a necessary one.

Cat guardian Shayla Maas, a former nurse with expensive animal experience, weighs concerns about cost of care and her larger plans for her animals’ lives so she’s not taken by surprise.

For Maas, considering the cost and benefit of care includes financial as well as emotional and physical costs and benefits. “I don’t want to put her into more misery for my benefit,” she says of her beloved elder cat Diana. She’s determined Diana’s quality of life markers — like a fondness for cheese — to help her make difficult decisions in the future.

s.e. smith is a Northern California-based journalist with a focus on social justice whose work has appeared in Esquire, Teen Vogue, Rolling Stone, The Nation, and many other publications. 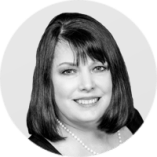