The Pros and Cons of Running on an Empty Stomach

Running is an excellent form of aerobic exercise. It’s a versatile, convenient activity that can be tailored to your lifestyle and goals. Plus, a regular running routine can reduce your risk for chronic disease.

Some people like to run on an empty stomach. They often do this in the morning, after at least 6 to 8 hours of overnight fasting. It’s sometimes called “fasted running” or “fasted training.”

When you haven’t eaten, your glycogen levels are low. Glycogen is the storage form of carbohydrates. It’s what your body primarily uses for energy.

According to fans of fasted exercise, the general benefits are due to these low glycogen levels. Yet, running on an empty stomach may not be safe for everyone. It might even hinder your fitness goals.

In this article, we’ll explore what the science says about fasted running, along with safety precautions.

Benefits of running on an empty stomach

According to research, running without eating before may have potential benefits.

Fasted running is most known for its purported effect on fat burn. The idea is that your body uses more fat as energy because your carbohydrate stores are low. The result is higher fat burn, or “oxidation.”

In a small of 10 male participants, exercise increased fat oxidation over 24 hours when the workout was done before breakfast.

The same scientists found similar results in a small with nine female participants. According to the researchers, this is due to the body’s response to low carbohydrate levels. The lack of carbs stimulates genes that control fat oxidation.

The research is conflicting, though. In a 2018 study, fasting caused less fat burn after exercise than a pre-workout meal of protein or carbs. And a of 71 studies didn’t find a solid link between fasted endurance training and increased fat oxidation.

If you’re trying to lose weight, fasted exercise may help control your energy intake. In a small , 12 male participants who ran on an empty stomach consumed less energy over 24 hours.

Another small with 12 male participants found that fasted exercise lowered energy intake over 24 hours. The scientists attributed this to the liver, which also stores glycogen.

Your body taps into your liver glycogen stores when your blood and muscle glycogen levels are depleted. According to the researchers, this affects your energy intake through the liver-brain neural network.

There’s some evidence that training on an empty stomach may increase aerobic endurance.

In a small 2010 study fasted exercise was associated with higher VO₂ max. VO₂ max refers to your maximum oxygen uptake during intense physical activity. It’s a measurement of aerobic endurance and overall fitness.

However, the study is old and only had 14 participants. Additional research is necessary.

During prolonged exercise, it’s common to experience digestive issues like:

These symptoms often affect athletes who run long distances or train for long periods of time.

If you’re prone to exercise-induced digestive issues, running on an empty stomach might be ideal.

Drawbacks of running on an empty stomach

There are some disadvantages to running fasted. Here’s what the science says.

Although your body can use fat for fuel, it’s not sustainable. When your fat stores fail to meet the demands of your run, fatigue will set in. This makes it difficult to maintain a high intensity or pace.

In an older , running after fasting was associated with lower endurance for 10 male participants. A of 46 studies found that exercise after eating improves prolonged aerobic performance.

As your energy stores decline, you’re more likely to feel fatigued. Fatigue can increase your risk for injury during physical activity.

Plus, your brain needs glucose to properly function. This is especially important during exercise, when your body is also using glucose to fuel your muscles.

If you run fasted, your brain might not get enough energy. It may be difficult to practice proper form and pay attention to your surroundings.

Cortisol is a hormone that your adrenal glands produce. It controls basic functions like blood glucose and the stress response.

Your cortisol levels are highest in the early morning. Furthermore, a found that morning exercise after overnight fasting raises cortisol levels. This means running on an empty stomach, which is usually done in the morning, could negatively affect your muscles.

Fasted exercise isn’t appropriate for everyone.

If you have type 1 or type 2 diabetes, running on an empty stomach might cause low blood sugar (hypoglycemia).

You’re more likely to develop exercise-induced hypoglycemia if you take diabetes medications, like insulin. To stay safe, always check your blood sugar and eat a snack before running.

Similarly, if you have Addison’s disease, running fasted can lead to dangerously low blood sugar levels.

If you have either condition, ask your doctor how to exercise safely.

Although some research shows that fasted exercise increases fat burn, it may not be ideal for long-term weight loss.

In a 2014 study with 20 participants, exercising before and after eating caused similar rates of weight loss. These findings suggest that working out fasted doesn’t cause significant changes in body composition.

This is due to the way the body regulates its fuel source. When you burn high amounts of fat during a fasted run, your body compensates by reducing fat burn later on. It utilizes more glucose instead.

In general, it’s recommended to eat before running. This gives your body the fuel it needs to exercise safely and efficiently.

If you prefer to run on an empty stomach, stick to light to moderate running. Take a break if you start to feel lightheaded.

The exception is if you’re running a long distance or doing a high-intensity run. These activities require a lot of energy, so it’s wise to eat before.

Healthy snacks before and after running

If you do want to eat before a run, choose a light snack. Focus on healthy carbs. Eat your snack 1 to 3 hours before running. Ideal pre-workout snacks include:

After running, eat lean protein and healthy carbs within 2 hours. These nutrients will support muscle recovery and replenish your glycogen stores.

Examples of good post-workout meals include:

Also, drink water before, during, and after your run. It’s the best way to avoid dehydration due to exercise.

When to talk with a pro

It’s possible to maintain a running routine on your own. However, you should work with a pro if you:

Start by talking to your doctor. Depending on your situation, you can also work with a personal trainer and a dietitian. They can let you know whether running on an empty stomach is safe for you.

Everyone is different, so it’s important to listen to your body. You might feel best while running on an empty stomach. In this case, light to moderate runs are the safest option.

More intense runs require a pre-workout meal. This will give your body enough fuel to efficiently work out. If you’re new to running, or if you have a chronic disease, talk to your doctor before trying fasted running. 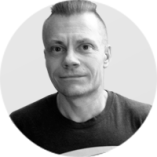