What is the Esophagus Cancer Survival Rate?

Esophageal cancer usually starts in the lining and can occur anywhere along the esophagus.

According to the American Society of Clinical Oncology (ASCO), esophageal cancer accounts for 1 percent of the cancers diagnosed in the United States. That translates to an estimated 17,290 adults: 13,480 men and 3,810 women.

When given a cancer diagnosis, one of first statistics people are anxious to see is the five-year survival rate. This number is the portion of the population with the same type and stage of cancer still living five years following diagnosis.

For example, a five-year survival rate of 75 percent means that an estimated 75 out of 100 people with that cancer are still alive five years after diagnosis.

Rather than five-year survival rates, some people are more comfortable with estimates of the relative survival rates. This is a comparison of people with a type of cancer and the overall population.

For example, a relative survival rate of 75 percent means that people with a type of cancer are 75 percent as likely as people who don’t have that cancer to live for at least 5 years following diagnosis.

According to the National Cancer Institute’s Surveillance, Epidemiology, and End Results (SEER) database, the five-year survival rate for people with esophageal cancer is 19.3 percent.

Although statistics can be interesting, they may not tell the whole story. Keep in mind that survival rate statistics for people with esophageal cancer are estimated from general data. It’s not detailed by factors such as overall health.

Also, survival statistics are measured every 5 years, which means that advancements in diagnosis and treatment newer than 5 years won’t be reflected.

Perhaps the most important thing to remember is that you’re not a statistic. Your doctor will treat you as an individual and provide survival estimates based on your specific situation and diagnosis. 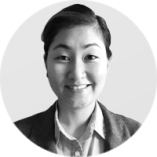