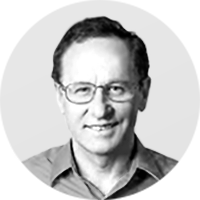 Being diagnosed with a chronic disease such as diabetes can have a profound impact not only on one’s physical health but on one’s mental health as well. Also, Women transitioning into menopause (perimenopause) are also more likely to be diagnosed with mood disorders such as depression. The combination of depression with chronic health issues can lead to a cycle of worsening symptoms for both the physical and mental health of a patient, therefore it is important to treat depression in conjunction with the chronic condition. In the case of menopause, certain treatments for depression may actually relieve some of the physical symptoms associated with hormonal changes.

A recent Harvard University study of 78,282 female registered nurses found that women with a combination of depression and diabetes were at a significantly increased risk of premature death compared to those who had only one or the other of the conditions or neither. Women with diabetes had a 35 percent greater risk of dying compared to those who did not have the disease while women with depression were 40 percent more likely to die prematurely. Women with both conditions, however, were twice as likely to die prematurely than those who had neither. The leading cause of death for the women in the study was congestive heart disease. Those with diabetes alone had a 67 percent increased risk for death while women with depression had a 37 percent chance of dying early from congestive heart disease. Women with both conditions were 2.7 times more likely to die from cardiovascular disease than women with neither condition. Although this particular study focused on women, the results are believed to be consistent with men suffering from both depression and diabetes as well.

Although researchers aren’t entirely clear on the reasons for the dramatic increase in mortality rates for those with both diseases, studies indicate that depression is associated with:

It isn’t just adults who are affected by the negative consequences of having both depression and diabetes. A 2005 study published in Pediatrics found that children between the ages of 11 and 18 with both type 1 diabetes and high levels of depressive symptoms were at an elevated risk of hospitalization due to complications from the disease. For both children and adults with diabetes, interventions and treatments to relieve depressive symptoms may also help mitigate the effects of the disease and lead to a better quality of life. Therefore, many researchers advocate for increased depression screening for those with diabetes.

A pair of 2006 studies published in the Archives of General Psychiatry found that the transition to menopause (perimenopause) is linked to depression and that depression may be at least partially due to hormonal changes. In one of the studies, women entering perimenopause were four times as likely to report high numbers of depressive symptoms than before the change in their menstrual cycles. They were also twice as likely to be diagnosed with clinical depression. Fluctuating levels of the hormone estradiol was the strongest risk factor for depression. In the second study, researchers found that the women who reported the most depression also had the highest number of hot flashes (a common symptom associated with menopause). Hormone replacement therapy was found to provide some relief for more severe depression but had no effect on depressive symptoms overall.

In 2004, the Women’s Health Initiative concluded that hormone replacement therapy to treat hot flashes increased health problems including the risk of stroke, compelling many women to stop taking estrogen pills. Unfortunately, no other drugs are FDA approved for the treatment of hot flashes and studies have shown the effectiveness of alternative therapies to be disappointing. Enter antidepressants. In a 2011 study published in the Journal of the American Medical Association, researchers found that the elective serotonin re-uptake inhibitor (SSRI) escitalopram (brand name Lexapro) significantly reduced both the occurrence (by nearly one half) and severity of hot flashes when compared with a placebo. Researchers are still unsure as to why the SSRI worked to ease hot flashes but reported that there were no serious adverse effects reported among the women who participated in the study. Antidepressants often have their own uncomfortable side effects, however, which may include fatigue, dizziness, insomnia and stomach problems.