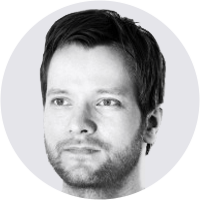 From the time you’re a child, you’re warned that sugary drinks can be bad for your teeth. But many young people with Mountain Dew Mouth are finding out just how true those warnings are.

Mountain Dew Mouth refers to the tooth decay that accompanies the frequent consumption of soft drinks (pop soda), particularly — as you may have guessed — Mountain Dew.

The phenomenon is common in the Appalachian region of the United States, where of people experience tooth decay before turning 44 years old.

But how does this widespread dental drama happen and what can you do to ensure your teeth remain healthy?

How soda damages your teeth

Many studies have associated a high intake of carbonated soft drinks, like Mountain Dew, with increased dental erosion.

Carbonated soft drinks are bad for your teeth. It’s as simple as that. But the reasons aren’t quite so simple.

A combination of sugars, carbonation, and acids within the beverages are credited with the dental damage.

Sugar, carbonation, and acids weaken tooth enamel, the protective covering on your teeth. They also encourage the growth of bacteria in the mouth. Without enamel protecting your teeth, these bacteria can do significant damage.

Mountain Dew Mouth is a phenomenon associated strictly with the greenish soft drink Mountain Dew. This soda has approximately 11 teaspoons of sugar per 12-fluid ounce (360 ml) serving — more than Coca-Cola or Pepsi.

Mountain Dew also contains citric acid, an ingredient often used in lemon- or lime-flavored foods and drinks. Experts say this acidic ingredient adds another layer of danger to the drink.

How common is it?

It’s difficult to say just how common Mountain Dew Mouth is, but we know the consumption of soft drinks is at an all-time high. The soft drink industry is a billion dollar a year industry, with many Americans consuming multiple soft drinks in a single day.

In some areas of the country, this rate is higher. Experts on Mountain Dew Mouth suggest that Americans in Appalachia are particularly vulnerable because they’re more likely to live in poverty, have less access to quality dental care, and are simply unaware of the damage they’re doing to their teeth. After all, soda is cheaper than milk, and it doesn’t go bad.

Some researchers estimate that around of people living in the Appalachian Region experience tooth decay by age 44, and about half are diagnosed with periodontal disease.

It’s not unusual to see young mothers putting Mountain Dew in their baby’s bottles or young adults with rotting teeth in this region of the country.

What are the solutions?

One simple way to avoid Mountain Dew Mouth is to reduce or stop drinking Mountain Dew and other soft drinks. But if you just can’t kick the habit, there are other ways to reduce the risk.

Drink water. Experts say that sipping on these beverages throughout the day compounds the danger. It bathes your teeth in a steady stream of the damaging acids and sugars. Drinking pure water afterward, and using it like a mouthwash, may help reduce the acidity.

Visit the dentist. Proper dental care is also important. Regular visits to the dentist can spot cavities and damage before it progresses to visible tooth decay.

On a larger scale, experts have suggested taxing sodas, making them unavailable for purchase with food stamps, and increasing education for at-risk populations.