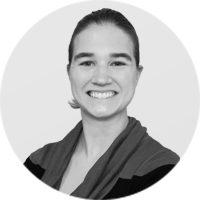 Almost people in the United States alone have contracted this virus. The Centers for Disease Control and Prevention (CDC) estimates new diagnoses each year.

HPV is the most common sexually transmitted infection (STI) in the United States. Certain types of HPV can cause cervical cancer. But can HPV cause other types of cancer, like breast cancer?

Breast cancer occurs when cancer forms in the cells of the breasts. According to 2015 statistics from the CDC, breast cancer had the highest rate of new cases among women in the United States compared to other cancers that year. It also had the second highest death rate of any type of cancer in U.S. women.

While more common in women, this type of cancer can occur in men as well.

Breast cancer usually starts in the milk-producing glands, called lobules, or the ducts that drain milk to the nipple.

Noninvasive cancers, also known as carcinoma in situ, stay within the lobules or ducts. They don’t invade normal tissue around or beyond the breast. Invasive cancers grow out into and beyond surrounding healthy tissue. Most breast cancers are invasive.

Can HPV cause breast cancer?

Although researchers have connected HPV to cervical cancer, suggesting a link exists between breast cancer and HPV is controversial.

In a , both cancerous and benign breast tissue samples were analyzed. Researchers were able to detect high-risk HPV DNA sequences and proteins in some malignant breast cancer tissue samples.

However, they also found evidence of high-risk HPV in some of the benign samples as well. They theorize that there may be a possibility that breast cancer may eventually develop in these people, but note that further investigation and follow-ups are required to either confirm or disprove this.

Taken together with the 2009 study, this underlines the importance of continuing to investigate a possible link between breast cancer and HPV. More research is necessary.

What are the causes of breast cancer?

No one knows exactly why breast cancer occurs. The environment, hormones, or a person’s lifestyle could all play a role in the development of breast cancer. It may also have genetic causes.

High-risk HPV can cause cancer if your immune system doesn’t eliminate the cells it infects. These infected cells can then develop mutations, which can cause cancer. Because of this, it’s possible that HPV could cause breast cancer, but not enough research exists to support that theory.

Breast cancer isn’t often inherited, but genetic factors may play a role for some people. Eighty-five percent of the cases occur in women who have no family history of breast cancer.

The greatest risk factor for HPV is being sexually active.

Can you prevent breast cancer and HPV?

You can’t prevent breast cancer. Instead, you should perform self-exams and get screening exams.

Recommendations about when you should start getting a mammogram or how frequently you get it vary.

The American College of Physicians (ACP) recommends that women begin getting mammograms when they’re 50 years old.

The American Cancer Society recommends that women start getting mammograms when they’re 45.

Both organizations say that starting screening at 40 years old may be appropriate for certain women. Talk to your doctor about when to begin screening and how frequently you should get mammograms.

Catching breast cancer early can help stop it from spreading and increase your chances of recovery.

You can help prevent HPV by doing the following:

You should use latex condoms every time you have sex. However, be aware that HPV is different from a typical STI in that you can contract it through areas that a condom doesn’t cover. Use as much caution as possible when engaging in sexual activity.

This is the best way to prevent cancer that’s due to HPV. The U.S. Food and Drug Administration (FDA) has approved three vaccines to prevent HPV:

These vaccines are approved for females and males ages 11 to 26. Gardasil 9 is now also approved for both men and women ages 27 to 45 who weren’t previously vaccinated.

Current evidence doesn’t support a link between HPV and breast cancer. However, you can do the following:

Preventing cancer isn’t always possible. However, you can increase your chances of catching and treating cancer early if you’re proactive.