Medically reviewed by Susan Bard, MD — By Colleen de Bellefonds on November 13, 2020
We’re breaking down the why behind what you put on your face. We rely on the research, not the hype, so you can be smart about your beauty routine. Do you have a topic for our beauty skeptic to break down? Let us know and you might be featured in the next Brainy Beauty column. Email us at choshaw@healthline.com.

If you’ve gone over the fine print on some of your favorite beauty products recently, you may have noted “anti-pollution” as one of several touted benefits.

Either way, you might have wondered: Is pollution really harming my skin? And can anti-pollution skin care protect it?

We dug through the research and asked a few top-notch dermatologists to weigh in on this trending beauty term.

Whether it’s a tried-and-true skin care regimen, how often you wash your hair, or the cosmetics you’re curious about, beauty is personal.

That’s why we rely on a diverse group of writers, educators, and other experts to share their tips on everything from the way product application varies to the best sheet mask for your individual needs.

We only recommend something we genuinely love, so if you see a shop link to a specific product or brand, know that it’s been thoroughly researched by our team.

Like many of the world’s biggest beauty trends, the “anti-pollution skin care” wave began in Asia.

That may be because in some big Asian cities, like Beijing, the amount of air pollution .

“It causes them to focus on this more than in countries that aren’t as challenged as much by pollutants,” says Dr. Bruce Robinson, FAAD, a board certified dermatologist in New York City and clinical professor of dermatology at Lenox Hill Hospital.

With climate change becoming a problem no matter where you live, we’re all a bit more aware of pollution these days.

But what does science actually say about the benefits of anti-pollution skin care?

How pollution harms the skin

Pollutants pass through skin cell membranes and diffuse into the body, explains Dr. Adam Mamelak, a board certified dermatologist based in Austin, Texas.

“The uptake of pollutants by the skin has been reported as similar to the uptake after inhalation,” he explains. “That means similar levels of pollutants get into our body through the skin as they do through breathing in these noxious chemicals.”

Once they enter the skin, pollutants have to induce oxidative stress by lowering naturally occurring levels of antioxidants.

According to Mamelak, normal metabolic processes and inflammation cause the body to produce free radicals. We naturally produce antioxidants to neutralize these free radicals before they cause damage.

“The body typically can maintain a balance between antioxidants and free radicals. However, external factors, such as pollution or ultraviolet (UV) radiation, can cause an imbalance,” says Dr. Kellie Reed, a board certified dermatologist at Westlake Dermatology in Austin, Texas.

One and have shown that chronic exposure to pollutants in the atmosphere generates free radicals while depleting the skin of the antioxidant vitamins C and E.

This causes inflammation and impairs the skin barrier.

Environmental pollution to contribute to skin damage that leads to aging, including sun spots and wrinkles, as well as moisture loss, says Reed.

A of nearly 70,000 people linked increased levels of ozone pollution to rising ER visits for hives, eczema, and contact dermatitis.

“More comprehensive studies need to be done, but overall, the symptoms of chronic inflammatory skin diseases such as acne and atopic dermatitis (eczema) seem exacerbated when people are exposed to high pollution levels,” says Reed.

The Environmental Protection Agency (EPA) lists the following as the main outdoor pollutants:

It probably won’t surprise you that pollutants tend to be most problematic in big and densely populated cities, says Robinson.

Robinson says there’s not a lot of research to support anti-pollution skin care products, and most studies have been done by skin care companies.

“There is definitely some bias. However, many can show significant results in using their products,” says Mamelak.

“To me, there’s nothing new in these. It’s marketing,” adds Robinson.

All the doctors we talked to agree that skin care products with anti-pollution benefits contain ingredients that protect the skin from all sources of damage, including environmental pollutants.

They work their magic in one of a few ways:

Antioxidants bind to free radicals before they can wreak havoc on skin cells, explain Robinson and Reed. Limited but promising research suggests they may battle pollution-linked skin damage.

A small by South Korean researchers found that people who used an antioxidant serum with vitamins C, E, and ferulic acid twice a day for 2 weeks after laser treatments had a greater reduction in pollution-linked dark spots on the skin.

Another by researchers with an Italian skin care company in 2019 followed 20 women living in a high-pollution urban area. They found that using the company’s serum, which contains ferulic acid and vitamin C, reduced dark spots and improved skin barrier function after a month.

Reed says the following antioxidants have been shown to be the most effective at protecting against skin damage from free radicals:

Regularly moisturizing strengthens the skin barrier to minimize the potential for air pollutants to penetrate skin cells and cause oxidative stress.

UV light is like a smart bomb, entering the skin and exploding collagen and elastic fibers to cause wrinkles, saggy skin, and cellular DNA changes that increase cancer risk, explains Robinson.

But there’s another reason to protect your skin from the sun: Some pollutants are actually activated by UV light before they exert their detrimental effects, adds Mamelak.

A mineral sunscreen (look for titanium dioxide or zinc oxide) with an SPF 30 or greater provides a physical barrier to both UV rays and pollutants.

“Pollution has been shown to affect the skin’s microbiome, the bacteria and microorganisms that naturally live on the skin and contribute to skin health,” says Mamelak.

Microbiome skin care “can help restore the proper balance of microorganisms on the skin,” he adds.

Malachite is touted as a pollution magnet that binds to heavy metals to decrease oxidative stress on skin, say experts. But Robinson says he hasn’t seen any big studies proving if and how heavy metals really do damage the skin.

“I don’t think there’s medical research to support these other items,” Robinson says.

“Many of these are proprietary ingredients that are studied prior to adding them to cosmetic products, and therefore hard to know exactly what they are and what is their mechanism of action,” says Mamelak.

A few tips to get the most out of your anti-pollution skin care product:

There are many anti-pollution formulations, but experts suggest choosing a serum or cream.

“They stay on the skin and are a great way to deliver antioxidants and humectants to help prevent, repair, and restore,” says Mamelak.

Look for ceramides or hyaluronic acid plus antioxidants.

“If you’re already using a product with those ingredients, you’re probably getting all the protection you need,” says Robinson.

Pollution has been shown to increase the risk of wrinkles, acne, and eczema.

Skin care products with hydrating ingredients like ceramides and hyaluronic acid help build up your skin’s barrier function to protect against environmental assaults.

Antioxidants like vitamins C and E help prevent free radicals from damaging the skin. And a mineral sunscreen can physically block both UV rays and pollutants.

That said, you don’t have to choose a product specifically labeled as “anti-pollution” to reap pollution-protecting benefits.

“There’s nothing new in these products,” says Robinson. “It has become a catchphrase for products that already exist.”

Colleen de Bellefonds is a Paris-based health and wellness journalist with over a decade of experience regularly writing and editing for publications including WhatToExpect.com, Women’s Health, WebMD, Healthgrades.com, and CleanPlates.com. Find her on Twitter @ColleenCYNC. 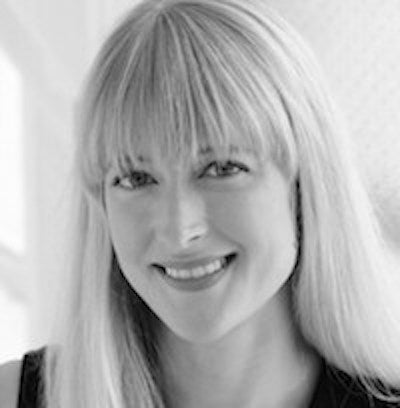