Natural remedies from the inside and out

Treating depression doesn’t have to mean hours of counseling or days fueled by pills. Those methods can be effective, but you may prefer natural methods to boost your mood.

Exercise, mind-body therapies, and herbal supplements may have the power to affect your outlook and even alter your brain chemistry. Many of these treatments are safe, but aren’t always proven to be effective.

Exercise to pump you up

Regular physical activity might not be the first thing your doctor prescribes when they diagnose you with depression. However, maybe it should be part of your therapy.

A Duke University study found that 30 minutes of moderate aerobic exercise three times a week was as effective at relieving symptoms of depression in the short term as antidepressant medication.

The study also found that depression was less likely to return in people who continued to exercise after the initial trial.

Depression can make you feel disconnected from the things you love. It also can cause fatigue and sleep problems. Unwinding can have a positive effect on your mood.

Meditation is a form of relaxation intended to clear your mind by focusing on the breath, a word, or a mantra. Some suggest that daily meditation can help alleviate stress, anxiety, and symptoms of depression.

Mindfulness practices, including meditation, train people to focus attention on the moment. This helps to cultivate an attitude of openness and acceptance, which may have antidepressant effects.

Shaping the body and mind with yoga

Yoga is a mind-body exercise. A yoga routine moves through a series of poses that help improve balance, flexibility, strength, and focus. The poses are thought to:

Though more research is necessary, some studies, including studies by the University of Westminster, show that yoga may be beneficial for improving depression symptoms.

Guided imagery is a form of meditation in which you envision a goal in as much detail as you can. This technique uses the power of positive thinking to help attain something specific, like happiness.

Music therapy has been used to help improve the moods of people with depression. Sometimes it involves listening to music that promotes relaxation and positivity. Other times, it involves singing as a form of therapy.

One study showed that both of these therapy types could help decrease stress and improve mood.

St. John’s wort is a popular herbal treatment for depression in Europe. American physicians are more divided about its usefulness.

According to the National Center for Complementary and Alternative Medicine (NCCAM), St. John’s wort doesn’t appear to be effective in treating major depression. But it may benefit people with mild-to-moderate forms.

St. John’s wort may have serious interactions with medications, herbs, and supplements. To be safe, always consult your doctor before taking it.

S-adenosyl-L-methionine (SAM-e) is a chemical that occurs in the body naturally. It’s involved in many bodily functions, including brain and liver function. Some studies show that SAM-e may help with depression symptoms, but the research doesn’t provide conclusive evidence, according to NCCAM.

SAM-e pills are sold as a dietary supplement. However, people with bipolar disorder or manic depression should not take SAM-e because it may cause mood swings and mania.

5-Hydroxytryptophan (5-HTP) is a naturally occurring chemical. It works by increasing the amount of serotonin in the brain. Serotonin is associated with mood, sleep, and other functions.

Some studies suggest that 5-HTP may be effective in treating depression, but taking 5-HTP at high doses or for long periods could be dangerous. The FDA doesn’t test dietary supplements.

In the past, contaminants have caused some 5-HTP users to develop a sometimes-fatal blood condition. More studies need to be done to determine if 5-HTP can be effective in treating depression.

Kava is a root from the kava plant that’s known for its sedative and anesthetic properties. It’s most commonly used as an ingredient in relaxing teas. Areas of the South Pacific, including Hawaii, have used kava for stress release, mood elevation, and other calming effects.

In fact, its relaxing effects have been likened to benzodiazepines. have shown that kava is safe and effective in treating tension and anxiety, which may help ease depression symptoms. However, more research is needed to prove conclusive evidence. 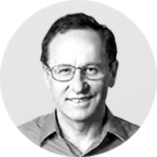