Signs and Symptoms Your Baby May Be Lactose Intolerant

Cow’s milk can do a number on the tummy — in adults and children. While that doesn’t always stop us from eating a bowl of ice cream, we may pay for it later with that familiar stomach gurgling.

Usually, it’s the lactose in milk that’s the culprit of tummy troubles. If you’re lactose intolerant, your body can’t digest lactose — the sugar in dairy products. And as a result, drinking milk or eating dairy products like cheese or yogurt can cause symptoms ranging from stomach cramps to diarrhea.

Many adults live with a lactose intolerance. In fact, it’s estimated to affect as many as 30 to 50 million American adults. But more rarely, babies can have it as well.

Here’s what you need to know about lactose intolerance in babies, as well as how an intolerance affects breastfeeding and formula feeding.

What are the symptoms of a lactose intolerance in babies?

Of course, if your baby appears to have trouble digesting dairy, this doesn’t necessarily mean that they’re lactose intolerant. Their symptoms could be caused by something else. (Nothing about parenthood is ever simple, is it?)

But typically, symptoms of a lactose intolerance in babies include:

Since babies can’t talk, they can’t explain what’s bothering them. So it’s not always easy to tell when they’re having stomach issues.

A bloated stomach may look slightly larger than normal and feel hard to the touch.

Another sign of lactose intolerance is symptoms starting shortly after feedings — within 30 minutes to 2 hours of consuming breast milk, milk-based formula, or solid foods containing dairy.

Is it a milk allergy instead?

Keep in mind, too, that your baby might not have a problem with lactose, but rather a milk allergy.

Milk allergy symptoms are similar to symptoms of a lactose intolerance, but these conditions aren’t the same.

A milk allergy is a type of food allergy that occurs when the immune system overreacts to dairy. If your baby has a milk allergy, they may have an upset stomach and diarrhea. But they’ll also have symptoms that don’t occur with an intolerance:

If you suspect a milk allergy — even a mild allergy — see your doctor. A milk allergy can advance and cause severe symptoms like a drop in blood pressure, trouble breathing, and anaphylaxis. According to Food Allergy Research and Education, milk allergies affect about 2.5 percent of children under 3 years old.

How common is lactose intolerance in babies?

Most people with a lactose intolerance don’t develop symptoms until later in life when their body’s natural production of lactase — the enzyme that helps the body digest lactose — declines.

This decline doesn’t usually take place until later in childhood, during the teenage years, or in adulthood. So lactose intolerance in babies under age 1 is pretty rare — but it’s not impossible.

Some babies have a lactose intolerance because they’re born without any lactase enzymes to begin with. This is known as congenital lactase deficiency, and if your baby has this deficiency, you’ll know it almost immediately after birth. They’ll have symptoms after drinking breast milk — which also contains lactose — or formula based in cow’s milk.

It’s unknown how many babies are born with this condition worldwide. Interesting fact: It seems to be most common in Finland, where about 1 in 60,000 newborns can’t digest lactose. (Note that this is still pretty rare!)

The cause of this deficiency is a mutation of the LCT gene, which essentially instructs the body to produce the enzyme needed to digest lactose. This is an inherited condition, so babies inherit this gene mutation from both of their parents.

Some premature infants are born with a developmental lactase deficiency. This is a temporary intolerance that occurs in infants born before their small intestines are fully developed (generally, before 34 weeks gestation).

Also, some babies develop a temporary lactose intolerance after a viral illness, like gastroenteritis.

How is a lactose intolerance diagnosed in a baby?

Since a lactose intolerance is uncommon in infants, your doctor may refer you to an allergist to rule out a dairy allergy after also ruling out other common digestive issues.

The allergist may expose your baby’s skin to a small amount of milk protein, and then monitor their skin for an allergic reaction.

If your baby doesn’t have a milk allergy, your doctor may take a stool sample to check the acidity of their poop. Low acidity can be a sign of lactose malabsorption, and traces of glucose is evidence of undigested lactose.

Your doctor may also suggest removing lactose from their diet for 1 to 2 weeks to see if their digestive symptoms improve.

How does a lactose intolerance affect breastfeeding and formula feeding?

If diagnostic testing confirms a lactose intolerance, don’t immediately panic and stop breastfeeding. Whether you’re able to continue breastfeeding depends on the type of lactase deficiency.

For example, if your baby develops a lactose intolerance after a viral illness, the general recommendation is to continue breastfeeding. Breast milk can give their immune system a boost and help heal their gut.

If your infant has developmental lactase deficiency due to a premature birth, this condition only lasts a few weeks or months. So your baby may eventually drink milk-based formula or breast milk with no problem, although you’ll need to use lactose-free infant formula in the meantime.

But breastfeeding isn’t an option if your baby has a congenital lactase deficiency. The lactose in your breast milk can cause severe diarrhea and lead to dehydration and electrolyte loss. You’ll need to feed your baby with lactose-free infant formula.

Will my baby get over a lactose intolerance?

Lactose intolerance following a viral illness or a premature birth is usually temporary — hooray! — and your baby’s body may eventually produce normal levels of the lactase enzyme to digest the sugar in milk.

But a congenital lactase deficiency is a lifelong condition, and you’ll need to modify your little one’s diet to avoid symptoms.

The good news is that lactose-free infant formulas contain nutrients — like calcium, vitamin D, and vitamin A — that babies receive from drinking lactose-based products. (And there’s never been a better time to grow up with lactose intolerance, as so many people are going dairy-free by choice.)

Popular baby-friendly foods that may contain lactose include:

Q: If my baby’s lactose intolerant and I’m breastfeeding, will it help if I quit eating lactose — or will I still have to switch to a dairy-free formula?

A: Taking dairy or lactose out of your diet will not reduce the lactose in your breast milk. Breast milk naturally contains lactose.

Please make all changes to your baby’s diet with the assistance of your healthcare provider.

An inability to digest the sugar in milk can be uncomfortable for a baby, but diarrhea, gas, and stomach pain don’t always mean lactose intolerance. These symptoms could indicate a milk allergy, general digestive problems common in the first 3 months of life, or something else.

If you believe that your baby has trouble digesting milk, see your pediatrician for a diagnosis. And take heart — while a diagnosis may seem daunting at first, it’ll put you well on your way to having a happier, less fussy baby. 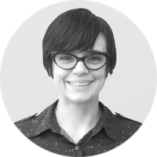