Arteries of the Body 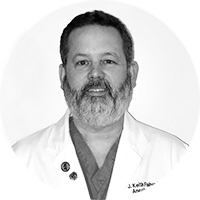 Your circulatory system contains a vast network of blood vessels, which includes arteries, veins, and capillaries.

According to the Cleveland Clinic, if you laid out all of the blood vessels of the body they would be about 60,000 miles long!

Arteries are a type of blood vessel. They work to carry blood away from the heart. In contrast, veins carry blood back to the heart.

Read on to discover more about the body’s network of arteries.

Arteries and your circulatory system

Arteries carry blood away from the heart in two distinct pathways:

Arteries can also be divided into elastic and muscular arteries based off of the material of their tunica media or middle layer.

The walls of arteries are three distinct layers:

Arteries come in a variety of sizes. The largest artery of the body is the aorta, which begins at the heart.

As they move further from the heart, arteries branch off and become increasingly smaller. The smallest arteries are called arterioles.

Arterioles connect to capillaries, which are the smallest blood vessels and are where the exchange of oxygen, nutrients, and waste occurs between the blood and the cells of the body.

After this exchange occurs, the blood enters the venous system, where it travels back toward the heart.

Major arteries of the body

Below are some of the major arteries that are found in the body and the organs and tissues that they service.

The largest and most important artery in the circulatory system is the aorta. It’s so important because it serves as the initial pathway for blood that’s leaving the heart and going to the rest of the body via smaller, branching arteries.

Without the aorta, the body’s tissues wouldn’t get the oxygen and nutrients that they need.

The aorta is connected to your heart via the aortic valve. It’s formed of the following parts:

There are several head and neck arteries:

The torso arteries include:

The abdominal arteries include:

Arteries of the arms

The arteries of the arm are the:

Arteries of the legs

Quick guide to arteries vs. veins

The arteries are blood vessels in the circulatory system that move blood away from the heart. This occurs through two different circuits.

The systemic circuit supplies the organs and tissues of the body with oxygen and other nutrients. The pulmonary circuit allows blood to acquire fresh oxygen while getting rid of carbon dioxide.

Because of their vital function, it’s important to keep arteries healthy. Damaged or narrowed arteries can lead to the body not getting an adequate blood supply, which can put you at risk for things such as heart attack or stroke.