Grated potato, buttermilk, and peppermint are all folk remedies for the discomfort caused by sunburn. Also commonly on this list is apple cider vinegar.

Though it seems counterintuitive to dab an acidic substance on skin inflamed by too much sun, it’s a remedy that many people swear by.

Suntans are often viewed as a sign of beauty and vitality. In reality, though, that coppery tan represents damage to the genetic matter in the cells of your skin. Over time, the damage can lead to skin cancer.

How does sunburn happen?

When you spend time in the sun, your body steps up its production of melanin to protect your skin from ultraviolet radiation. Melanin is the pigment that gives color to your skin, hair, and eyes.

However, your skin will eventually reach a point where the melanin can’t be produced quickly enough. This causes damage to the genetic material in your skin.

In response, healthy cells promote inflammation to get rid of the damaged skin cells. This is called the UV stress response. Your body generates new replacement cells, which can lead to skin cancer.

How quickly you get a sunburn depends on a number of factors, including your skin tone and the time of day. If you are very fair, you can get burned after just 15 minutes of exposure to midday sunshine.

About three or four hours after exposure to the sun, the blood vessels in your skin dilate, causing the redness associated with sunburn.

The full effect of your sunburn may not be seen for more than 24 hours. Sunburns normally peak 24 to 36 hours after exposure and heal within three to five days.

How apple cider vinegar can help

Make sure the vinegar is well diluted, as high concentrations can cause a burning sensation.

Some methods you can try include:

Vinegar can cause its own burns

Apple cider is touted as a hair clarifier, facial toner, wart reducer, and acne treatment. It has some antimicrobial benefits. But undiluted apple cider vinegar has been known to cause its own burns, so make sure it’s properly diluted.

In 2012, there was one reported case of an eight-year-old boy suffering chemical burns after apple cider vinegar was applied to an infected area on his leg.

Mayo Clinic and the American Academy of Dermatology advise taming a fiery sunburn with cool tap water, either using compresses or by bathing. They also recommend using a moisturizer, aloe vera gel or liquid, or hydrocortisone cream. 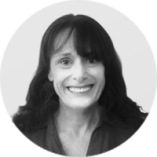