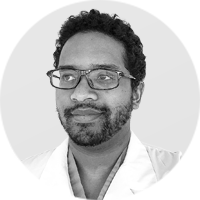 Aortobifemoral bypass is a surgical procedure to create a new path around a large, clogged blood vessel in your abdomen or groin. This procedure involves placing a graft to bypass the clogged blood vessel. The graft is an artificial conduit. One end of the graft is surgically connected to your aorta before the blocked or diseased section. The other ends of the graft are each attached to one of your femoral arteries after the blocked or diseased section. This graft redirects the blood flow and allows the blood to continue flowing past the blockage.

There are several types of bypass procedures. The aortobifemoral bypass is specifically for the blood vessels that run between your aorta and the femoral arteries in your legs. This procedure is considered to have a positive effect on your health. In one study, 64 percent of those who had aortobifemoral bypass surgery stated that their general health improved after the surgery.

The procedure for an aortobifemoral bypass is as follows:

Here is a standard recovery timeline following an aortobifemoral bypass:

This surgical procedure is usually only done if you are in danger of losing your limb or if you are having serious or significant symptoms. These symptoms may include:

These symptoms are considered serious enough for this procedure if they occur when you walk as well as when you are at rest. You could also need the procedure if your symptoms make it difficult to complete basic daily tasks, you have an infection in your affected leg, or your symptoms don’t improve with other treatments.

Conditions that may cause this type of blockage are:

Aortobifemoral bypass is the best option for a blockage that restricts blood flow to the femoral artery. However, there’s another procedure called an axillobifemoral bypass that may be used in some cases.

The axillobifemoral bypass puts less stress on your heart during the surgery. It also doesn’t require your abdomen to be opened during surgery. This is because it uses a plastic tube graft and connects the femoral arteries in your legs with the axillary artery in your shoulder. However, the graft used in this procedure is at greater risk of blockage, infection, and other complications because it travels a greater distance and because the axillary artery is not as large as your aorta. The reason for this increased risk of complications is due to the graft not being buried as deeply in the tissues and because the graft is narrower in this procedure.

The most serious complication of this procedure is heart attack. Your doctor will perform several tests prior to the surgery to ensure you don’t have heart disease or any conditions that could increase your risk of heart attack.

An aortobifemoral bypass has a 3 percent mortality rate, but this can differ based on your individual health and fitness at the time of the surgery.

Other complications that are less serious may include:

Outlook and what to expect after surgery

Eighty percent of aortobifemoral bypass surgeries successfully open the artery and relieve symptoms for 10 years after the procedure. Your pain should be relieved when you are resting. You pain should also be gone or greatly reduced when you are walking. Your outlook is better if you don’t smoke or quit smoking prior to the bypass surgery.