Everything You Should Know About Biphasic Anaphylaxis 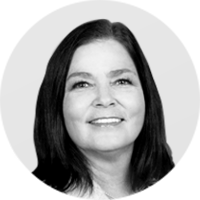 In March 2020, the Food and Drug Administration (FDA) released a to warn the public that epinephrine auto-injectors (EpiPen, EpiPen Jr, and generic forms) may malfunction. This could prevent you from receiving potentially lifesaving treatment during an emergency. If you’re prescribed an epinephrine auto-injector, see recommendations from the manufacturer and talk with your healthcare provider about safe usage.

Anaphylaxis is a potentially life threatening allergic reaction. It’s known to have a rapid and unpredictable onset.

Symptoms can start minutes after exposure to an allergen, which is any substance that causes you to have an allergic response.

Biphasic anaphylaxis is a recurrence of anaphylaxis after appropriate treatment. It happens with no additional exposure to the allergen. Think of it as anaphylaxis, part two.

Biphasic anaphylaxis strikes after you’ve survived the initial attack, and all seems well. The second attack can occur anywhere from 1 hour to 72 hours after the initial attack. It commonly happens within 10 hours.

Due to the risk of biphasic anaphylaxis, your doctor may want you to stay in the hospital after the initial attack to monitor your condition.

The symptoms of biphasic anaphylaxis are the same as anaphylaxis. They may differ in severity, though.

Symptoms of this second phase of anaphylaxis are typically mild or moderate.

There’s no guarantee, however, that the second event won’t become a life threatening one. Every episode requires immediate medical attention.

After exposure to an allergen, a series of potentially alarming events take place throughout your body:

Any allergen can cause anaphylaxis. Some allergens are more likely to trigger anaphylaxis, including:

Epinephrine, also known as adrenaline, is the primary drug used to treat anaphylaxis. It’s fast and effective in opening your airways and reducing other symptoms.

Epinephrine is available as an auto-injector. The person experiencing the attack or someone with them can administer the medication if medical help isn’t nearby. The brand most people are familiar with is EpiPen.

If your doctor decides that you should carry an auto-injector, they’ll give you a prescription for one and show you how it works. The device is easy to use:

If the blue safety release is raised or if the auto-injector doesn’t readily slide out of the carrying case, you shouldn’t use it. Instead, you should contact your doctor along with .

Even if you feel better after the injection, it’s still important to seek medical help. If you have a history of severe allergic reactions, you should always carry an epinephrine auto-injector and know how to use it.

It’s critical to identify what caused anaphylaxis so you can avoid it in the future.

In some instances, your doctor may recommend immunotherapy, or allergy shots, which can reduce your body’s response to the allergen.

If your doctor prescribes an epinephrine auto-injector, carry it with you. Show family members and others close to you how to use it, too.

What to do when an attack occurs

If you’re with someone who’s having an attack: