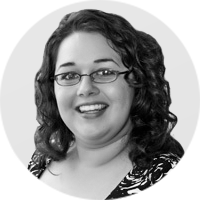 Molly is another name for the drug 3,4-methylenedioxymethamphetamine (MDMA). It’s hard to say whether it’s addictive since it’s almost impossible to know what you’re getting if you buy it.

People claim molly is a purer form of MDMA. However, a significant portion of what’s sold as molly is either mixed with other substances or contains no MDMA at all.

The other drugs that may be mixed with molly change the way people who take it react to it. That makes it hard to predict if a person may develop an addiction.

Another name for MDMA is ecstasy. Molly is commonly sold in either capsule or powder form. It’s usually swallowed but may also be snorted. Ecstasy is usually sold as colored tablets.

Here’s some important information you need to know about molly.

MDMA is a Schedule I drug. This means the Drug Enforcement Administration (DEA) considers it as having no medical use and high potential for misuse. It’s illegal to sell, buy, or use any form of MDMA — including molly — in the United States.

There are also powerful designer cathinone stimulants known by the street name “bath salts” that are often sold as molly. People taking these substitutes have strong cravings and much more violent reactions.

Symptoms of molly use

According to the National Institute on Drug Abuse (NIDA), some people who use molly on a regular basis may experience symptoms of dependence and withdrawal.

Molly takes effect within 30 to 45 minutes. Its effects last around six hours. It can take up to two days for molly to clear from the body.

Some immediate symptoms from taking molly can include:

In addition to these effects, taking molly may have serious, and in some cases, life-threatening effects on your body.

negative symptoms of molly use

Molly is a stimulant. It also has some hallucinogenic properties similar to mescaline or peyote. It affects the brain, heart, and other major organs.

Sometimes the drug can cause serious reactions. It depends on the person taking it and if they’re using other substances with molly.

When molly wears off, you may experience withdrawal symptoms. These can include:

Withdrawal symptoms can worsen if you increase your dose and frequency of use. These symptoms may point to an addiction, or substance use disorder.

To keep withdrawal symptoms at bay, some people may repeatedly use molly. Some dangers of repeated molly use can include:

Causes of MDMA use disorder

There are differences between tolerance, dependence, and addiction to a drug. How the brain and body react to the drug is key.

Some people develop tolerance to drugs. With tolerance, you need to use more of the drug or use it more often to get the same effects as when you first started taking the drug. This is sometimes why people take more molly or ecstasy over time.

When your body becomes dependent on a drug like molly, you can have physical and emotional symptoms, or withdrawal symptoms, from the drug if you stop using it.

A substance use disorder involves dependence as well as a complex brain-reward system. The neurotransmitter dopamine plays a major role. In some people, it also creates strong cravings for molly.

This can have serious effects on the brain and body. Use of the drug becomes compulsive even when it causes harm, like experiencing poor health or losing relationships or jobs.

Research is unclear on molly’s addictive potential. It has some of the same properties of other stimulant drugs like cocaine, but it’s not as strong. Addiction may be possible if there’s regular or heavy use.

Other stimulants are often mixed with molly. Depending on what they are, these stimulants may be more addictive than molly alone. This complicates the picture.

Diagnosis of MDMA use disorder

Some people do show signs of drug dependence and withdrawal with regular molly use.

A qualified addiction professional can help you manage these symptoms and recover.

behaviors that may indicate addiction

The following behaviors are associated with an MDMA use disorder:

Treatment for MDMA use disorder

Treatment for MDMA use disorder involves management of withdrawal symptoms, reducing cravings for the drug, and preventing relapse.

The Food and Drug Administration (FDA) hasn’t approved any medications to treat MDMA use disorder. But several medications are being tested.

If you or a loved one needs help to stop using molly, reach out to your doctor. You can also contact these organizations to find support:

Outlook for people with MDMA use disorder

As with any substance use disorder, success depends on many factors, including the right treatment and commitment to recovery.

It’s important to believe in your progress. Recovery may be a difficult journey, but success is very achievable.

MDMA is available in different forms and names. Two of the most commonly known names are molly (sold in capsule and powder) and ecstasy (sold as colored tablets).

Although molly is marketed as a purer form of MDMA, there are wide variations from batch to batch. Some products even have no MDMA. Instead they contain drugs like designer fentanyl, caffeine, cocaine, ketamine, bath salts, or other substances.

Molly can cause dependence. People who regularly and heavily use it may develop an addiction to it. Research is ongoing to learn whether molly changes brain chemistry in the long term.

Certain factors can make a person more prone to substance misuse. Genetics and social, emotional, and environmental factors can all play a role.

If you’re concerned about molly use, reach out to a trained healthcare professional for guidance and help.