No doubt about it — peer pressure can lead to some risky and negative behavior in teens. But peer pressure can also have a positive effect when youth activists counsel their counterparts on the dangers of smoking.

According to Legacy, a Washington, D.C,-based public health foundation dedicated to tobacco control, more than 5.6 million young people alive today are projected to die prematurely from the use of tobacco products.

Nearly 3,200 young people try their first cigarette every day, and one-third of youth smokers will eventually die from tobacco use.

Vincent Irving, 24, is one of four people participating in Legacy’s fellowship program this year. He has been involved in smoking prevention and cessation programs for young adults since he was in high school. For five years, he served as the coordinator for Students Against Tobacco, a tobacco prevention program for middle and high schoolers. Today, he also works for the Florida Department of Health in Leon County as a tobacco prevention specialist.

Irving told Healthline, “We know prevention is the cheaper route in the long run, and it creates a healthier lifestyle for youth as they continue to grow into adults. Some of the activities the youth come up with focus on encouraging their peers who already use tobacco to quit. They are also reaching out to their family members and other adults they connect with who use tobacco to quit, too.”

As a Legacy fellow, Irving is involved in a project, which he dubbed, tobacco#adawareness, which encourages young adults to look critically at tobacco ads in community stores. “We have a lot of youth and college students in Tallahassee, and when they go into stores they are being exposed to tobacco ads,” said Irving.

Irving said that young people know tobacco is bad for their health, but “they don’t think anything is going to happen to them any time soon. But when you push the message that the tobacco industry is specifically targeting them with flavored tobacco products, they get a little angry, and say, ‘I started using it because it was a great flavor, I really want to stop now, how do I do it?’”

When it comes to e-cigarettes, Irving said, “We educate them on what [e-cigarettes] look like and what we know is inside them, and we encourage people to definitely not use them. We tell them to use FDA-approved tools to quit.”

In addition to working with middle and high school students, Irving is working with college students at Florida State University and Florida A&M to create healthier campuses.

“We are going to work with students who will be tobacco-free college ambassadors, and they are going to recruit other students to create a healthier campus where tobacco isn’t accepted,” Irving said. “We want them to reach out to apartment complexes they live in and ask them to implement tobacco-free policies.” 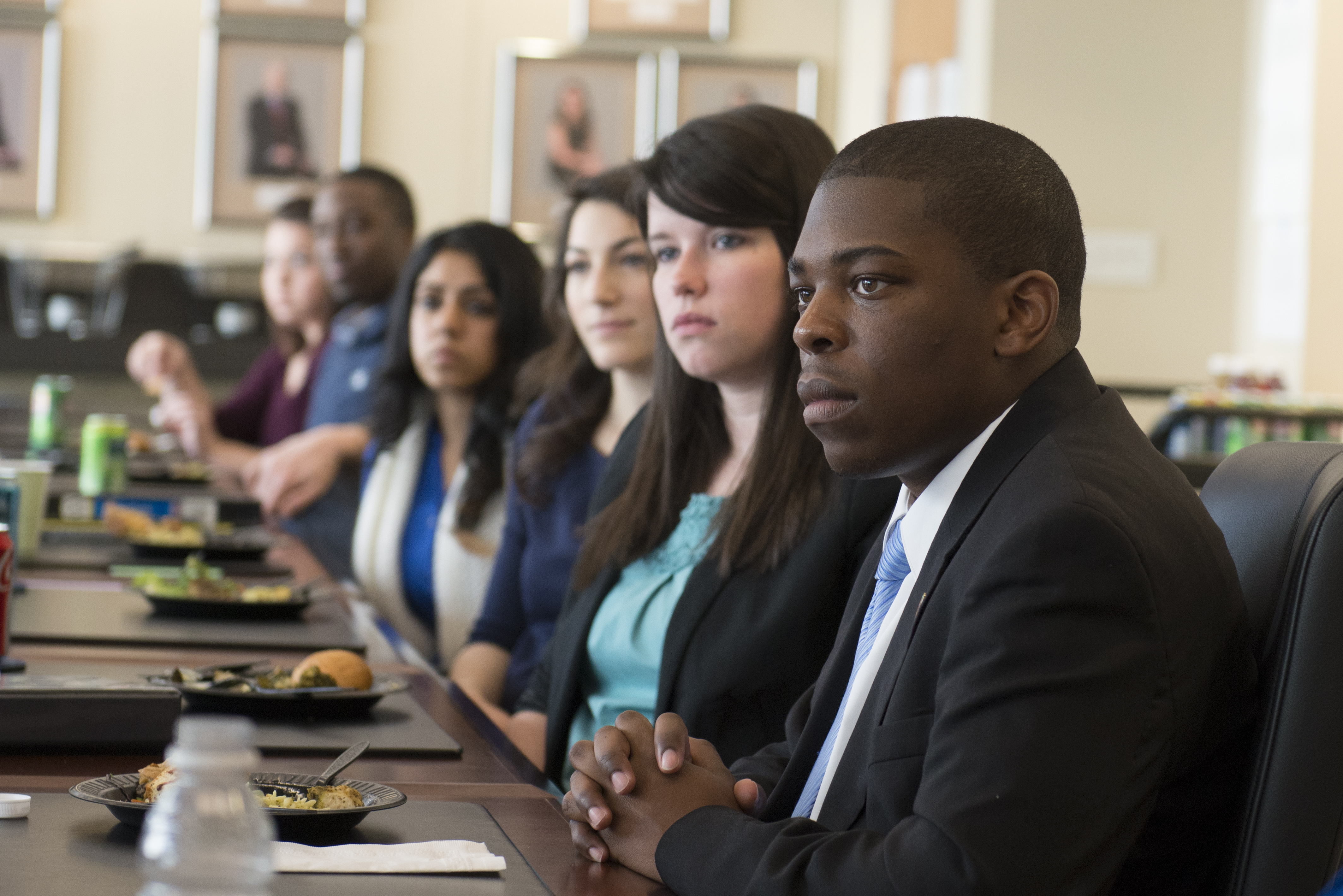 A meeting of Legacy, a tobacco control advocacy group.

Irving said that although youth activists are getting the anti-smoking message across to their peers, there is still some resistance from teens who want to quit smoking but don’t want to participate in group counseling.

“If they are trying to get counseling to help them quit, they want it to be one-on-one, depending on who their friends are. It’s a social thing that gets them to use tobacco around their friends and they don’t want people to know they are making moves to quit,” he said. “Then there are others who say, ‘I am going to quit and I want all of you to quit so we should do it together.'”

Learn More About Aids to Help You Quit Smoking »

Using Real-World Examples to Get the Word Out

Talyah Sands, another Legacy fellow, is working to promote smoke-free living and to protect people from exposure to secondhand smoke. She recently worked with Youth Taking Charge, which facilitates activities for groups of kids ages eight to 18, in four different communities.

She and the other youth leaders discussed the recent death of baseball player Tony Gwynn. He died from oral cancer as a result of tobacco use.

“We used his death as a teachable moment. We showed visuals of what smokeless tobacco looks like, and talked about how it could be harmful and lead to disease and death,” Sands told Healthline.

Kids were also educated about the high financial costs of smoking. “We had pretend money and each of the young adults was provided with a ‘paycheck’ with quite a bit of money. We talked about the costs one has to incur, such as rent, food, and clothing. lf you smoke, you are spending much more than your average regular expense,” she said.

“Putting it in perspective as to how [smoking] can affect them makes it more relevant, especially if they have asthma. If they understand secondhand smoke is a trigger for asthma, they see the connection between their health and this product.” — Talyah Sands

Sands added, “A lot of them are familiar with tobacco. Putting it in perspective as to how it can affect them makes it more relevant, especially if they have asthma. If they understand secondhand smoke is a trigger for asthma, they see the connection between their health and this product.”

Are youth activists better prepared to educate their peers than adults?

Sands said, “I see [peers] connecting more, and they’re able to explain it in a way that is interesting and that makes sense to [the young people]. I saw some of the youth from Youth Taking Charge getting creative, asking questions, and setting up trivia games to spur their excitement and make it more interesting than lecturing. I definitely think the youth peer-to-peer educational model brings more creativity and relevance to the content being shared.”

Fewer Teens Are Lighting Up

Amber Bullock, executive vice president of program development at Legacy, told Healthline that according to a study conducted in 2013, the percentage of teens who smoke has declined 9 percent nationwide.

“The majority of teens — 91 percent — don’t smoke or use tobacco products. That’s great news, but the fight isn’t over,” Bullock said. “We want to build on the momentum and rally the current generation to be the one who gets rid of it altogether. We feel that we can do it; more importantly they can do it. They have the power and passion and know how to get things done.”

In addition to the fellowship program, Legacy has a Youth Leadership Institute for high school students nationwide. The idea is to “build their leadership and advocacy skills in cessation and prevention, and teach them what can they do to be the influencers so their peers don’t pick up smoking from the beginning,” Bullock said. “Once someone has picked up tobacco use, the program deals with treatment. You have to have both.”

In a separate development, CVS Pharmacies pulled tobacco from all its store shelves on September 3, one month ahead of its previously announced target date. The company also changed its corporate name to CVS Health. In a press statement, CVS said the name change was made to reflect its broader commitment to healthcare.

CVS also launched a smoking cessation program at all of its Minute Clinic locations.

Read More: Teen E-Cigarette Use Leads to Smoking Later On »