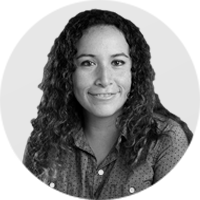 Written by Jessica Peralta on September 25, 2018

How to figure out if yogurt should be added to your diet.

If you eat a lot of sweetened yogurt in the pursuit of a healthy diet, you might want to check that label a little more carefully.

According to a study published in BMJ Open journal this month, researchers in the United Kingdom found that the average sugar content of yogurt exceeded the low-sugar threshold under European Union regulations.

About 900 yogurts were analyzed.

Notably, natural/Greek yogurts had significantly lower sugar content than yogurts in all the other categories.

Jessica Bennett, RD, clinical dietitian at Vanderbilt University Medical Center in Tennessee, said many yogurts have enough added sugar that they could be served as an after-dinner sweet.

“Many yogurts are high in sugar and sometimes disguised as a health food but equating more to a dessert, especially those with ‘added fruit’ or toppings,” said Bennett. “I like that the study looked at 900 yogurts and different varieties, plain vs. organic, etc.”

Bennet did point out that for U.S. consumers, it’s not clear how these results play out for domestic grocery stores.

“One potential issue is how this study translates to the U.S. since it was done in the U.K. and manufacturing may be different,” she said.

Bennett said the results aren’t surprising and that more sugar or salt is often added to low-fat or low-calorie products in order to improve taste.

“Most people consume fruit-flavored yogurts, which can really raise the sugar not only from the fruit, where natural sugar is located, but [also from] the added sugar to make the product taste good,” she said.

“Especially with children and the squeeze yogurts, it’s more like a beverage, and they may not get full from just one and end up eating several, or families may feel yogurt is healthier than a candy bar so it’s OK to eat more.”

Tips to avoid the sugar rush

Bennett said one way around the sugar in yogurt is to purchase plain yogurt and then add your own fruit.

“This way you get more fiber and know that real fruit is going in as well, without the sugar added in manufacturing,” she said. “If kids are picky about the texture, a blender or immersion blender works great.”

She said adding cinnamon is another alternative to bring some spice to the yogurt. Plus, Bennett said, cinnamon has been thought to help lower blood sugar as well as inflammation, though more studies are warranted.

Also, she said, most squeezable yogurts can be frozen to encourage children to eat them more slowly.

Amy Jamieson-Petonic, outpatient clinical dietitian at University Hospitals in Ohio, said she asks her clients to eat yogurt that is less than 15 grams of total carbohydrates per 8-ounce serving.

“This will allow them to enjoy a product with a little sweetness, but not too much added sugar,” Jamieson-Petonic said.

“I really like the Greek yogurt, as it tends to be higher in protein, and if you choose a lower sugar option, can really help people make better choices and increase satiety as well.”

What to look for on the nutrition label

Carol Aguirre, a registered dietitian at Nutrition Connections in Florida, said there are some added-sugar red flags to keep an eye out for when reading ingredients lists, including:

“The milk used to make yogurt contains naturally occurring sugar called lactose, which is considered a nutritious part of your daily diet when consumed in moderation,” Aguirre said.

“Because it’s a naturally occurring sugar, lactose isn’t refined or processed like added sugars are. Most yogurts, however, contain added sugar.”

Joanna Gallo Moreno, RD, certified diabetes educator at the Mary & Dick Allen Diabetes Center at Hoag in California, said, “The results from this study are a great start to bring to attention… excessive sugar intake and awareness to the fact that even organic products can have a high sugar content.”

“Avoid artificial sweeteners, food coloring, and unnecessary chemicals including aspartame, sucralose, saccharin, and some types of sugar alcohols,” Moreno said. “Often, lower calories, lower fat, or lower sugar versions contain ingredients that can have secondary health effects, and it is best to avoid them.”

Moreno advises looking for lower glycemic sweeteners such as:

Another option is to try a plain, low-sugar yogurt with a topping of nuts or seeds of choice.

“Fat content can also vary in yogurt products, and though added fat can contribute to an intake of excessive calories, added sugar is a bigger concern,” Moreno said.

“I do feel that yogurt can be part of a healthy diet for some individuals in the appropriate amounts and varieties.”

Written by Jessica Peralta on September 25, 2018