Why Skipping Is Better Exercise for You Than Running

The last time you skipped anywhere, you may have been wearing pigtails or carrying a superhero lunch box.

Indeed, skipping is often thought of as a playground activity reserved for children who still frolic around swing sets and sandboxes.

However skipping, like so many other forms of play, is often left behind with age as young adults take on more serious forms of exercise such as running.

But running may be doing a great deal of harm to the bones, joints, and bodies of people who prefer this form of exercise.

With that in mind, researchers from two universities in North Carolina suggest people who appreciate the cardio activity of running but want to avoid injuries may find skipping is a well-suited activity.

Yes, the same skipping you once enjoyed as a child.

Better for your body

To study the different impacts of skipping and running on the body, researchers at East Carolina University and Appalachian State University worked with 30 healthy adults between the ages of 18 and 30, evenly divided between men and women.

Each study participant took part in a training program that taught them how to properly skip for longer distances (up to one mile) while on a laboratory treadmill.

Once the participants were able to do this, the researchers began taking measurements of gait, force, and energy expenditure (that is, how many calories they actually burned).

The study authors found that running produces nearly two times the peak force on the patella or kneecap compared to skipping.

The average peak force on the tibiofemoral joint (the knee hinge where the femur, tibia, and patella meet) is 30 percent greater in people who run compared to people who skip.

“Certainly, running is an integral component of many athletic activities and we are not unaware of the aversion some people may have toward performing skipping as a standard component to their physical regime, but skipping has nonetheless emerged from this study as an alternative form of locomotion with untapped potential,” Jessica McDonnell, lead study author and a doctoral candidate at East Carolina University in Greenville, North Carolina, told Reuters.

Should you switch to skipping?

The number of people facing injuries as a result of running is on the rise.

As many at of runners report some form of injury in any given year.

The most common running injuries are to knees and lower extremities. That’s likely because of the force on joints and bones, as described in this study, which was published in Gait & Posture.

Runners have a cyclical gait where they are either landing with impact absorbed in one leg or launching by using the power of the other leg.

By contrast, skipping allows for a period of support in the natural gait — step and hop on one leg, step and hop on the opposite leg, and repeat. Even this small moment of support with one or both legs cuts down on the force applied when feet hit the ground.

“In people who have pre-existing knee issues, this can mean less knee pain with exercising with skipping rather than running,” Dr. Derek Ochiai, sports medicine doctor and orthopedic surgeon at Nirschl Orthopaedic Center in Virginia, told Healthline. “However, with the shorter strides, you will not travel as far skipping. Skipping burns more calories, which makes it more efficient in terms of exercise, but less efficient as a means of travel.”

“Skipping may put less impact through the knee joints, but it does put more repetitive stress on your ankles and calves,” Jey told Healthline.

For better joint health, you might consider mixing skipping in with other forms of movement.

“A combination of both [running and skipping] would be ideal for burning calories while giving your body a break,” Jey said.

“Vary the forms of cardio on different days. Each activity — skipping and running — requires slightly different engagement from the muscles involved,” Jey said. “Therefore alternating on days would be good especially if you feel sore after completion of either.”

Ochiai says you might be better suited to rekindle your passion for skipping somewhere outside, such as a track, running trail, or yard.

Unlike the participants in this study, skipping on a treadmill might prove problematic, if not harmful.

“I would not recommend skipping on a treadmill, since the skipping gait is syncopated, and the treadmill is going at a constant rate, increasing the chance of injury,” Ochiai says.

And don’t worry if you think you’ll get stares from fellow exercisers while you skip and hop your way through a cardio routine.

“Anything that makes exercise more enjoyable is beneficial in and of itself,” Ochiai said. “If you find skipping fun and enjoyable, then there are some medical reasons that it is good for you. Skip away.” 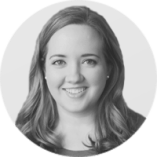