Why Is the Cost of Insulin Rising and What Can People Do About It?

Many medications have drastically increased in price in recent years.

Insulin in the United States isn’t free — in fact, it’s remarkably expensive, with some of today’s newest varieties costing over $500 for a box of five pens, according to GoodRx.

And its cost is still rising.

List prices of insulin have nearly tripled from 2002 to 2013, according to a report from a working group at the American Diabetes Association.

Some patients are also reportedly rationing their insulin because taking too little is better than having none to take at all. The result is people with diabetes living with dangerously high blood glucose levels, putting their health and even their lives in danger.

But the questions of who is to blame for skyrocketing prices and what can be done about it don’t have simple answers.

The reality is that people with diabetes are part of a very large, complicated system, often caught between insurance companies, pharmaceutical companies, and medical providers. While there may be some lifelines for those looking for affordable insulin, the core of the problem may be difficult to change.

As the price of insulin has nearly tripled over the last decade, people who take it want to know why.

David Kliff, of Diabetic Investor, told Healthline it isn’t fair or accurate to say that Big Pharma has raised the price of insulin out of greed, but instead to compensate for the amount that’s taken by the negotiators in the middle: the payers.

“They keep raising prices to keep the net effective price in an acceptable range,” explains Kliff.

Kliff has lived with type 1 diabetes for over 20 years. A former money management and investment advisor, today Kliff is well- the diabetes industry as one of the leading experts in all things regarding diabetes business and finance.

Kliff says he finds it hypocritical to “complain about ‘BigPharma’ making billions of dollars from drugs like insulin.”

“That’s their job, by the way,” added Kliff, “to make billions. That’s how it works in America.

In order to develop those newer, better drugs, the pharmaceutical company has to spend money on research and development.

Insulin, emphasizes Kliff, is a commodity, like coffee or a pair of sneakers, and commodities cost money. Innovation, even in the world of helping people live longer, better lives with a chronic illness, is expensive.

While Dave Ricks, the CEO of Eli Lilly, says their net pricing has been flat since 2009, patient advocacy groups say prices are still being raised on patients.

Christel Aprigliano, CEO of the Diabetes Patient Advocacy Coalition (DPAC), argues that the list prices are being raised in part due to middlemen.

Pharmacy benefit managers act as middlemen between the pharmaceutical companies and pharmacies.

“If the list price isn’t raised to meet the PBM’s demands, the PBM won’t include the drug on its formulary, or its list of drugs covered by the insurance plan,” Aprigliano explains. “So, PBMs get all this rebate money, and there’s no telling how they use it.”

The ADA working group report on insulin pricing concluded there were a variety of reasons the medication prices have increased. They also reported the rising costs were the result of “multiple opaque” transactions among wholesalers, pharmacies, manufacturers.

Aprigliano added that PBMs claim that dollars earned in rebates are passed on to employers in order to help them lower their premiums.

But patients are still seeing sharp increases in high-deductible health plans (HDHP), and are then forced to pay the extremely high list prices before their insurance coverage kicks in through copays or coinsurance.

“Moreover,” said Aprigliano, “uninsured patients who need insulin are penalized; they are forced to pay the list price that was created for a system of rebates in which no one should ever be paying the list price.”

The current system is broken, said Aprigliano. The question still remains: How can it be fixed?

“It’s time for a change in the system,” said Eli Lilly CEO Dave Ricks in a June 2018 interview on CNBC. “They’ve put together many proposals, but clearly [the Trump administration] is moving the market in that direction.”

Ricks added that they’ve developed programs with companies like BlinkHealth and to offer “any American a 40 percent discount on insulin at the point of sale.” Research conducted at the time of publication on both of these sites found that insulin discount programs were either still in development and not yet available, or prices were still listed as costing hundreds of dollars for a box of five insulin pens.

Additionally, people with healthcare from government-funded programs won’t be eligible for these discounts.

Other experts within the industry are weighing in on pricing claims.

“Net pricing is really hard to define and should not be equated to net profit,” argued Vermont-based pharmacist, Christopher Sexton. “Pharma lobbying is one of the most powerful in this country by far. Ricks does play the ‘middlemen are part of this equation’ card, but does anybody seriously think PBMs (pharmacy benefit managers) or drug wholesalers or insurance companies are getting huge windfall profits when the price of an insulin quadruples in a couple of years?”

Sexton believes the world’s three largest pharmaceutical companies — Eli Lilly, Sanofi, and Novo Nordisk — could easily cut these middle negotiators out of the equation if they wanted to, and sell drugs like insulin at a much cheaper price directly to insurance companies.

“Interviews like [the 2018 CNBC interview with Ricks] are usually set up to be friendly, with no surprises, no follow-up questions or any pushback from ,” ed Sexton.

Additionally, people with healthcare from government-funded programs won’t be eligible for these discounts.

Other experts within the industry are weighing in on pricing claims.

“Net pricing is really hard to define and should not be equated to net profit,” argued Vermont-based pharmacist, Christopher Sexton. “Pharma lobbying is one of the most powerful in this country by far. Ricks does play the ‘middlemen are part of this equation’ card, but does anybody seriously think PBMs (pharmacy benefit managers) or drug wholesalers or insurance companies are getting huge windfall profits when the price of an insulin quadruples in a couple of years?”

Sexton believes the world’s three largest pharmaceutical companies — Eli Lilly, Sanofi, and Novo Nordisk — could easily cut these middle negotiators out of the equation if they wanted to, and sell drugs like insulin at a much cheaper price directly to insurance companies.

“Interviews like [the 2018 CNBC interview with Ricks] are usually set up to be friendly, with no surprises, no follow-up questions or any pushback from ,” added Sexton.

Those with full-time jobs and adequate health insurance coverage may still be forced to fork over hundreds of dollars during a visit to the pharmacy for their next supply of life-saving insulin if they haven’t met their deductible.

And that doesn’t include the other hundreds of dollars they may pay for monthly test strips, continuous glucose monitor sensors, and insulin pump supplies.

“There’s a large majority of patients who have these high-deductible plans because that saves you money on your monthly health insurance premium,” explained Kliff. “But when they get their insulin at the pharmacy, they have to pay hundreds until they meet their $5,000 deductible. It’s not cheap.”

For someone with type 1 diabetes who chooses to manage their blood glucose levels without more expensive technology like insulin pumps, the cost of syringes may be significantly less expensive than pump infusion sets, but they will need to purchase two types of insulin to stay alive: a long-acting and a short-acting insulin.

Picking up one box of long-acting insulin like Tresiba and one box of short-acting insulin like Novolog will sustain a patient for varying lengths of time depending on their age, gender, size, activity levels, body weight, nutritional needs — not to mention many other uncontrollable factors that affect insulin doses like inflammation, polycystic ovary syndrome, or medically necessary steroids.

And that quick visit to the pharmacy for those two boxes of insulin pens could easily up add to $1,400 prior to the patient meeting their insurance deductible.

The ADA also found that physicians in general have been prescribing newer, more expensive insulin. Additionally, potential generic versions of insulin called biosimilars that could help lower prices have been stymied by the regulatory framework, and so there aren’t many available.

While the majority of these programs or discounts are designed for those without insurance or those living below the poverty level, there are a few options that could help anyone in smaller ways.

Basaglar (a generic insulin glargine, like Lantus): At $316.85 for five insulin pens, this generic insulin doesn’t come with the price tag you would hope for a generic drug. It commands a heftier sum, explained diabetes foundation because it’s a “biosimilar” insulin, which means it’s much more expensive to manufacture. While it’s not perfect, it does bring the price down by 15 to 20 percent compared to Sanofi’s Lantus insulin.
Walmart’s generic “” insulins: Walmart offers a generic insulin, Humulin N (also known as NPH, from Novo Nordisk) for as little as $25 per vial for people who have no health insurance.
But this insulin is incredibly outdated and limiting for the patient. NPH is often considered a “dinosaur” in diabetes care today compared to newer insulins that provide patients with better blood sugars, more flexibility precision when it comes to nutrition and exercise, and overall safer diabetes management.

Simply said: This one-and-only generic insulin available on the market today is unusable for most. Using it is like treating someone who has a torn ACL in their knee with some Tylenol and a lifetime on crutches instead of surgically reattaching the ligament. Sure, they may never play football again, but the surgery should allow them to eventually walk and run. Read more on Healthline about these outdated insulins.

Rebates and coupons: The eligibility requirements for the coupons and rebate advertisements you see are often too good to be true because they only serve a small population of those without insurance. There are other coupons for patients who are using insulin for the very first time. None of these rebates or coupons can be used by those with federally funded insurance like Medicare or Part D.

For the majority of people living with diabetes, they aren’t helpful — and the ones that are more widely available to the greater population may provide a slight reduction in the price of insulin, but it’s still going to cost hundreds.

Patient programs: Eli Lilly, Sanofi, and Novo Nordisk all offer patient assistance programs, but they are largely designed to serve those with an annual income below $36,000 per year and without health insurance.

You can determine if your annual household income qualifies you for some of these programs using this calculator from NeedyMeds. You can also research other assistance programs at Partnership for Prescription Assistance.

In the end, while patients bear the responsibility to pursue these programs, Kliff believes BigPharma needs to improve how they promote and educate patients about these potentially cost-saving programs.

“I’ve talked to the people at Lilly and Novo about this, and they know they’ve done a very poor job at helping people understand how their programs work. But the patient does bear some responsibility. If you’re struggling financially, you’ve got to be willing to fill out the paperwork to benefit from these programs.”

“What’s isn’t widely known [are] the newer programs that can help our community access affordable insulin immediately, specifically designed for those who are uninsured or underinsured,” explains Aprigliano.

Ordering online from other countries: Some patients have even turned to their insulin online from countries like Canada — or actually driving there — where a box of insulin pens can cost nearly half the price of what you’d pay in the United States. However, those sources should be verified first using websites like to avoid dangerous scams. 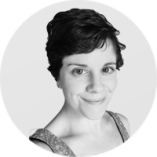