A focus on the cancer risks of smoking has left non-smoking lung cancer patients looking for answers. Researchers are finally on the case.

For Molly Golbon, 40, it was a cough that wouldn’t go away. For Jenny Padilla, 34, it was swelling in her throat. Both women were eventually diagnosed with stage 4 lung cancer. Neither had any family history of cancer, and neither had ever smoked.

“I feel like I always have to qualify and say it’s a non-smokers lung cancer, then people don’t say, ‘Oh, you smoked. You did this to yourself, you deserve it,’” said Golbon.

There’s no recognized risk factor for the kind of cancer that Golbon and Padilla have: adenocarcinoma. All doctors know is that it’s slightly more common in women than other types of lung cancer.

“There’s been a lot of new research done on lung cancer in general, and specifically molecular aspects, but also more publications and research into how it affects young people,” said Dr. Christopher VandenBussche, a pathologist at the Johns Hopkins University medical school who recently published a study on lung cancer gene mutations in patients under 50. “As far as the tougher question — what’s actually causing it — we’re probably farther away from answering that question.”

Non-smokers are less likely to have their cancer caught early because no one is looking for it. 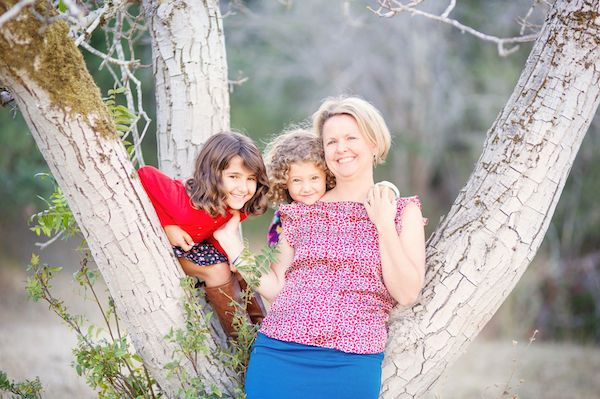 Golbon and Padilla’s physician, Dr. Heather Wakelee, a thoracic oncologist at the Stanford Cancer Center in Palo Alto, California, described lung cancer as a “very silent disease.” She means that it presents few symptoms until it’s in the late stages. But lung cancer also gets much less awareness and research attention than other cancers because of the stigma attached to smoking.

Public health campaigns targeting smoking have saved millions of lives, but have left non-smoking cancer patients in the lurch.

Within the overall population of lung cancer patients, women like Golbon and Padilla make up only a tiny fraction. But looked at another way, among women who get lung cancer, as many as 20 percent have never smoked, according to Wakelee.

“It’s one of the sad things about the disease,” Wakelee said. “They’re always going to get asked the question, ‘Did you smoke?’ when somebody who has colon cancer doesn’t get asked, ‘Did you eat a high-fat diet?’”

In recent years, however, cancer researchers have devoted more attention to non-smoking patients, in part because they saw that about one-third of them have tumors that respond to targeted therapies first developed to treat other cancers.

The molecular markers EGFR, or epidermal growth factor receptor, and ALK, or anaplastic lymphoma kinase, are the most common among non-smokers, who also generally develop the adenocarcinoma type of non-small cell lung cancer.

These two mutations are involved in sending the messages that tell cells when to grow. Mutations along their genetic pathways can cause cells to send too many messages, which causes them to divide and multiply too quickly.

These irregularities are good news because they differentiate tumors from healthy cells, giving drugs and immunotherapies a specific target to attack.

Diagnosed in November 2013, Golbon had the EGFR mutation. Wakelee immediately prescribed erlotinib (Tarceva), a medication that targets that mutation. The drug had been approved by the Food and Drug Administration for use in lung cancer patients just a few months before.

The drug isn’t a cure, but it gives patients more time. They generally get what doctors call “quality time,” meaning that they’re not as mercilessly sick as chemotherapy patients can be.

The targeted drugs can work astoundingly well, until the cancer becomes resistant.

Golbon had gotten sicker as she moved through the steps of diagnosis and staging. Her hip had begun to hurt from a tumor that was forming there.

Molly Golbon and her daughters.

Her tumor shrank dramatically, and it only recently began progressing “a tiny bit,” she said. Doctors are radiating the part that’s now growing.

At a less cutting-edge cancer center, Golbon may not have been screened for the EGFR mutation quickly, or at all. Molecular approaches to treating cancer are still quite new. However, they’re increasingly recognized as a major breakthrough for young, non-smoking lung cancer patients. Just last month, the American Society of Clinical Oncology recommended that doctors screen all adenocarcinoma patients for EGFR and ALK.

For Golbon, who lives in Menlo Park, California, targeted therapy has meant that she can continue her job as a software engineering manager for Apple. As a side effect of the drugs, she has a rash on her face, chest, and back that one of her young daughters calls “Mommy’s polka dots,” but she’s well enough to do regular exercise and yoga.

“It’s allowed me to operate at a high level and continue my life. I’d struggle more if I had time to dwell,” Golbon said.

What About Patients Without Gene Mutations?

But only about half of all young, non-smoking lung cancer patients have gene mutations that line up with existing medications.

Jenny Padilla’s diagnosis took her completely by surprise. “I’ve pretty much never been sick or felt sick,” she said.

Even though her neck was swollen, she only felt a little run down when she first went to the doctor.

When doctors suggested a biopsy to rule out cancer, she didn’t think much of it. Even when they told her in September 2013 that she had late-stage cancer, she just wanted them to tell her what to do about it.

“I was in denial — it was hard for me to connect with it emotionally,” she said.

Unfortunately, Padilla’s cancer doesn’t have any of the more common genetic markers new treatments target. She’s been getting chemotherapy with pemetrexed (Alimta) every third Thursday for a little more than a year. The medication — first approved in 2004 to treat mesothelioma along with another chemotherapy drug, cisplatin, and later approved as a stand-alone treatment for advanced non-small cell lung cancer — slows the spread of the disease.

Padilla has felt fine, even during chemotherapy. She moved to Portland, Oregon, shortly after starting treatment, but she flies back for her appointments with Wakelee. While she’s in the area, she visits her boyfriend, who remained in San Jose, California, after she moved.

By Monday, she’s back in Portland at work as a visual merchandiser at Hanna Andersson clothing. Pemetrexed doesn’t cause hair loss, so many acquaintances don’t even know she’s sick.

Padilla’s cancer has not grown or spread.

“We take it as it is now,” Padilla said. “Dr. Wakelee gives me a lot of hope. She told me at my last appointment, ‘You can think in terms of years, but I can’t tell you how many that is.’ Everyone’s situation is so different, so I just try not to read about other people’s stories.”

Golbon also found comfort in Wakelee’s disregard for the statistics on how long stage 4 patients survive. “Dr. Wakelee always says, ‘Why does it matter? Let’s get you onto treatment, and let’s see how it goes,’” Golbon said.

Statistics are less relevant when medicine is changing — and Padilla, who’s otherwise in excellent health — could well outlive even the most up-to-date life expectancy stats.

This is life at the cutting-edge of medicine: Better than with the standard treatments, but by no means easy.

“I finally accepted that I have cancer and it’s not going away. I was just emotional,” Padilla said. “I sought out a support group, and it’s helped me direct my feelings and thoughts. I’ve learned that it’s normal to be in survival mode and then later start feeling.”