Failing to prepare for daylight saving time (DST) can have consequences.

Increased risk of traffic accidents, heart attacks, and even strokes the Monday after the “spring forward” in March are associated with losing the seasonal hour of sleep, say experts.

It’s known as the “DST effect.”

Planning ahead and making small adjustments before the time change reduces risk and minimizes the effects of daylight saving time.

Here’s some things you can do this coming week to help ease the transition.

Keeping good sleep hygiene is important year-round, but it becomes crucial during a time change.

“The cells in the heart, the liver, the lungs, the gut, and the brain are all in part regulated by internal clocks or genes, and those cells are also signaling each other,” says Daniel S. Lewin, PhD, DABSM, a pediatric psychologist, sleep specialist, and licensed clinical psychologist at Children’s National Hospital in Washington, D.C.

“If they are signaling each other at the wrong times or if hormones are released at the wrong times, the evidence that there are long-term negative effects on a whole host of different health behaviors is important to consider,” Lewin told Healthline.

Unless we prepare our bodies for the change, daylight saving time will misalign our circadian rhythm.

Dr. Shalini Paruthi, the co-director of the Sleep Medicine and Research Center at St. Luke’s Hospital in St. Louis and a member of the American Academy of Sleep, suggests the following.

Working to reset your internal clocks over a few days rather than a single night prevents an unnecessary shock to your system.

“Help yourself slowly adjust that clock so when we do move our clock forward, we’re kind of resetting things and we don’t feel quite as sleepy the next day or two days later,” he told Healthline.

And, if you’re struggling to reset your internal clocks, Ransone advises starting your day with exposure to natural bright light.

“We generally recommend that people, when they awaken, be exposed to bright light, and it’s that bright light that helps set your clock so your circadian rhythms will get in line,” he said.

Try awakening a little earlier the week before the “spring ahead” time change and going for walks or eating breakfast on the balcony or patio to increase your light exposure and regulate your circadian rhythm.

If you regularly consume caffeine, putting parameters around your intake during the week before a time change can help you achieve the goal of resetting your internal clocks.

Experts recommend limiting your afternoon intake and slowly reducing the total amount of caffeine you consume in the days leading to daylight saving time.

“We like people, if they are going to partake in caffeine, to use it in the morning,” says Ransone. “By lunch or midafternoon, we don’t like to have a lot of caffeine because that can upset the time when you’re ready to go to sleep.”

For people trying to go to bed earlier each night, caffeine can impede their progress.

“I have my afternoon and evening coffee drinkers slowly decrease their evening caffeine intake over a few days,” Ransone said .

Ransone also recommends reducing your overall caffeine intake prior to the time change by choosing half-caffeinated coffees or, if home brewing, blending a mix of regular and decaf coffee.

“Going ‘cold turkey’ can sometimes lead to headaches,” he said.

However, he notes, “The eventual goal is no caffeine after midafternoon to promote healthier sleeping at night.”

So, you shouldn’t start drinking afternoon coffees the Monday after daylight saving time either.

Parents should also consider the sources of hidden caffeine, such as iced tea and orange sodas, that can cause sleep problems for their children and teens.

You want to limit your children’s exposure to these sources of sleep-disrupting food and beverage products because helping prevent sleep loss saves the entire family from struggling with post-time change tantrums.

“For adults it’s important, but for kids, even if they can’t tell time, they’re going by their circadian rhythm and their own internal clock, and if you can slowly adjust, then usually that Monday will be a lot more pleasant with your toddler than it would have been otherwise if you don’t gradually try to change your clock,” said Ransone.

Without help adjusting, he says children on the Monday and Tuesday after daylight saving time can be “grumpy, combative, they’re whiny, and it has to do with the time change.”

Be stricter about screens

Experts say in the days leading up to daylight saving time, we need to commit to putting our electronics away at least 1 hour before bedtime.

“The hour or so before you go to sleep is probably one of the most important times,” says Ransone.

Blue light from screens can suppress our melatonin production, the substance our pineal gland makes that tells us it’s time to go to bed.

“A lot of people do things that stimulate their brain [in this hour before bed] and when you stimulate your brain, you can’t get to sleep quite as well,” he said.

In doing that, says Ransone, we can’t set our clock.

“It kind of screws up your schedule,” he said.

So, as you adjust your bedtime in advance, you need to consider how this impacts your access to evening screen time during that week.

Try swapping your nighttime screen time for other activities such as crossword puzzles, paperback reading, and spending time with pets.

If necessary, help yourself adjust in stages and cut out 10 to 20 minutes of screen time each night until you reach a full hour of screen-free time before the daylight saving change.

If you require a set amount of screen time for work, reduce your evening routine by 10 to 20 minutes each day and add them to the morning hours, if possible.

For teens who will be driving in the mornings following daylight saving time, this lesser exposure to blue light in the evenings leading to the time change is an important step in reducing the aforementioned “DST effect.”

“Research shows that high school students lose sleep on school nights following ‘spring forward,’” Paruthi told Healthline. “The loss of sleep during the school week was associated with a decline in vigilance and cognitive function, which raises safety concerns for teen drivers.”

One report found a 6 percent increase in fatal traffic accident risk associated with the spring ahead transition.

Keeping our families healthy and safe means doing due diligence to help them adjust to the upcoming change.

How parents can motivate teens

Getting your teens to care about circadian rhythms can be a challenge.

Experts say parents should begin with explaining the benefits, but keep it short.

“Work less toward telling them what to do, particularly in the long term,” says Lewin.

Instead, encourage them to try just one of the previously suggested ideas.

“If you can get a teen to try one of these modifications for 7 to 10 days, usually two weekends and one week in between, it is sufficient time for a teen to feel they have their sleep behaviors under control,” Lewin said.

“Once they feel that control, they feel better, they feel the benefits,” he added. “And at least at that point, with an attempt, they have internalized some of the skills they need to unravel.”

“Also, if you can talk a teen into engaging their social network, so if they can get their three best friends to shift their schedule with them, this way if they all commit, none are missing out on some of the social media chatter,” Lewin noted. “Then they can share their experience and that can reinforce for all of them some positive behavior in the close proximity of their social network,” he said.

“It also helps if the whole family commits to doing the same thing together,” Lewin added. “Parents setting an example, [such as] putting away electronics after 9 p.m., can be very positive and powerful.” 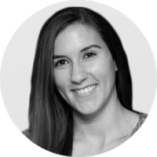