Two studies in California find that COVID-19 may be much more widespread than previously thought.

However, other experts are concerned about the overall size of the studies, and in at least one case, the potential for false positives to skew results.

One study by Stanford researchers concluded that there may have been 50–85 times more people with COVID-19 in one northern California county than the official confirmed cases reported.

But experts are split on whether the study is valid and had a big enough sample size.

“The most important implication is that the number of infections is much greater than the reported number of cases,” concluded the study authors.

Stanford researchers sampled over 3,300 residents of Santa Clara County, including people representing every demographic category, to discover how many had antibodies to SARS-CoV-2 present in their blood, also known as .

“Serological testing gives us a more comprehensive view of what’s happening in an individual who is infected, or has been infected, with the virus,” said Dr. Thomas Montine, professor and chair of pathology at the Stanford University School of Medicine in a statement.

This study sought to demonstrate how many people had already been exposed to the virus that causes COVID-19 — and became immune to it.

The surprising conclusion from researchers is that between 2.49 and 4.16 percent of Santa Clara County’s nearly 2 million residents had developed antibodies, indicating they were exposed to the virus.

“Antibody tests can capture more cases of prior or active infections because antibodies last for years; they take 2 to 6 weeks to rise after infection starts,” Dr. Carl J. Fichtenbaum, professor of clinical medicine at the University of Cincinnati College of Medicine, told Healthline.

“Because testing for the virus is not widely available due to lack of supplies, reagents, and machines, it’s not surprising that a sero-epidemiologic survey would find more individuals with infection,” Fichtenbaum said.

Study findings and concerns from statisticians

According to Santa Clara County Public Health, almost 2,000 people are confirmed to have the disease, based on testing. However, the Stanford findings indicate that the virus has actually occurred in 50 to 85 times more people.

Crucially, these figures may mean that the COVID-19 fatality rate is also 50 to 85 times lower than current data suggests.

But these findings are being questioned by other statisticians.

Santa Clara County Public Health reports that more than 90 of their confirmed cases resulted in death, suggesting a high mortality rate. But based on the Stanford discoveries, that rate plummets.

But why are the Stanford figures so significant — and are they accurate?

The Stanford findings haven’t yet been peer reviewed, and questions have been raised about the sample size being too small, which Fichtenbaum disagreed with–while still critical about other aspects of the research.

“In Santa Clara, they’ve probably not been able to do that many tests, like many other places; 3,300 individuals is a decent sized survey,” Fichtenbaum said.

“The only criticism is how they got their sample,” he said. “They reached out on social media and through ads to have people come in voluntarily, so that sample may be enriched by people that ‘thought they had COVID-19’ but weren’t tested.”

Additionally, the antibody tests are new, and some experts are concerned there could be enough false positives that it could skew the results.

According to an article in , the manufacturer of the test reported a false positive rate of 2 for every 371 tests. This could mean a significant number of the 50 positives detected in this study were false positives.

Fichtenbaum thinks “these numbers could be right and that just tells us the importance of being able to test more people so that we can truly understand how many people get sick, how many have no symptoms, and what percentage of the population has been infected.”

He emphasized that a 2 percent positive rate of COVID-19 in a community seems consistent with early studies in different areas, since physical distancing has stopped the spread of the virus.

The strongest criticism comes from Andrew Gelman, professor of statistics and political science, and director of the Applied Statistics Center at Columbia University.

“The problem with the paper is that (a) it doesn’t make this reasoning clear, and (b) their uncertainty statements are not consistent with the information they themselves present,” he wrote in his blog.

“The fact that the authors keep saying that ‘50-85-fold’ thing suggest to me that they sincerely believe that the specificity of their test is between 99.5 percent and 100 percent. They’re clinicians and medical testing experts; I’m not. Fine. But then they should make that assumption crystal clear. In the abstract of their paper,” he wrote.

However, he also clarified that the findings aren’t implausible.

“If they said 30 percent, I’d be skeptical, given how everyone’s been hiding out for a while, but 3 percent, sure, maybe so,” Gelman wrote.

He pointed out that when the Stanford infection figures are averaged out to 3 percent, it means an estimated 500,000 deaths if 300 million contract the virus.

Gelman continued, “we’d still like to avoid 300 million Americans getting the virus and 500,000 dying, but that’s still better than the doomsday scenario.”

LA County outbreak may be 55 times higher than reported cases

In addition to the Stanford University Study, researchers from the University of Southern California (USC) have developed their own coronavirus antibody test, to determine if someone has COVID-19.

They teamed up with Los Angeles County Department of Public Health officials to test county residents 18 years and older. The first round of testing revealed that on average, over 4 percent of those tested have antibodies against the virus.

“We haven’t known the true extent of COVID-19 in our community because we have only tested people with symptoms, and the availability of tests has been limited,” lead investigator Neeraj Sood, PhD, said in a statement. “The estimates also suggest that we might have to recalibrate disease prediction models and rethink public health strategies.”

Again this study has also not yet been peer reviewed.

Infections may have started earlier than previously thought

These studies were published the same week the County of Santa Clara Medical Examiner-Coroner identified 3 people who died with COVID-19 in Santa Clara before the first reported infection-related death in the county on March 9.

Two individuals who died in the county during early and mid-February were autopsied, and confirmation that tissue samples from both cases are positive for SARS-CoV-2 was received by the Medical Examiner-Coroner April 21.

Santa Clara health officials also confirmed that another individual, who died in the county on March 6, also died of COVID-19.

“As the Medical Examiner-Coroner continues to carefully investigate deaths throughout the county, we anticipate additional deaths from COVID-19 will be identified,” health officials said in a statement.

There are disagreements about one study’s validity, and experts point out the statistical models and manner that participants were chosen might have biased the results. Although there’s agreement that the findings are plausible.

However, it is clear that widespread, accurate testing is vital in all affected countries to establish the scope of the pandemic and inform government lockdown measures. 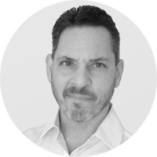