Deadly Adenovirus Explained: Why the Common Cold Can Be Deadly

Why the common cold became deadly in a New Jersey facility for children.

At one point in time, most people have experienced the common cold and passed on its array of symptoms to others. However, a New Jersey healthcare facility is seeing deadly effects of this virus.

The adenovirus is usually responsible for the common cold, sore throat, bronchitis, diarrhea, pneumonia, and pinkeye.

With a healthy immune system, these symptoms are usually mild and pass quickly.

Although serious illness is less common, people who have a weakened immune system or existing respiratory or cardiac disease are at a high risk of developing severe infections.

How the disease became deadly

At the Wanaque Center for Nursing and Rehabilitation in Haskell, New Jersey, 30 people have become sick, resulting in 10 deaths. All but one case involved children.

The children involved in these cases all had severely compromised immune systems, including multiple respiratory conditions, according to a statement released by the New Jersey Health Department.

In another report, there have been five additional cases of adenovirus confirmed at the Vorhees Pediatric Facility in New Jersey. However, testing from the Centers for Disease Control and Prevention (CDC) has identified the strain affecting Vorhees is different and milder than the one affecting the Wanaque medical facility.

The Health Department has sent officials to both facilities to investigate potential causes of the outbreaks.

Adenoviruses are common viruses that anyone can acquire and have many nonspecific symptoms. However, those with a weakened immune system are particularly prone to acquiring the illness and experiencing the worst symptoms.

Adenovirus symptoms typically appear between 2 and 14 days after the initial exposure.

Dr. William Schaffner, an infectious disease expert at Vanderbilt University Medical Center, agrees that adenovirus is quite common and is mostly responsible for outbreaks of pinkeye.

“However, there are also a number of papers that show adenovirus, once it gets into a unit that takes care of immunocompromised patients, can cause more serious outbreaks,” Schaffner said. “They frequently result in pneumonia, and in this case, a number of deaths.”

How the virus spreads

The adenovirus is spread by close personal contact with others, like shaking hands or touching. Coughing, sneezing, or touching an object or surface that has the virus then touching your mouth, nose, or eyes can also transmit the virus.

Some cases have even been found to have spread from touching another person’s stool, such as during diaper changing.

When the symptoms of the adenovirus are mild, many cases don’t require diagnostic testing from urine, blood, or swabs.

Strict hygienic practices may have been able to prevent this outbreak in New Jersey.

Schaffner says that hand hygiene, appropriate recognition and diagnosis, isolation of patients, and refraining healthcare personnel who are ill with respiratory illnesses from working could have reduced the impact of this virus.

Despite hand-washing, the adenovirus can sometimes still be resistant to many disinfectants and can remain infectious for long periods of time.

How you can protect yourself

According to the , there’s currently no vaccine available to the general public for the adenovirus.

There’s an oral vaccine against two strains of the adenovirus, but it’s reserved for U.S. military personnel between the ages of 17 and 50 who may be at high risk of infection.

Adenovirus type 7, one of the strains in the oral vaccine, was responsible for the illnesses at Wanaque Center.

There’s no specific treatment for the adenovirus infection. Like with many viruses, symptomatic treatment is the main course of action. Most cases of adenovirus are mild and don’t require any medical care. However, worsening or severe symptoms require prompt medical treatment.

Despite this outbreak in New Jersey, Schaffner doesn’t believe the general public (or those with a healthy immune system) should be overly concerned. Many cases are mild.

Health experts still advise people to wash hands with antimicrobial soap and water. Frequent hand-washing is advised, especially for those working in child or healthcare settings.

Experts also recommend to stay home when you’re sick. Avoid sharing cups and eating utensils as well as kissing or close contact with others until your symptoms pass.

Adenoviruses are common viruses that anyone can acquire. They have many nonspecific symptoms. However, those with a weakened immune system are particularly prone to acquiring the illness and experiencing the worst symptoms.

For people with healthy immune systems, the best way to protect yourself is via frequent hand-washing and separating yourself from others if you start to experience symptoms.

Dr. Rajiv Bahl is an emergency medicine physician and freelance health writer. You can find him at RajivBahlMD.com. 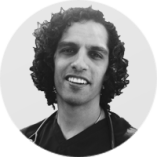