Upbeat Music Can Make Tough Exercises Easier to Do 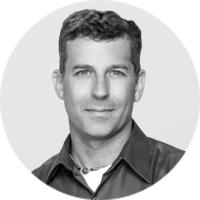 High-intensity interval training (HIIT) — characterized by brief, repeated sessions of intense exercise separated by periods of rest — can be challenging for anyone.

It’s especially difficult to start a HIIT workout if you’ve been relatively inactive.

“While HIIT is time-efficient and can elicit meaningful health benefits among adults who are insufficiently active, one major drawback is that people may find it to be unpleasant,” says Matthew Stork, a postdoctoral fellow in the School of Health and Exercise Sciences at Canada’s University of British Columbia, Okanagan. “As a result, this has the potential to discourage continued participation.”

The answer may be music.

Research led by Stork and published in the journal Psychology of Sport and Exercise shows that upbeat music can make HIIT workouts seem less difficult.

It may even motivate people who aren’t active to start exercising.

Stork worked with Brunel University London researcher Costas Karageorghis, an expert on music and exercise, to assemble a panel of experts to assess 16 high-tempo songs and select three that they considered the most motivating.

The songs chosen were “Let’s Go” by Calvin Harris (featuring Ne-Yo), “Bleed It Out” by Linkin Park, and “Can’t Hold Us” by Macklemore and Ryan Lewis.

All had higher-than-average tempos in excess of 135 beats per minute (bpm).

Researchers then put a group of 24 participants through a brief HIIT workout — three 20-second all-out sprints separated by short rest periods for a total of 10 minutes (including warmup and cooldown periods).

Workout performance was assessed with the motivational music as well as with a non-musical podcast playing and sessions with no audio.

Participants self-reported greater enjoyment of HIIT when the music was playing. Their heart rate and peak performance during the workout also were elevated along with the beat.

“We believed that motivational music would help people enjoy the exercise more, but we were surprised about the elevated heart rate,” Stork told Healthline.

He noted that the findings reflect a known phenomenon called “entrainment,” which is the tendency of humans to alter their biological rhythms to the beat of music.

In addition to the tempo and beat of the three chosen songs, researchers believe the motivational nature of the lyrics also may play a role in improving and sustaining workouts. “Let’s Go,” for example, encourages listeners to “make no excuses now,” while “Get Up” urges, “Looking for a better way to get up out of bed, Instead of getting on the internet and checking out who hit me, get up.”

“Lyrics are absolutely important in terms of their motivational potential,” Joe Bennett, PhD, a musicologist at the Berklee College of Music in Boston, told Healthline.

Bennett also noted that the songs used in the study shared other characteristics such as a strong “four on the floor” beat and dynamic drops that build to a frenzy — both common in high-energy dance music.

Research on lower-intensity exercise such as jogging has found that music has a dissociative effect — it distracts you from any pain or discomfort experienced during the workout.

“It feels like you’re not exercising as much,” Stork said.

“Music increases your effort, encourages you to push past limits, and dictates maintenance of speed and/or increases in speed. The body has an easier and more natural time following this than the quiet thoughts of the mind or the sounds of one’s own breath,” Sara Davis, an instructor at CycleBar in Atlanta, Georgia, told Healthline.

With HIIT, however, “it seems that music is most effective when it has a fast tempo and is highly motivational,” said Stork.

“I have consistently witnessed how music can push people to do more than they would do without music, especially when the music is synced to the workout moves,” agreed Arien Reeberg, a Zumba instructor and fitness coach.

Find your own beat

Runners also may use a musical beat to synchronize their pace.

Legendary Ethiopian runner Haile Gebrselassie, for example, credited the 135-bpm song “Scatman (Ski-Ba-Bop-Ba-Dop-Bop)” for his world-record run in the 5,000 meters in 1995.

“It’s nice music, it’s fast written, that’s why I could break a world record, by that music,” he told CNN. “I’m a Scatman! Dum dum and then you know the timing and at the same time your style changes immediately.”

Many exercise instructors compile playlists of songs they believe match the intensity of workouts and motivate class participants to push themselves harder.

“They may not know what the exact tempo is, but they do know what helps get people into ‘the zone,’” said Stork. “Human intuition is a part of it, too.”

The bpm of any song can also be found online at sites such as Song BPM. A song such as “Bad Romance” by Lady Gaga, for example, has a bpm of 120, whereas the up-tempo “All About That Bass” by Meghan Trainor clocks in a 135 bpm.