Q&A with Dr. Lee Norman: Should Americans Be Afraid of Ebola?

Since March, there have been more than 1,200 cases of Ebola reported in Guinea, Liberia, and Sierra Leone, in what is considered the largest Ebola outbreak in history.

Ebola is a highly contagious disease spread by contact with an infected person’s bodily fluids. The infection is spreading in West Africa, where it has killed more than 720 people since the outbreak began in March.

Sheik Umar Khan, a Sierra Leone doctor who treated more than 100 Ebola patients, recently died from the condition. And two American healthcare workers at a hospital in Monrovia, Liberia, have also been infected with Ebola. Emory University in Atlanta has prepared a special isolation ward to receive an Ebola patient in the coming days, possibly one of the two American workers.

Healthline sat down with Dr. Lee Norman, who is not only chief medical officer at the University of Kansas Hospital, but also a U.S. Army officer serving in the National Guard, and an advisor to homeland security and regional disaster preparedness agencies. We asked Norman whether Americans should be worried that Ebola will spread to the United States.

Why is this Ebola outbreak different from outbreaks in the 1970s?

Norman: It is a worrisome outbreak for a number of reasons. It’s a larger number of cases and a very high mortality rate, which in and of itself is worrisome. It has crossed borders into countries that haven’t previously been as affected by Ebola.

Why is this outbreak causing so many deaths?

Norman: The outbreak is occurring in large cities that have modern airports and easy access to transportation. Ebola used to be, and still is, an African disease, but it was always a disease in remote places and remote villages. It was self-contained in the sense that people didn’t travel from those remote places very much. People died and were buried, and then for whatever reason, it quieted down a bit. 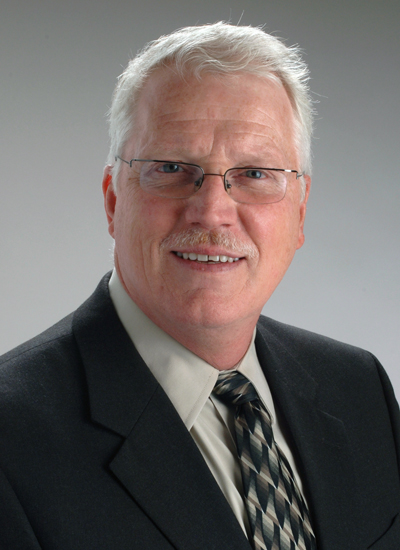 What does the recent death of a gentleman who flew to Lagos, Nigeria suggest?

Norman: This points out that it’s just a plane ride away from a large city. If he didn’t have advanced symptoms by the time he landed in Lagos, he could have gone on a plane and traveled to Brussels, Atlanta, Beijing, or wherever his business might have taken him. The fact that Lagos has 21 million people and a modern airport; and in some of the other African countries predominately affected now, there are airports of size that fly directly, for example, to Europe.

Pair that up with the biology of the disease and that the incubation period can be as short as two days; if people got sick two days after they were exposed, we probably wouldn’t be having this conversation, because they would be unlikely to travel very quickly. But it can go up to 21 days of incubation, and you can go a long way in 21 days and show up on some very far distant shore with what is considered a tropical African disease.

Do you think Ebola will appear in other cities worldwide?

Norman: There’s nothing to prevent this from showing up in small and large cities worldwide. I’m in Kansas City, and in our hospital today we have a Nigerian patient for something completely not Ebola related; but who is to say that couldn’t have happened, just as it happened to the man who died in Lagos this week.

“If there’s a silver lining, it’s the fact that if you flew from Berlin to Boston, and sat next to a person incubating Ebola, you would not catch it, because it’s not spread through respiratory droplets or coughing like SARS or influenza.” — Dr. Lee Norman

What should Americans know about how Ebola spreads?

Norman: We know apes, chimpanzees, and monkeys get it, but they are innocent bystanders and probably not the reservoir for the disease. The animal most commonly cited as the reservoir, where the virus can reside, is the fruit bat.

We know it’s not contagious from a respiratory standpoint. If there’s a silver lining, it’s the fact that if you flew from Berlin to Boston, and sat next to a person incubating Ebola, you would not catch it, because it’s not spread through respiratory droplets or coughing like SARS or influenza. It’s spread from direct contact with secretions, and people on airplanes don’t usually share secretions with persons sitting next to them. At least, they are unlikely to infect the fellow passengers on airplanes.

What should healthcare workers know about Ebola symptoms?

Norman: If somebody has traveled to Africa and now presents in your emergency department, clinic, or urgent care center, and they have fever, pain, shortness of breath, headaches, and are found to have multisystem disease and involvement, including bleeding into the gastrointestinal tract, or from the nose, the travel history is really what it’s all about.

We need to teach and reteach people to ask about foreign travel. If any Ebola patients showed up on our shores, it would be expected they would tie back to Africa at least.

Why haven’t efforts to contain Ebola been effective in West African countries?

Norman: There’s not great access to medical care in a lot of the areas. There’s reason to believe it will continue to expand. Two of the three countries have been torn by civil war and strife and don’t particularly trust the government. They don’t have access to supplies. It’s not unusual in some areas, for families to go to the store and buy syringes and IV fluids and say, ‘here take this.’ And they tend to reuse things because they don’t have access. Reusing anything with an infectious disease process puts patients at greater risk.

There are some things culturally that make it more likely for African people to contract the illness. Most of the people who get it have had direct personal contact with somebody with the illness. The two doctors who died in West Africa, who were such heroic individuals for trying to do their best with Ebola, had direct contact that eventually infected them.

But one of the things they do differently in those three African countries is, their burial practices are different. When somebody dies, the family claims the body, and washes and cleans them and prepares them for a very intimate burial.

Do you think closing borders and schools in areas affected by the outbreak could keep the disease from spreading?

Norman: Probably, but it’s not very easy to do. A lot of the areas are very remote, and people can get around checkpoints. We know that in clusters of cases in a hospital, they are shutting down the hospital for 22 days and are keeping the people quarantined. And then if no new cases in 22 days, they open. Their treatment is quarantining.

I talked to an official from the Democratic Republic of Congo a couple of weeks ago, and he said, ‘we don’t have a problem with Ebola because we’ve secured the borders.’ That is not true. There’s no way you can secure the borders.

“We need to teach and reteach people to ask about foreign travel. If any Ebola patients showed up on our shores, it would be expected they would tie back to Africa at least.” — Dr. Lee Norman

Does it appear, then, that some African officials are trying to downplay the threat in order to prevent a panic?

Norman: In some regards, they have more fragile economies. They don’t want to scare any investors, commerce, shipping, or tourism. So I think there’s even some debate as to the accuracy of numbers of cases involved. They don’t have a CDC that is as meticulous as ours. It’s highly likely the case numbers are under reported.

How would medical care be provided in the United States for Ebola patients?

Norman: There are no immunizations or anti-viral medications for Ebola, just good meticulous intensive medical care. If they got dehydrated, we would give them fluids. If they couldn’t breathe well, put them on ventilator. If they have lost blood hemorrhaging and bleeding, we would replace their blood products and control their bleeding as best we could.

Would the United States healthcare system be able to save patients from dying if they contracted Ebola?

Norman: Yes, we could. There are some people who survive. The overall mortality rate is 50 to 60 percent. Without question, the 90 percent mortality rate is from the more remote regions, where they do not have access to things that are normally the bedrock of medical care. In Europe you would expect the same care as in the U.S.

How likely is it that an effective vaccine for Ebola will be developed?

Norman: It can be very difficult, just as we’ve been trying with HIV. I know it’s being worked on. Some viruses just mutate and change so much, so you are always one step behind; and there are multiple strains of Ebola. A question would be whether a strain is sufficiently different immunologically from the next one that there will be immunity from the different strains.

Stephan Monroe, deputy director of the Centers for Disease Control’s (CDC) National Center for Emerging Zoonotic and Infectious Diseases, recently held a teleconference and stated that no Ebola cases have been reported in the United States, and that the likelihood of this outbreak spreading outside of West Africa is very low.

Monroe said, “While it’s possible that someone could become infected with the Ebola virus in Africa and then get on a plane to the United States, it’s very unlikely they would be able to spread the disease to fellow passengers.”

Monroe added that because people do travel between West Africa and the United States, the CDC needs to be prepared for the remote possibility that one of those travelers could get Ebola and return to the U.S. while sick.

“We are actively working to educate American healthcare workers about how to isolate patients and how they can protect themselves from infection,” said Monroe.