From the corner pharmacy to the operating room, drug shortages are occurring nationwide, forcing healthcare professionals to make changes in their treatments, even in critical emergency care situations.

Oral drugs may suddenly become unavailable for weeks. Some have been in short supply for several years. Anesthesiologists often run short on common anesthetic drugs. When these shortages occur, physicians and pharmacists have to change drug treatments, recalculate doses, or even postpone treatments.

Surprisingly, the drugs that are in short supply are rarely high-ticket treatments. Instead, they are usually inexpensive generics. Drug wholesalers, and then pharmacies, run out of ordinary medications like atorvastatin (a statin drug used to prevent formation of cholesterol in the body), bupropion (an antidepressant), pantoprazole (used to block stomach acid and treat reflux or indigestion), and B-12 injection (cyanocobalamin, which helps the body produce red blood cells). Patients may wait for weeks to get a new supply of a common drug.

Shortages become critical when they impact surgery or emergency care. Chris Snyder, R.Ph., manages drug shortage issues for the Cleveland Clinic, where more than 200,000 surgeries are performed annually. For the last three to four years, there have been shortages of anesthesia drugs, which put people to sleep and bring them out of anesthesia.

Snyder told Healthline that “a shortage of propofol could shut down our surgical suites.” Propofol is used to start and maintain surgical anesthesia. Bupivacaine, lidocaine, neostigmine, and atropine are other common drugs used for surgery. A disruption in supplies may mean it takes more time to put the patient under or to reverse anesthesia. “This makes the next case hold over and frustrates families,” said Snyder.

Ordinary supplies like IV bags of saline injection may be manufactured from water and salt, but a shortage of these saline solutions can affect every hospital and ambulance operator in the nation. Adding new manufacturing lines for sterile products is an extremely complex process. The current shortage has forced the Food and Drug Administration (FDA) to allow importation of IV bags from Spain and Norway to meet demand. Most IV drugs that are diluted require saline to administer them.

Chemotherapy Drugs Are Cause for Worry

The patient’s stress may also increase dramatically when chemotherapy drugs are in short supply. “The problem has become magnified since 2011,” said Dr. Richard L. Schilsky, chief medical officer of the American Society of Clinical Oncology (ASCO). “The number of shortages, the frequency, and duration of shortages have all increased.”

When a drug is in short supply, there may be an alternative, but the alternative can be incredibly costly. A one-month supply of brand name Abraxane (protein bound paclitaxel) costs between $5,000 and $6,000, which is forty times the $150 cost of generic paclitaxel. However, the generic version carries some additional risk of negative reactions and is not as well absorbed as the brand name drug.

Schilsky explained that the time spent on solving these shortage issues is also costly. “The whole health system spends more time trying to solve this dilemma with great uncertainty about what is available and when,” said Schilsky. In the past, he adds, “We never had to postpone a patient’s treatment due to shortage. This is a full-time job — bartering and swapping out drugs.”

The American Journal of Health-System Pharmacy published a nationwide survey of hospital pharmacy directors in 2014. More than two hundred pharmacy directors from hospitals that dispense chemotherapy drugs responded. During the previous twelve months, 70 percent reported an inadequate supply of chemotherapy drugs for patients, and 43 percent mentioned treatment delays. Additionally, 35 percent of respondents indicated a moderate to severe risk of death for patients when a drug was delayed or changed.

Read About the High Price of Cancer Drugs »

What Is Causing the Short Supply?

There are many reasons why essential drugs are in short supply. PhRMA, the Pharmaceutical Research and Manufacturers of America, acknowledges drug shortages on its website, with a list of possible causes, and places “manufacturing challenges” at the bottom of the list. The American Society of Health-System Pharmacists (ASHP) maintains an up-to-date website of drug shortages, and includes analyses of shortages and their causes, including manufacturing problems, shortages of raw materials, and, sometimes, increased demand. ASHP’s pharmacists have found that in half of the drug shortages they have tracked, the manufacturers don’t know what caused the shortage.

“The problem has become magnified since 2011; the number of shortages, the frequency, and duration of shortages have all increased.”

How is the overall drug supply managed in the U.S.? Unfortunately, supply and demand are precariously balanced by the free market system, in which competitive manufacturers hesitate to share information with each other.

Current business practices also cause drug shortages. Just-in-time (JIT) inventory management is used so that the pharmacy, drug wholesaler, and drug manufacturer all trim their supplies on hand. They do this in order to keep inventory costs down. Any blip in demand, caused by a sudden outbreak of illness, a change in medical treatments, or approval of a new generic drug, can cause sudden shortages.

The FDA Steps In

The FDA has taken an important role in managing drug shortages. The modern version of this federal agency came into being in 1906 with the Pure Food and Drug Act. The FDA is a regulatory agency designed to protect public health. It reviews applications for new drug products and generic versions of brand name products. The agency also carries out inspections of manufacturing facilities and has the power to shut down production when the facility does not meet its standards.

The FDA maintains a flock of inspectors, who must increasingly circle the globe to inspect drug manufacturing, since so much manufacturing now occurs outside the U.S. When manufacturing problems increase, the demand for more inspections may also impact shortages. The agency is subject to congressional approval of its annual budget, and any increases in inspection staff are part of the package that must be reviewed in budget debates.

Captain Valerie Jensen, R.Ph., associate director of the Drug Shortages Program in the FDA’s Center for Drug Evaluation and Research, told Healthline that new legislation in 2012, requiring manufacturers to notify the FDA of disruptions, discontinuation, or interruptions of drug supplies, has helped whittle the list of new drug shortages to 44 products in 2013, a big improvement from the peak of 251 shortages in 2011. 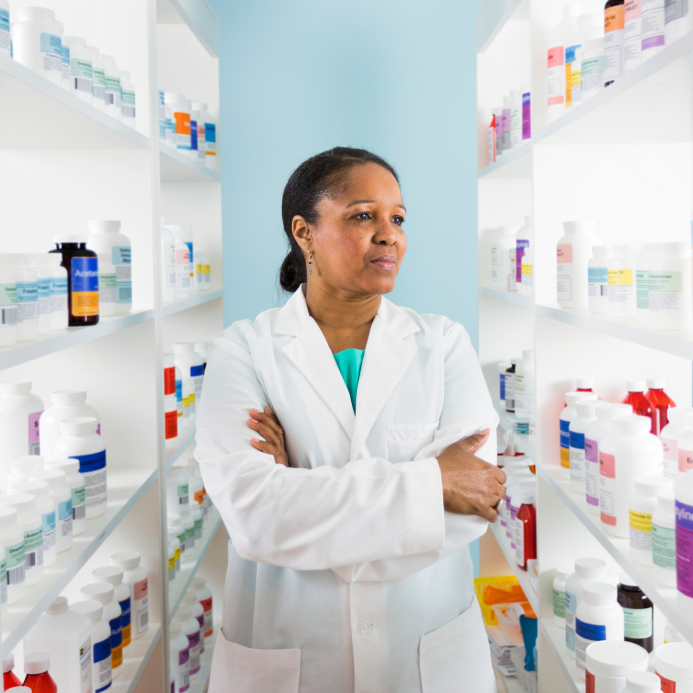 The recent shortage of saline solution occurred at the end of 2013 and involved many factors. “Companies were notifying us of tight supply, and did not expect a shortage at that time,” explained Jensen. “They thought it would even out at end of year. Tightness continued and increased demand, and threw things into shortage.” No manufacturing problems were associated with the shortage and “they were at full production and couldn’t keep up with demand. Some of these drugs don’t have enough lines available to help. It takes three weeks to make a batch of a drug like saline, and it’s difficult to increase production.” The FDA made a rare decision in this case to allow importation of product from Spain and Norway until U.S. manufacturers could catch up.

Jensen also explained that another strategy from the FDA is to expedite reviews of critical drugs, which may include new makers of generic drugs. Generic manufacturers must now pay a user fee, which helps defray the cost of inspections and reviews. FDA inspections require a team of up to 25 staff members, and must include microbiologists, chemists, pharmacists, and others who represent the same skills needed to run the manufacturing facility.

Time Is of the Essence

Snyder has researched drug supply issues for years, and says that the cause of a shortage of an individual drug can be quite simple and sudden. “When you only have two dominant players (suppliers) and lose half the market, the other company can’t order raw ingredients fast enough and reschedule the product lines,” says Snyder. “You can’t have 50 percent capacity unavailable and make up the difference.”

Snyder went on to say that wholesalers base their stock on previous demand, and there is no advance warning system when the supply goes down.

Acknowledgment of the drug shortage problem and efforts to work on the causes has been picked up by medical societies like ASCO, and is being discussed in diverse meetings, such as the upcoming Parenteral Drug Association (PDA) (injectable drugs) Drug Shortage Workshop in Washington, D.C. in September, where industry and FDA leadership will strategize the shortage issue.

How can physicians and patients ensure the right drug therapy is there when it’s needed, and what can the hospital staff do to ensure that surgery, cancer care, and other essential services are not disrupted by drug shortages?

Schilsky recommends encouraging doctors to be prepared for shortages and try to have a local plan in place. Patients should never let their pharmacy prescription bottles run completely empty, since shortages can make it difficult for their physician or pharmacist to change to an alternate product on short notice.

Snyder suggests that hospital employees should build relationships with key staff members, including the heads of medical departments, administrators, and pharmacists, to ensure patients get what they need. Therapeutic substitution, which is using a different drug than the one prescribed, but which has the same result, is a key strategy to managing shortages. A large health system with strong purchasing connections may buy products directly from manufacturers and hear about shortages more rapidly.

Employee physicians are key to the Cleveland Clinic’s success in managing shortages is employee physicians. They are motivated to work with the rest of the staff. Summing it up as the success of a team approach to solving drug shortage problems, Snyder concluded, “If you’re not demanding we make water out of wine, we can handle it.”