Actress said she has had MS symptoms for years.

Actress Selma Blair recently revealed that she has multiple sclerosis — and that she had symptoms for about 15 years before receiving a diagnosis.

Blair, who has starred in films like “Hellboy” and “Legally Blonde” wrote on her Instagram this week that she “is disabled.”

“I have #multiplesclerosis. I am in an exacerbation,” Blair wrote in an Instagram post. “By the grace of the lord, and will power and the understanding producers at Netflix, I have a job. A wonderful job. I am disabled. I fall sometimes. I drop things. My memory is foggy. And my left side is asking for directions from a broken gps.”

Blair said she was diagnosed in August but had symptoms years earlier.

“I have probably had this incurable disease for 15 years at least,” she wrote.

In fact, Blair actually fits many of the demographics at higher risk of the disease.

The actress’ news has put a spotlight on a condition that can still be confusing for patients and physicians alike.

Here’s a rundown of facts to know about MS.

Who is likely to be affected?

MS is more likely to affect women than men, and most symptoms first appear when a person is between 20 and 40, according to the American Association of Neurological Surgeons.

About 1,000,000 Americans have MS, which also affects over 2.3 million individuals across the globe, the National MS Society reports.

Multiple sclerosis, also known as MS, is a neurological disease that impairs communication between the brain and other parts of the body. Difficulty with coordination and balance, as well as blurred vision, are common symptoms of the disease.

Dr. Daniel M. Harrison, a neurologist and interim division director of the Maryland Multiple Sclerosis Center, said an accurate diagnosis can be made in the majority of cases when a patient undergoes proper evaluation and testing.

“The diagnosis of multiple sclerosis is made based on a combination of a patient’s clinical signs and symptoms, and the results of supportive testing,” he said.

But sometimes, symptoms are not as obvious, added Dr. Philip De Jager, PhD, a director of the Multiple Sclerosis Clinical Care and Research Center at the Columbia University Medical Center in New York.

“There is no test that tells you whether you have MS. It remains a diagnosis of exclusion, meaning we have to rule out all other possibilities,” he said.

Harrison noted that MS is an autoimmune condition that occurs when inflammation causes a loss of myelin (the insulation around nerve cells). This damages the nerve cells and their supporting structures in the brain, spinal cord, and optic nerves.

Having a family history of MS or another autoimmune condition significantly increases your chance of having MS, Harrison said. Vitamin D deficiency, especially in childhood, also plays a clear role and likely works together with a genetic predisposition for MS.

“More controversially, exposure to some viral infections, perhaps also in childhood, may also work together with a genetic predisposition to help trigger the development of MS,” he explained.

Some people experience MS “attacks” but recover from them; others accumulate disabilities over time, noted De Jager.

The symptoms of MS

While vision changes, weakness, numbness, and imbalances are common symptoms, each patient’s symptoms can vary greatly.

Sensory pathways can also be affected, so a patient may experience a decreased sensitivity to touch, pain, temperature, vibration, or position. Lower acuity of vision, missing visual fields and altered pupil reflexes are also symptoms.

“If the parts of the brain that control eye movements are affected, we will often find misalignments in the way that the left and right eyes move together,” he added.

Kathy Costello, associate vice president of health care access for the National MS Society, explained that MS is a progressive disease. “The disease course and severity are different for each person who is diagnosed,” she said.

For about 85 percent of patients, MS includes times when they will experience symptoms, followed by a period when symptoms may seem to disappear.

“Over time, these individuals generally have fewer relapses, but the disease course changes to being predominantly progressive, with a worsening of symptoms and potentially an increase in disability over time,” she said.

The other 15 percent of people who have MS experience a primary progressive form of the disease, which means their symptoms worsen and accumulate. These patients don’t have relapses or remissions.

There are four main forms of MS.

“When a patient experiences such an event, they will often have supportive findings on their physical examination, which should trigger the ordering of an MRI,” Harrison said. An MRI scan of the brain and spinal cord will show signs of both current and previous regions of inflammation and loss of myelin.

If the patient’s symptoms and findings on MRI are sufficient to meet the diagnostic criteria for MS, the diagnosis can be made at this point, he said.

In some cases, spinal fluid testing is needed to confirm the diagnosis.

“Since MS can affect almost any part of the brain and spinal cord, the symptoms of MS can be very similar to many other neurologic conditions, so it is very difficult to know someone has MS solely based on their symptoms,” he explained. A thorough physical examination and use of the proper diagnostic procedures will help a physician determine if MS is a concern, or, if there is another neurologic or non-neurologic explanation for the symptoms.

“If anyone is experiencing neurologic symptoms, they should seek medical attention for them and undergo a proper evaluation by their physician,” Harrison added.

Harrison said there are many treatments available for MS, including more than 10 treatments for relapsing MS, which is just one variation of the disease. The treatments can drastically reduce a patient’s chance of having future episodes, new MRI activity, and disability accumulation.

Last year, the FDA approved a treatment for primary progressive MS, which is a rarer form of the condition. The newer treatment helps to reduce the disability from further progressing.

Treatments on the horizon include those that possibly may be able to restore health, repair myelin, and reverse symptoms.

MS cannot be prevented, though some research is examining the potential of vitamin D use in those with a family history, as a way to prevent the disease from forming.

“Despite the benefits of the treatments we currently have for MS, many patients can still experience lifelong symptoms, some of which can be disabling,” Harrison said.

Multiple sclerosis is a neurological disease that impairs communication between the brain and other parts of the body. Difficulty with coordination and balance, as well as blurred vision, are common symptoms of the disease.

About 400,000 Americans have MS, which also affects about 2.1 million individuals across the globe, reports. It is more likely to affect women than men, and first symptoms often occur between the ages of 20 to 40. 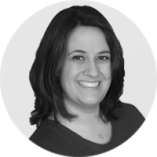