Scientists Cure Lupus in Mice with a One-Two Punch

Researchers say the key to reversing lupus may be a combination of two existing drugs.

Readers’ interest in a story about lupus research has been high since the article first appeared in February 2015.

Interest skyrocketed again when the research was mentioned at a conference in Cuba a few months later.

There was another uptick in interest when singer Selena Gomez announced last year she had received chemotherapy treatments for lupus.

Earlier this year, Gomez announced she is donating proceeds from ticket sales of her Revival Tour to the Alliance for Lupus Research.

Here’s a sampling of the comments left by readers affected by lupus. 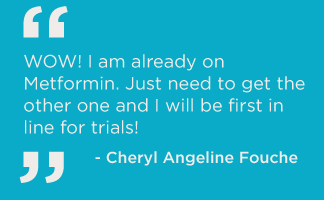 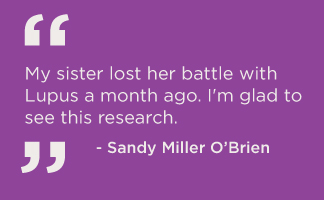 Lupus is a chronic autoimmune disease that can damage any part of the body, from the skin, to the joints, to the organs.

There is no cure for lupus, a disease that flares up and then seems to disappear before returning again.

Researchers said early last year they discovered that by using a combination of two drugs that already exist, it was possible to reverse the effects of lupus in mice.

In the February 2015 study published in , researchers from the University of Florida, Gainesville, found that by inhibiting certain metabolic pathways in immune cells it was possible to combat lupus in mice.

Systemic lupus erythematosus, or lupus, is an autoimmune disease in which the immune system — which is supposed to protect the body from outside invaders — attacks the body’s own tissues, causing inflammation. Lupus can sometimes have similar symptoms to arthritis.

One marker of lupus is defective helper T cells, white blood cells that activate other immune cells. These T cells eat glucose and oxygen in order to produce energy.

The two drugs researchers tried in the 2015 study have been shown to inhibit metabolic pathways before, but the combination seems to be the key to success.

“The most surprising result from this study was that the combination of the two metabolic inhibitors was necessary to reverse disease, when it could have been predicted based on models published by others that either one alone would work,” said study co-author Laurence Morel, Ph.D., director of experimental pathology and a professor of pathology, immunology, and laboratory medicine in the University of Florida College of Medicine, in an email to Healthline.

Read More: Do I have Lupus or RA, and What’s the Difference? »

Researchers from the University of Florida decided to look at glycolysis, which is the conversion of glucose into energy, and mitochondrial metabolism, which is the energy production in the cell, as they relate to T cell metabolism.

“The two processes regulate the energy states of immune cells, which are hyperactivated in lupus and responsible for initiating and sustaining the disease,” Morel said. “Our study is the first to report a detailed analysis of these cellular metabolic pathways in lupus.”

To attack lupus, the researchers decided to use two drugs that block glycolysis and mitochondrial metabolism. The drugs are 2DG (under development) and metformin (FDA-approved).

In doing so, the researchers effectively reversed the effects of lupus in mice. They also showed that T cells from human lupus patients with enhanced glycolysis and mitochondrial metabolism saw slower cellular metabolism when they were exposed to metformin.

The two drugs did not affect T cells in healthy mice. The drugs can also be used safely and at a modest cost, the scientists say.

Researchers said it appears that by using low doses of metabolic inhibitors in the hyperactivated immune cells of mice with lupus, cellular metabolism normalizes. The two drugs lower cellular metabolic activity without blocking it entirely.

“This study may also open the door to targeting other metabolic pathways,” Morel said. “In addition, such a new class of drugs may potentially benefit patients with lupus, as opposed to the more classic approach that typically relies upon immunosuppressive drugs.”

Before the drug duo can move into clinical trials, researchers need to compare the effects of the pair on human patients using it for other conditions. There is still more to be done on mice, including tests to determine whether metabolic inhibitors can be used alongside conventional lupus drugs.

The University of Florida researchers are also in the process of testing how long treatment can be stopped in mice before the disease flares up again.

Read More: How to Live with Lupus, and Stay Positive »

The Florida research was mentioned at a conference in Cuba four months after the findings were published.

Researchers told Healthline in June that they had received hundreds of emails from people with lupus as well as people with family or friends with the disease.

Many of them mistakenly believed the researchers have come up with a cure for lupus. Others pleaded with the scientists to find a cure quickly.

The following month, researchers at Temple University announced they had made a breakthrough in research targeted at discovering the causes of lupus.

The scientists said they’d discovered that certain bacterial communities in the body called biofilms may provoke the onset of the disease.

Editor’s Note: This story was originally published on February 11, 2015 and was updated by David Mills on August 5, 2016.