The connection between physical and mental health is an important one.

In fact, the World Health Organization (WHO) states: “Health is a state of complete physical, mental, and social well-being and not merely the absence of disease or infirmity.”

That’s why the iconic celebrity has partnered with Cigna as a spokesperson for its Go. Know. Take Control campaign to help get the word out about the connection between emotional and physical health.

“I wanted to get involved with [this] because a lot of us don’t address our physical and mental/emotional health together,” Latifah told Healthline. “People struggle with opening up and being honest about emotional or mental things that are going on.”

She added, “But it’s important to talk about it because you can’t do anything about it unless you start to discuss it and are able to receive the help you need.”

Preventative care inside and out

The campaign encourages people to schedule annual checkups, even when they’re not feeling physically sick.

She pointed out the importance of annual physical exams and the role they play in good preventative care. They can help doctors recognize and treat potential problems before they become a bigger health issue.

“We have to get our physical exams because our doctors can do yearly blood work [and may discover] a number that is not where it should be,” Latifah said.

For Latifah, this aspect of the campaign is particularly close to her heart. Knowing these four biometric numbers can help prevent heart disease, stroke, and diabetes, three conditions that affect African-American women more, according to the (CDC).

African-Americans are also almost twice as likely to be diagnosed with diabetes as non-Hispanic whites, according to the Office of Minority Health (OMH).

Additionally, they are more likely to experience diabetes complications, such as end-stage renal disease and lower extremity amputations.

As a part of its free screenings throughout the country, Cigna will also have health coaches on site to answer questions and offer recommendations for managing your health.

“You can find out your numbers and take that information to your doctor when you go for your annual checkups,” Latifah said.

When it comes to mental health, people of color are currently affected in greater numbers.

Latifah says she’s seen the consequences of loved ones neglecting physical and mental complications in hopes of handling them alone.

She also pointed out that she’s seen others “reach out and get help, and I’ve seen the difference that can make, and how they wished they had done it a lot sooner.”

She hopes campaigns like Cigna’s can help create positive change for black women and improve “whole body” health for everyone.

“As a woman of color raised by a woman of color… we’ve already had enough uphill battles with so many disparities in other ways. So the more we can do to help ourselves, the better. Once we start taking our health seriously and making it something that we just have to do, we’ll be [all the] better.”

Cathy Cassata is a freelance writer who specializes in stories around health, mental health, and human behavior. She has a knack for writing with emotion and connecting with readers in an insightful and engaging way. Read more of her work here. 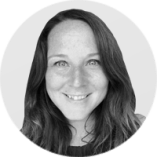