Experts say people with rheumatoid arthritis can feel the painful symptoms of the ailment years before they are diagnosed.

Hart told Healthline the diagnosis and the process that came along with it took much longer than he would have liked.

This seems to be a common complaint among people with rheumatoid arthritis (RA). Some, like Caroline Potter of Virginia, had to wait nearly a decade for a proper diagnosis.

“I knew I was in extreme pain and feeling generally sick and unwell, but I didn’t know what was wrong,” she told Healthline. “I saw every kind of doctor from my general [practitioner] to a pain management doctor, a hematologist, endocrinologist, psychologist, and finally a rheumatologist — two, actually. It took me over eight years of tests and doctors to get a diagnosis when I was having symptoms for almost ten.”

Potter said the delay in figuring out what was wrong with her made her begin to question her sanity and what other people thought of her.

Both Hart and Potter reported symptoms such as fatigue, joint stiffness, joint swelling, joint and muscle pain, along with general complaints like brain fog, feeling drained, and occasional fevers.

Hart said his “bones ached” all the time.

A frustrating waiting period for an RA diagnosis seems to be the norm.

A new study has revealed that many people who are eventually diagnosed with the painful inflammatory autoimmune disease have been affected by debilitating functional limitations and disease-related disability for up to a year or two before RA is formally diagnosed.

A person with RA may face difficulties performing a number of simple tasks. They include walking, dressing, cleaning, and even eating or cooking.

“RA is a systemic illness and RA-associated inflammation may cause carpal tunnel syndrome or affect the eyes, heart, and lungs, as well as other organs, leading to disability,” Dr. Charles Weaver, an oncologist who runs the RA Connection and Cancer Connect websites, told Healthline

His assessment coincides with the recent study, which was published in the June issue of the Mayo Clinic Proceedings journal.

The idea that everyday functional disability may precede RA diagnosis even two years ahead of time “is a new finding and a finding that is quite intriguing,” Dr. Elena Myasoedova, PhD, a Mayo Clinic rheumatologist and the study’s primary author said in a statement. “It may reflect an accumulation of symptoms between the time of first onset and the time required for providers to actually diagnose patients.”

An excess in functional disability can continue even after a RA diagnosis and treatment, Myasoedova said.

She noted that this could be due to the growing burden of chronic mental and physical pain, ongoing use of steroid medications and antidepressants, increasing expectations for relief from and management of RA symptoms that may or may not be met, and other internal and external personality, genetic, biologic, and lifestyle factors.

The implications of the study are clear: doctors and patients need to be more vigilant and proactive in the early stages or pre-stages of rheumatoid arthritis.

Rheumatoid arthritis is an auto-inflammatory disease that not only has an impact on the immune and musculoskeletal systems but is also a condition that significantly affects quality of life and well-being.

RA is one of the primary chronic ailments associated with a strong level of ongoing functional disability in the United States, so doctors and patients need to keep an eye out for potential signs and symptoms.

With many illnesses such as RA, early detection and treatment is key.

What can you do?

“Alerting your healthcare provider to difficulties in daily living can assure that patients receive the help they need,” said Myasoedova. A typical case of rheumatoid arthritis begins gradually, with slow development of signs and symptoms over a period of weeks to months.

Erosion of bone and destruction of cartilage occur more rapidly than other symptoms and may be seen within the first two years of the disease, continuing to worsen as time goes on if the disease is not treated effectively.

And while there is no one-size-fits-all diagnostic blood test for RA, the Arthritis Foundation has stated that certain antibodies specific to RA can be present early on, existing before the disease symptoms even start.

One challenge the doctors face is that rheumatoid arthritis can be difficult to diagnose in its early stages mostly because many early signs and symptoms mimic or overlap with those of a wide array of diseases.

The average time from onset to diagnosis is six to nine months. But now, with the new study showing that these symptoms may begin even earlier than once thought — perhaps years earlier — an earlier diagnosis could be on the horizon for many.

“I wish that other patients would be diagnosed sooner so they stand a better chance of finding a drug that works for them instead of suffering without answers for so long,” she said. 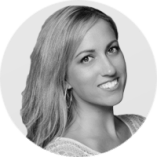