Written by Brian Mastroianni on May 17, 2020 - Fact checked by Dana K. Cassell New

We certainly live in stressful times, but how do they compare to how things were 3 decades ago?

New research published this month examines the impact of stress on people who are middle age, finding a stark increase in day-to-day stress among people from 45 to 64 years old in the 2010s compared to the 1990s.

In a new paper published in the journal American Psychologist, Penn State researchers looked at data from 1,499 adults collected in 1995 and then 782 different adults 17 years later in 2012.

Both different groups had been interviewed on a daily basis for 8 straight days. They were asked about stressful experiences they had over the past 24 hours.

The results? Researchers found that day-to-day stress and a sense of lower overall well-being were much higher in the 2010s compared to the 1990s.

While people overall experienced about 2 percent more stress in the later decade, for middle-aged people, it was about 19 percent higher.

Middle-aged participants in the surveys showed a 17 percent increase in having a sense that stress would affect their future plans. They also had a 27 percent increase in the belief that their financial status would be affected by stress in the 2010s compared to the ’90s.

How stress is affecting people in their middle years more

Lead researcher David M. Almeida, PhD, professor of human development and family studies at Penn State College of Health and Human Development, told Healthline that, at the outset, he and his colleagues expected life to be more stressful for people now compared to the ’90s.

What surprised them was this discrepancy between middle-aged people and other age groups.

“We thought that younger people in late 20s or early 30s would be most stressed, with people coming out of an economic recession and low job prospects, entering economic uncertainty,” he said. “But it was people about 50 to 64 who were the most stressed out. That stood out, shockingly so.”

Almeida says that when they dug deeper in the data, it showed that people in their middle years seem to have more demands and pressures placed on them, naturally elevating stress levels that might not be as existent for younger adults.

For instance, people in midlife tend to be responsible for raising young adult children and getting them started in adulthood at the same time as taking care of older generations.

“It’s a time of life when you’re responsible not only for your own well-being but the well-being of many people,” Almeida added. “Even at work, in midlife you are entering management roles, and the sheer number of people you are involved with increases your opportunity to experience stress.”

Dr. Sudha Prathikanti, integrative psychiatrist and ayurvedic practitioner at the University of California, San Francisco Osher Center for Integrative Medicine, says this is reflected in what she sees anecdotally with her own patients.

Prathikanti, who wasn’t affiliated with this new research, says she works with a lot of middle-aged women who take on a big brunt of these responsibilities and familial duties.

She says it’s a pressing, defining issue that affects middle-aged women on a “global scale,” serving as something of a “sandwich generation”: stuck between taking care of aging parents and the labor of nurturing teens and young adults.

Women in this age group also have to care for grandchildren as well, something exacerbated by the fact that post-Great Recession economic hardships forcing young adults to move back home, creating difficult-to-manage multigenerational households.

This is certainly a new reality that existed more over the past decade than in the 1990s, a time of overall economic prosperity in the United States.

Prathikanti emphasizes it’s important to note that, in many ways, this is a very U.S.-centric stress driver, given that many non-Western cultures embrace older adults as sources of wisdom and respect.

Prathikanti told Healthline that our cultural deemphasis on people as they gradually get older also places a psychological stress of its own, a very American problem that doesn’t seem to be abating anytime soon.

Why are things more stressful now?

With all of that being said, didn’t a lot of the problems that plague our modern day exist 30 years ago, like lopsided economic distributions between rich and poor, domestic and global political upheavals and controversies, the demands of work and family?

Almeida says stress and anxiety are nothing new, but unique shifts in technology and the way we relate to the world over the course of 3 decades has had a psychological impact.

The recession on its own changed the face of many people’s livelihoods that wasn’t present during the economic booms of the ’90s, but also our “access to information” connecting “people all the time” has fed stress.

“In the ’90s, the internet did keep people connected, but not to the extent that it would 20 years later,” Almeida said. “I think constant connection to information can be great in some ways, but never gives you a break.”

This is especially true with the work-from-home culture brought about by modern technology.

Increasingly more people have been bringing work laptops and projects home with them at the end of the day. All too many of us are familiar with the drill: checking emails before bed, looking at the news at all hours due to smartphones and social media.

“This information access may have a big stressful effect,” he said.

There certainly has been a lot of upheaval in recent years to make it not seem surprising that the 1990s were less stress-inducing than the 2010s.

Last year, the American Psychological Association released its Stress in America report, showing that the 2020 presidential election, healthcare, and fears of mass shootings were big drivers of national stress across the board.

“With the economic recession, people were losing jobs and getting laid off, so there was also that whole added challenge of getting retrained in the same or new field, getting used to computer technology in a new way,” Prathikanti said.

She explains that this was harder for middle-aged and older people, with many of their younger counterparts born into a reality that always had computers and social media.

For younger adults, it was easier to adopt to these technological shifts even during a stressful time. One big irony, of course, is many of the people who were in their middle years by the 2010s were some of the first adopters and innovators of the internet in its earlier incarnations.

“It was hard for many to adapt and grow with it,” Prathikanti added.

Prathikanti says that increasing numbers of divorce and separation could be another big factor in this stress shift over time.

While divorce was certainly common in the 1990s, it’s even more so now, with some people hitting the edge of their middle years and looking into older adulthood without a life partner — a realization that can be disorienting for someone who might never have contemplated the idea of growing old independently when they first got married or partnered 20 or 30 years ago.

This is a phenomenon that also acutely affects women.

“A lot of the women I’ve worked with who divorced or are divorcing later in life took out significant amounts of time earlier in their career to raise families. Now they are not in the place where they have the economic security that they had earlier in life,” Prathikanti said.

“This financial stress of divorce and making up for lost time, in some ways in terms of their career, presents a double-stress they are also dealing with,” she added.

Someone looking to start over at 60 is dealing with the stress of feeling they have fewer years to make up for financial and emotional losses that a 30-year-old doesn’t have to necessarily process, Prathikanti explains.

What are ways to manage all of this midlife-fueled stress?

Prathikanti says she recommends a holistic approach. Traditional therapy can help coupled with outlets like acupuncture, exercise, a nutritious diet, and yoga.

Almeida acknowledges that many of the shifts in our culture that he considered when looking at the data resonate strongly, particularly now during COVID-19, with people isolating from others, holing up at home, and constantly plugged into technology.

“The more our lives center around technology and the more we keep getting work done without being with people, there is some danger in being in a situation where you lack human contact, which I think makes it more difficult to deal with stress,” he said.

He’s always been interested in how stress is tied to physical and psychological health, but is particularly looking forward to examining one topic that sounds counterintuitive: the positive impacts of stress.

Almeida is interested in the idea that when people are stressed, they’re actually more likely to seek support and problem-solve.

When it comes to the complexities of middle age, Prathikanti says that, no matter the era, there will always be some enduring existential qualms that drive stress.

“People tend to look back and think, ‘Did I make all the right choices?’” she said. “That is something that comes with the territory of middle age, of being 55 or something and thinking, ‘Wow, I’ve lived more years behind me than are in front of me.’ That’s a sobering thought, and sometimes motivates people to make significant change in a positive direction.”

New research out of Penn State reveals that Americans experienced more stress in the 2010s than in the 1990s. This was significantly higher among people in middle age.

What accounts for this? Experts believe changes in technology, family and relationship dynamics, and economic hardship brought about by the recession of the last decade were major drivers of stress for people in their middle years.

What can help alleviate it? Seeking out professional counseling along with exercise, nutrition, socializing, and holistic approaches like yoga and acupuncture can provide significant benefits. 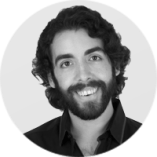 Written by Brian Mastroianni on May 17, 2020 - Fact checked by Dana K. Cassell New