Parents of children with strange genetic diseases might have mosaicism. One small genetic mutation could leave them with different DNA in various cells and organs in their bodies.

Rare genetic disorders, by definition, are conditions that affect fewer than 200,000 Americans. According to the National Organization for Rare Disorders (NORD), there are more than 6,800 such diseases, affecting nearly one in 10 Americans in total.

It’s no surprise when a parent with a rare genetic disorder passes it on to his or her child. But most rare genetic diseases appear in children whose parents don’t have the condition. So where do the faulty genes come from?

Conventional wisdom says that the parents of these children experienced a mutation that affected one of their reproductive cells, which they passed on to their child at conception. However, a new study published in the has found evidence to support a new theory: these parents might just have mosaicism.

A Patchwork Quilt of Genes

Mosaicism is when a person has different DNA in different cells in his or her body. This DNA forms a mosaic of genomes across different tissues and organs. If a gene mutation occurs right after conception, when the person is still just a single-celled zygote, it will affect all the cells in the person’s body as the zygote divides and develops into a fetus.

Most mutations happen later in development. Since that single-celled zygote has to divide into more than different cells to make a whole person, there are many opportunities for a mutation to occur. But that mutation won’t spread to the rest of the body — it will only affect the cells that the mutant cell divides into. This means, in effect, that a person with mosaicism could have one set of genes in his or her heart, and a different set in his or her fingers, which develop later. 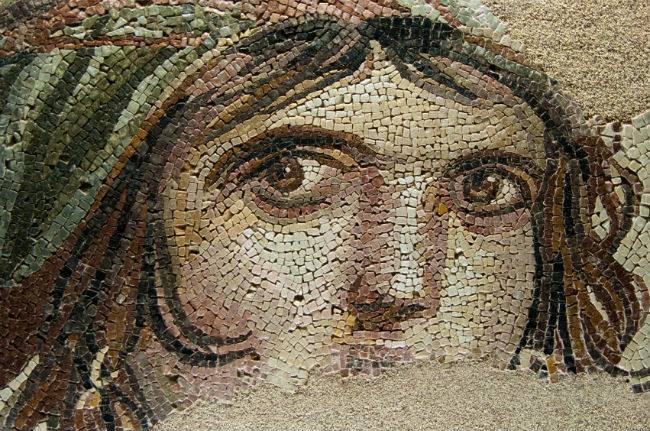 “Any mutation that happens when a person is developing rather than when they are only a single cell results in mosaicism,” explained Dr. Ian Campbell, Ph.D., a student at the Baylor College of Medicine and first author of the paper, in an interview with Healthline. “Mutations happen all of the time, so nearly all of the cells in your body have different genetic material. However, most of these differences are harmless and go completely unnoticed. Most types of mutations can result in mosaicism.”

Some of the time, however, the mutation occurs in a place that affects how a gene functions. If it’s a gene that controls how other genes are expressed, the single mutation could affect the development of the whole body, especially the very sensitive brain. The result is a rare genetic disease.

“Most of the diseases do not have specific names, but generally include intellectual disability or developmental delay and sometimes autism or birth defects,” said Campbell.

Getting to the Source

Campbell and his team recruited the parents of 100 children with rare genetic disorders and analyzed the family’s DNA for mosaicism. “In four families, we detected mosaicism in one of the child’s unaffected parents,” he said. “Thus, the mosaic mutation in the parent was passed on to the next generation, causing the disease in the child.”

This is a much higher rate than scientists expected. Previous studies had estimated the mosaicism rate in parents of children with rare genetic disorders to be less than half of one percent.

“Mosaicism can considerably increase the risk of a parent having a second child with the same apparently new genetic disease that a sibling has.” — Dr. Ian Campbell

A higher rate of mosaicism also means that these parents are more likely to have a second child with the same rare disease. If a mutation occurs in a single egg or sperm cell, its neighbors are unaffected. But if mosaicism spreads a mutation throughout the ovaries or testes, it can produce a larger number of mutant eggs or sperm.

Children with rare genetic disorders might not be the only ones affected by mosaicism. It could play a role in many other diseases as well. “Mosaicism happens in everyone, and the impact of mosaicism on human health is likely under-recognized,” said Campbell.