From Pain Meds to Condoms: Other Medical Supply Shortages Under COVID-19

The COVID-19 pandemic is the largest test of the modern medical system we’ve ever witnessed.

In the United States, there’s considerable angst from healthcare workers who say they don’t have the supplies to keep them safe, including masks, gowns, and other personal protective equipment, known to them as PPE.

But those necessities may not be the only medical supplies facing shortages soon.

Even on a good day, emergency rooms in the United States are often short on key drugs and supplies, such as pain relievers and bags of saline.

A 2017 study published in the Journal of Critical Care reported that half of the medications in drug shortages were for critical care, and a quarter of the time when first-choice drugs weren’t available, their alternatives were also on the short list.

That research didn’t account for something like a global pandemic that has leaders across the world scrambling.

Here are some of the supplies that might be difficult to find in the near future.

Michael Ganio, PharmD, is senior director of pharmacy practice and quality for the American Society of Health-System Pharmacists, a group that tracks drug shortages.

He says saline shortages are “always a concern,” namely after Hurricane Maria wiped out a major saline manufacturer in Puerto Rico in 2017.

“We are in shortage of these drugs and we have been in shortage for a few years,” Ganio told Healthline. “It can affect how we respond to an emergency. It can delay it.”

These medications are going to be especially hard to come by in COVID-19 hotspots, such as Seattle and New York City, he says, leaving emergency caregivers to resort to their second- or third-line alternatives.

Further down the line, Ganio says, they could be using sixth- or seventh-line alternatives.

But hospital systems have the infrastructure to pull necessary supplies, such as saline and injectable pain medications.

They can also enact conservation strategies, such as using the smallest amount needed.

“It’s too early to say we’ll be out of everything,” Ganio said. “This is absolutely unprecedented.”

A drug for malaria, lupus

Hydroxychloroquine — sold under the brand name Plaquenil — is an obscure drug, unless you have malaria, lupus, or rheumatoid arthritis.

It’s gained plenty of notoriety lately, as its use in some COVID-19 patients has shown promise. But its effectiveness at combating the disease is still being studied and disputed.

Dr. Magdalena Cadet, an assistant professor at the NYU School of Medicine, says since President Donald Trump highlighted the use of hydroxychloroquine in some COVID-19 treatments, people with autoimmune diseases have reported shortages at their pharmacies across the nation.

“Clinical studies for use of these drugs looking at efficacy and safety for COVID-19 is still needed, but the drug is available if needed,” Cadet told Healthline. “There are other treatments that can be used for lupus and RA. However, Plaquenil is widely used for the treatment of lupus and the stabilization of the immune system.”

Kenneth M. Farber, president and CEO of the Lupus Research Alliance, says “preliminary” research shows hydroxychloroquine has been shown to be helpful in treating people hospitalized with COVID-19.

“It makes sense in those patients,” Farber told Healthline. “It’s good to try it on people who are in the hospital.”

The problem, he says, is that people not showing any symptoms are getting outpatient prescriptions for the drug when there’s “practically no evidence this will help them recover at home.”

This leaves lupus patients who depend on hydroxychloroquine to control their symptoms facing an immediate short supply.

“They’re not able to fill their prescriptions,” Farber said. “It’s not available at pharmacies in New York.”

Jessica Nouhavandi, PharmD, the lead pharmacist, founder, and CEO of the online pharmacy Honeybee Health, says she’s seen cases where dermatologists and plastic surgeons are prescribing hydroxychloroquine for their clients and themselves in hopes of having the drug should they need it to treat COVID-19.

Others are hoarding inhalers and antibiotics in an attempt to be prepared.

“They’re taking it away from people who need it,” Nouhavandi told Healthline. “People are scared and they are hoarding. We’re seeing other pharmacies hoarding.”

There are also reports of a shortage of rubbing alcohol, something that people with diabetes and other chronic medical conditions frequently use.

Consumers as well as hospitals have apparently bought up rubbing alcohol to use as a disinfectant. It’s also being used by people as an ingredient in homemade hand sanitizers.

An official at Hydrox Laboratories told Kaiser Health News that some distributors are ordering five times as much rubbing alcohol as they normally do. Most of that product is headed toward medical facilities.

That is causing problems with people with diabetes who use rubbing alcohol to disinfect their skin before injecting insulin.

How manufacturing is affected

Another main challenge facing the U.S. drug supply is where most of its pharmaceuticals come from: China and India.

Those two countries have had to shut down major parts of their economies to help stop the spread of the COVID-19.

“The supply chain is a long and complicated one,” David Light, CEO of Valisure, a drug-testing lab and pharmacy, told Healthline.

Light says he’s worried about the disruption in the drug supply chain and the quality of the drugs being produced now and in the near future as countries return to producing drugs to not only meet the demand but also recoup some of their lost revenues.

“I think we’re in for a lot more, in terms of drug supply,” he said. “It’s a greater health threat than toilet paper.”

There were reports earlier this week that the world might face a condom shortage due to the COVID-19 pandemic.

One of the main reasons is a plant in Malaysia that manufactures 20 percent of the world’s condoms was shut down during a government lockdown in that country.

That company was given permission to restart production on Friday, but with only 50 percent of its workforce.

Another company in Thailand is trying to fill the gap by increasing its output of condoms.

Officials at Trojan said there isn’t a shortage yet of their products.

In a statement to Healthline, the company also expressed concerns about restrictions being put on condom sales.

“Despite recent concerns of a looming condom shortage, Trojan brand condoms can currently be found on shelves at retailers nationwide. Some online retailers have recently classified condoms as ‘non-essential’ items, increasing shipping time up to 30 days.

“The makers of Trojan believe condoms are ‘essential’ items that protect against STDs and unintended pregnancies. We hope these retailers reconsider classifying condoms as ‘essential’ and speed their online deliveries to all, helping couples stay safe and protected during this unprecedented time,” said Bruce Weiss, vice president of marketing at Trojan Brand Condoms. 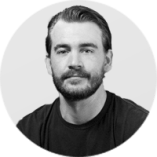