Rockland County announced that beginning at midnight on March 27, anyone 18 years of age or younger who is not vaccinated against the measles will be barred from public places until they either receive the measles-mumps-rubella (MMR) vaccination or when the declaration expires in 30 days.

The county has been at the center of one of the worst measles outbreaks in the United States in years. As of March 27, 2019, there have been 155 confirmed cases of measles in Rockland County.

This is the sixth outbreak to occur in the United States this year.

“The current measles outbreaks around the U.S. (and the world) are concerning as we are seeing high numbers of cases and spread to several states,” Dr. Amesh Adalja, an infectious disease specialist and senior scholar at the Johns Hopkins Center for Health Security, told Healthline.

“This is a completely preventable occurrence and represents the dangers of the anti-vaccination movement whose actions threaten to drag the world back to a primitive era in which vaccine-preventable infections ran rampant,” Adalja added.

Measles is highly contagious and spread through the air

Since January 1, 2019, there have been approximately 314 reported cases of measles across 15 states, according to the .

The states with the highest activity include California, Illinois, New York, Texas, and Washington.

The recent outbreaks are connected to travelers who have brought the measles back to the United States after traveling abroad, the CDC reported.

Measles is one of the most contagious viruses in the world. It usually starts with a fever, a cough, a runny nose, and inflamed eyes. Some people may get small, white spots on the inside of their mouths or a rash that spreads from the face to the body.

In more serious cases, it can cause pneumonia, deafness, brain damage, and even death.

The respiratory disease is an airborne disease, which means it spreads when a person coughs, sneezes, or talks and expels nasal and throat secretions into the air. The virus can “stay alive” in the air or on surfaces for up to two hours.

For people who lack immunity or who have not been vaccinated, 90 percent who come into close contact with the virus will become infected.

“It’s a bit like a heavy rainfall, your chances of getting wet are really high. The way to prevent measles is to get the vaccine — the equivalent of using an umbrella,” says Dr. Rishi Desai, a pediatric infectious disease physician and chief medical officer at Osmosis, an online resource for medical students.

Areas with low vaccination rates are hotspots for the disease

Several experts say vaccine hesitancy and low vaccinations rates seen in certain pockets across the United States are to blame.

These areas have been hit the hardest by the measles outbreaks, Rockland County being one of them.

“The New York outbreak is being fed by a highly under-vaccinated group of people in which the virus had little or no resistance to spread,” Adalja said.

The MMR vaccine is a very safe, effective way to prevent the disease. It’s given in two doses and is up to 97 percent effective at preventing infection. Though some may experience side effects — including muscle aches, rash, and fatigue — these symptoms are typically mild and short-lived.

To contain measles, more people need to get vaccinated

The trick to beating the outbreaks is clear and simple: get vaccinated.

“Measles preys upon people that aren’t protected. So as long as there are clusters of children and adults that aren’t getting the measles vaccine, we will likely continue seeing outbreaks in those communities,” Desai explained.

In order for population to maintain immunity — known as herd immunity — vaccination rates must reach 95 percent. The theory here is that if most of a population is protected against a disease, it won’t be able to spread throughout the community.

Ideally, the virus will be confined to the anti-vaccination “hotspots” and will be repelled when it encounters an area with herd immunity, explains Adalja.

Although measles immunization in the United States is high — — certain communities continue to refuse vaccines, triggering outbreaks across the nation.

“These outbreaks are unfortunate and preventable. We need to get the message out to folks that vaccines save lives and prevent these terrible illnesses in the first place,” said Desai.

A county north of New York City declared a measles emergency Tuesday, marking the sixth outbreak to occur in the United States this year. Health experts say low vaccination rates in certain pockets of the country are to blame. The best way to avoid catching the measles it to get vaccinated. 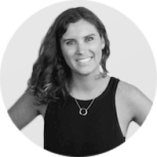