Most people with type 2 diabetes don’t need to make radical changes in their lifestyle or calorie intake to get their blood glucose levels back into the normal range.

Nine of 10 people who reduced their body weight by just 10 percent within 5 years of being diagnosed with diabetes were able to achieve remission from the disease, according to a new study from the University of Cambridge in the United Kingdom.

“This reinforces the importance of managing one’s weight, which can be achieved through changes in diet and increasing physical activity,” Dr. Simon Griffin, a University of Cambridge researcher and study senior author, said in a press release.

No need to go to extremes

In past studies, researchers have reported that people who followed an intensive, low-calorie diet for 8 weeks — aimed at cutting 700 calories per day — were often successful in normalizing their blood sugar.

The new Cambridge study, led by Hajira Dambha-Miller, PhD, of the school’s department of public health and primary care, is one of the few demonstrating that a less intensive intervention also can be effective in controlling the disease.

Researchers studied data on 867 people ages 40 to 69 who were newly diagnosed with diabetes. They found that 257 participants (30 percent) in the ADDITION-Cambridge clinical trial were in remission from diabetes 5 years after diagnosis.

“We’ve known for some time now that it’s possible to send diabetes into remission using fairly drastic measures such as intensive weight loss programs and extreme calorie restriction,” Dambha-Miller said in a press release. “These interventions can be very challenging to individuals and difficult to achieve. But our results suggest that it may be possible to get rid of diabetes, for at least 5 years, with a more modest weight loss of 10 percent.

“This will be more motivating and hence more achievable for many people,” she added.

Overall, those who lost 10 percent or more of their body weight within 5 years of diagnosis were twice as likely to be in remission as those who did not achieve significant weight loss, according to the study.

Losing that amount of weight was most effective among newly diagnosed participants, but it also worked to stabilize blood sugar in about half of people who have had diabetes for a number of years.

“When patients first get the diagnosis of diabetes, they’re often very motivated to make changes,” Julie Stefanski, a dietitian and spokesperson for the Academy of Nutrition and Dietetics, told Healthline. “The further removed they are from the diagnosis, often the less likely they are to take steps to improve their health.”

Studies have shown that type 2 diabetes can be managed by a combination of lifestyle changes and medication.

A 2006 study published in the journal Diabetes, for example, reported rapid stabilization of blood glucose levels among people who had undergone bariatric surgery for weight loss.

In a 2018 analysis of dietary and nutritional interventions published in the journal , Nita Forouhi, PhD, a University of Cambridge researcher, said health experts broadly agree that weight loss is the “cornerstone” of diabetes interventions.

However, she noted some obstacles.

“The idea of being on a diet for a chronic lifelong condition like diabetes is enough to put many people off, as knowing what to eat and maintaining an optimal eating pattern are challenging,” Forouhi said.

“While a fad diet may take off weight quickly, changes that actually help prevent weight regain are the most important for long-term health,” Stefanski said.

She said a good place to start is to cut back on extra food that’s consumed above and beyond what’s needed to satisfy hunger.

“Making changes that keep weight off, whether it’s for 6 months or for 5 years, means making changes to our relationship with food, our environment, and our habits,” she said

Doctors may hesitate to discuss dieting with their patients either because they lack knowledge about effective programs or don’t have the time to craft a diet plan during office visits, according to Forouhi.

Stefanski noted that a core component of the study was a referral to a registered dietitian by the primary care physician making the diabetes diagnosis.

“One of the most important points we can take away from this study is not only that weight loss can help diabetes, but that individuals need to get screening so that they know that they have diabetes,” she said. “According to the U.S. Centers for Disease Control and Prevention, 7.2 million Americans have diabetes but don’t know it. It’s important not to assume that your blood sugar levels are good, and ask your doctor to check.”

The study will compare the effectiveness of two weight loss programs among people who have been diagnosed with type 2 diabetes within the past 3 years and have not previously been involved in a structured weight-loss program.

In their earlier study, Forouhi and her colleagues noted that increased consumption of fruit and vegetables is often the dietary advice given to people with diabetes who are trying to lose weight.

However, the cost of fresh produce relative to processed foods can also be a barrier to some, the researchers said. 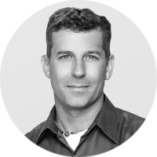 More in Real Health, Real Human: Life to the Fullest with Type 2 Diabetes