Written by Ann Pietrangelo on November 11, 2019

You go in for a mammogram that’s fully covered by your health insurance policy.

Then comes the callback. Something isn’t quite right.

To find out, you may need another mammogram. Or ultrasound, breast MRI, or maybe even a biopsy.

But after that first mammogram, you’ve left “screening” behind and entered the “diagnostic” testing zone.

Diagnostic tests may not be covered under your policy. And they’re expensive.

So expensive that it can cause some women to delay or skip follow-up testing.

A delay in diagnosing breast cancer can allow the disease to spread, leaving you with fewer treatment options and affecting your outlook.

Since the Affordable Care Act (ACA) became law, most health policies must cover certain elements of preventive care for women. That means no out-of-pocket costs as long as you stay within your provider network.

For women over age 40, this includes breast cancer mammography screenings every 1 or 2 years with no out-of-pocket costs.

A 2019 study conducted by The Martec Group for Susan G. Komen found a lot of variation in the costs of follow-up tests.

The price of a diagnostic mammogram averages from $172 under Medicare to $239 with private insurance. Ultrasound averages range from $54 to $100.

Breast MRI costs an average $615 under Medicare and $1,073 with private insurance.

When you consider that more than one test may be needed, it can add up to a big bill.

The researchers found that some women cancel tests when they learn the price. Others decide to wait for a variety of other reasons.

He told Healthline that you should be able to have the facility provide a written estimate before scheduling the tests.

“This should outline those benefits that are covered, at what rate, deductibles, and copayments. Most facilities also have what is called a ‘cash price.’ This is billed directly to the patient and may not have to be paid at the time of service. If the patient chooses this latter process, the payments will not be applied to the patient’s insurance deductible limits,” Reitherman said.

She told Healthline it can be difficult to get a clear answer about costs.

“Each insurance policy is different, and the people calling back may not know what tests are needed. Also, you could go in thinking you’re having another mammogram, then the radiologist says you need an ultrasound as well. You won’t know, nor will the imaging center know, until they get a second image,” Brown explained.

“Probably the safest thing for an individual to do is to contact their insurance company to get information about their policy,” she continued.

Reitherman notes that between 90 and 95 percent of women will have normal mammograms. The rest will require additional testing.

Even if those additional test results are noncancerous, some women may need a repeat mammogram or ultrasound in 6 months.

Brown says it’s not a problem you’re likely to have on the day of a screening mammogram.

“Typically, a technologist takes images and looks for good quality. When they are satisfied, the patient is released. It’s unusual for a screening mammogram to involve anything aside from those four screening views,” Brown said.

Mammograms are usually read in batches within a day or two.

“Depending on the process of the particular facility, you’ll receive a phone call from your doctor, the facility, or a note in the mail letting you know to come back,” Brown said.

According to the American Cancer Society, false positives are most likely to happen with the first mammogram.

Having previous mammograms for comparison can reduce the odds of a false positive by 50 percent.

Brown notes that younger women are also more likely to have dense breast tissue. Without a prior mammogram for comparison, this can be a challenge.

“It’s harder to identify cancer in dense breasts. Dense breast tissue looks white. Cancer, and even benign tumors, also appear white. I heard a radiologist describe it as ‘looking for a polar bear in a snowstorm,’” Brown said.

Reitherman says this is called “masking.”

“Masking can be mitigated by techniques that are sensitive independent of breast density, such as ultrasound and MRI,” he said.

Brown says there’s no clear guideline to tell physicians what to do on the basis of breast density on a mammogram.

“They have to consider the patient’s risk of breast cancer, their degree of anxiety, and personal preferences to inform what the referring physician might advise as the next step,” she said.

Reitherman says women should ask for some objective measure of personal risk based on reproductive status, current age, previous biopsies, and family history of breast or ovarian cancer.

“Oftentimes the facility performing the mammogram will render this particular information in a report that goes to the ordering physician or healthcare provider. It will describe terminology, such as 5- or 10-year risk or lifetime risk of developing breast cancer. I recommend that all women request a copy of this report. The woman has a legal right to a copy,” Reitherman said.

He also believes you can take time for due diligence.

“Within a month is a good bookmark to have testing unless you’re told otherwise,” Reitherman said.

“People need perspective on how urgent it is. Every facility should have the ability to give a written estimate of deductibles and costs based on insurance. And when called back, the vast majority of women will not have cancer,” he said.

Brown recommends asking questions about what was seen on the image that prompted the callback.

She told Healthline she had her first screening mammogram at age 40 and was told to “stick around” for an ultrasound.

When she asked why, she was told that “women usually have to get an ultrasound anyway, so I thought I’d save you some time by getting it done today.”

Being a nurse practitioner and patient advocate, she knew the ultrasound wasn’t necessary and that it would be an out-of-pocket expense. She declined.

“Patients should always ask if tests are really necessary and how much they will cost. By the way, my mammogram was completely normal, and an ultrasound was in no way warranted,” Polson said.

So, what happens when women are faced with financial issues on follow-up exams?

“Once a woman has been through being called back and faced with unanticipated expenses, she may be less likely to pursue needed follow-up exams next time. Delayed diagnosis has implications for treatment and ultimate outcome,” Brown said.

A found that every year, more than 12 million women get follow-up tests after a screening mammogram. It comes with a price tag approaching $8 billion.

Skipping necessary follow-up testing comes with a price, too.

The longer it takes to get a diagnosis, the faster 5-year survival rates decline. 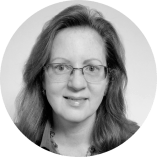 Written by Ann Pietrangelo on November 11, 2019