Class Clown or Bookworm? What Your Personality in High School May Say About Your Risk of Dementia 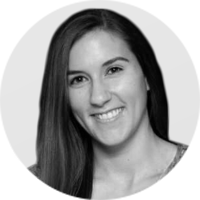 Whether you’re the bookworm or the class clown in high school, your personality could have an association with your risk of dementia later in life.

A new longitudinal from a team of researchers under the name of Project Talent examined 10 personality types across socioeconomic statuses and life stages.

The researchers surveyed more than 80,000 participants across state schools during their adolescence in 1960 and then again when the participants reached their late 60s and early 70s.

The researchers reported that the calmer, more vigorous, and more mature students in high school had a lower risk of dementia later in life.

Any cause for concern?

When taken together, they reflected the full scale of personality traits that are commonly assessed today.

However, researchers could not establish a direct cause and effect from the traits to dementia.

“Previous research has identified certain personality traits that are associated with dementia diagnoses, but, given that personality is assessed so closely to the time of diagnosis, it is unclear if these traits serve as risk factors, or if they are simply expressions of underlying pathology,” Peters told Healthline.

In other words, it’s too early to tell whether a certain personality type serves as an independent risk factor for dementia later in life or if the personality type is a reflection of preexisting disease.

For now, it’s best to think of personality traits as protective factors against dementia later in life.

“Given that there may be some loose connection, observational at best, between being a bookworm as an adolescent and tending toward studious behavior, it seems fitting that a personality that leans into learning at a young age, might benefit from a greater cognitive reserve decades later,” Kevin Jameson, volunteer president of the Dementia Society of America, told Healthline.

“Evidence of this association lends support to the hypothesis that certain personality traits serve as protective factors against later-life dementia,” added Peters. “These [traits] are not to be confused with causal factors.”

This is an important distinction because “while this study is interesting, it shows only an association and not a cause/effect relationship between adolescent personality type and late-life dementia risk,” Heather Snyder, vice president of medical science relations at the Alzheimer’s Association, told Healthline.

Without a clear causal link between personality type and dementia risk, the ability to use this information in any preventative way is limited.

For example, Snyder says, “There is not enough evidence at this time to suggest that an intervention strategy for personality type in high school would be effective.”

How to use this information

So maybe researchers haven’t cracked the code to predicting and preventing dementia based on stereotypical personality types, but they have expanded on the conversation about personality traits as protective factors and later-life dementia risk.

Independent of who you were in high school, adopting a healthy lifestyle today is a positive way to minimize any risk factors, causal or otherwise.

“While researchers work to determine more concrete recommendations,” said Snyder, “we can adopt healthy habits like eating a balanced diet, exercising, and getting good sleep to maximize our opportunity to reduce risk for cognitive decline.”

While Jameson isn’t a medical professional, his insight comes from personal experience with his late wife, Ginny, and continues with his many roles as founder, chief executive officer, and president of the Dementia Society of America.

“Cognitive reserve and brain plasticity are two hallmarks of brain health,” he said. “Even later in life we have the opportunity to increase both markers for excellent cognition through exposure to new and novel thinking and doing, as well as improvements in our overall environment.”

“Good brain health, as it turns out, is both nurture and nature,” he said.

Jameson suggests implementing the following “environmental improvements” to help reduce your risk of cognitive decline over the years:

Snyder reminds us that no matter who we were in high school, “It’s never too late to start living a healthy lifestyle.”